Out in the Open

Freed from long-term storage, this '75 Corvette gets to show off its colors. 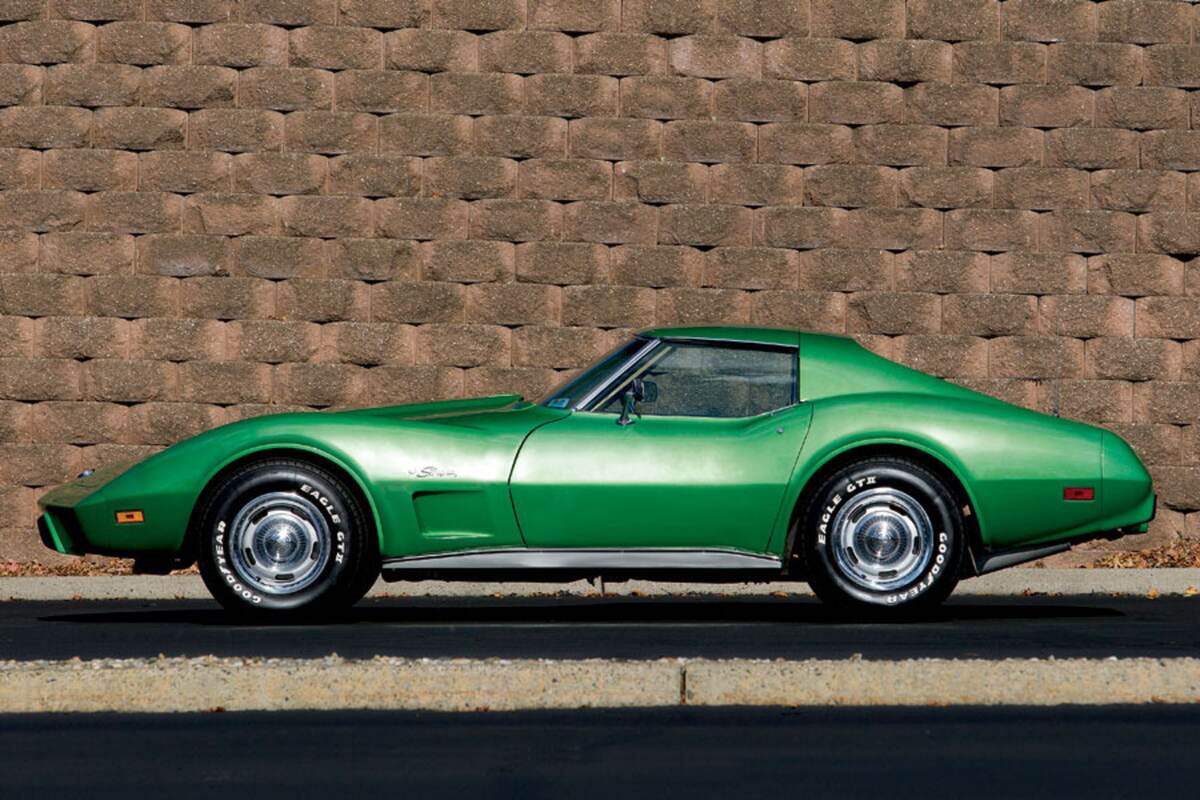 KEVIN SMITH HADN’T PLANNED ON BUYING A CORVETTE—the opportunity just kind of fell on his lap. He’d been living in Linden, New Jersey for about five years and had befriended his neighbor Joseph Camasta, who had a green ’75 Corvette in his garage. But it wasn’t driven very often and was never left out on the driveway, so Smith rarely thought about the car. That is, until the day Camasta offered to sell it to him.

In 1974, Camasta’s 21-year-old son, Joseph, Jr., had bought the ’75 Corvette new. He’d just landed a job with the Newark, New Jersey fire department and bought the sports car as a way of celebrating. As a fire chief in Linden, Joseph, Sr. was certainly proud to see his son follow in his footsteps. A few years later, this heart-warming picture was shattered by cancer. In 1978, at just 25 years of age, Joseph, Jr. succumbed to Hodgkin’s disease.

For the next 21 years, Joseph, Sr. kept the Corvette in his garage, driving it only to keep the battery charged and the fluids circulating. Other than the oil, nothing was changed on the car—including the tires. When Camasta offered to sell the Corvette to Smith, it had just 9,000 miles on the odometer. He had wanted to pass the car on to someone he knew, preferably a friend; Smith fit the bill. 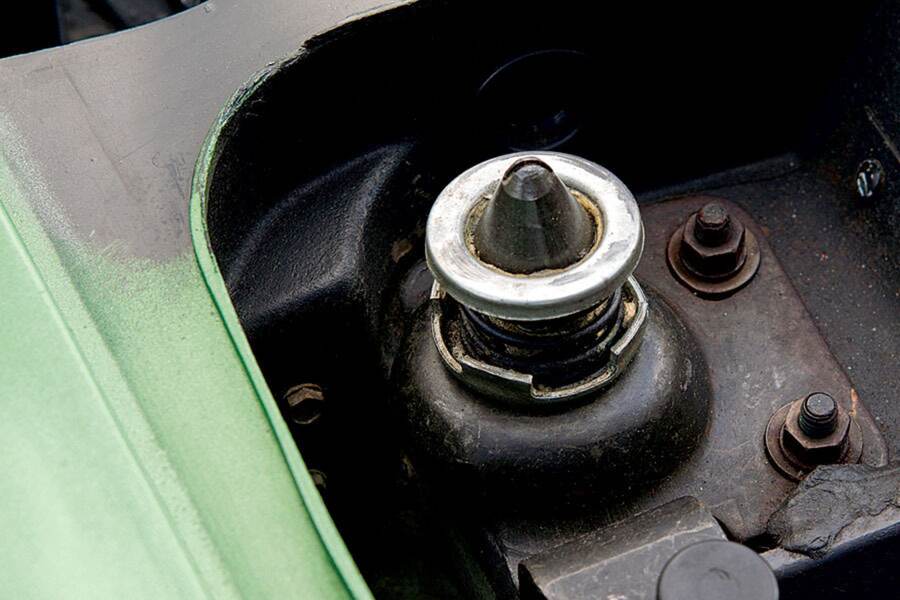 As it had come out of the blue, Smith was a bit stunned by the offer, and he didn’t immediately have an answer for Camasta—he also didn’t have the cash. Smith did, however, have a Harley-Davidson Sportster he could sell to help raise the necessary funds; within a week, he had found a buyer for the bike. He went over to Camasta’s and declared, “Joe, I’ll take the car.” Without any money having changed hands, Camasta immediately drove the Corvette across the street to its new home and handed Smith the keys.

Smith had owned several Chevies before, but never a Corvette. Back in the ’70s, he had a ’63 Chevy sedan, then moved up to a ’63 coupe in which he installed a 327-cubic-inch V8. “It was my hot rod,” he recalls. Even hotter was the Camaro big block he later owned. Naturally, he was attracted to Corvettes, but he never thought he could afford one—certainly not a new model. But then the modern machinery doesn’t appeal to Smith, he much prefers older cars.

SMITH WAS FLABBERGASTED BY THE CORVETTE’S ORIGINALITY. Absolutely nothing had been changed mechanically. The ’75 model was the first Corvette to have a catalytic converter. The setup was a power robber mostly because the exhaust manifolds fed into a single cat before separating back out into dual exhaust tips. As a result, the base L48 engine produced just 165 horsepower—the lowest output of any Corvette V8. Not surprisingly, the stock exhaust system was usually one of the first things to go on mid-’70s Corvettes. The same was true of the air pump, a belt-driven device that directed air into the exhaust manifolds in order to reduce tailpipe emissions. Both of these parts were present and accounted for on Smith’s ’75. 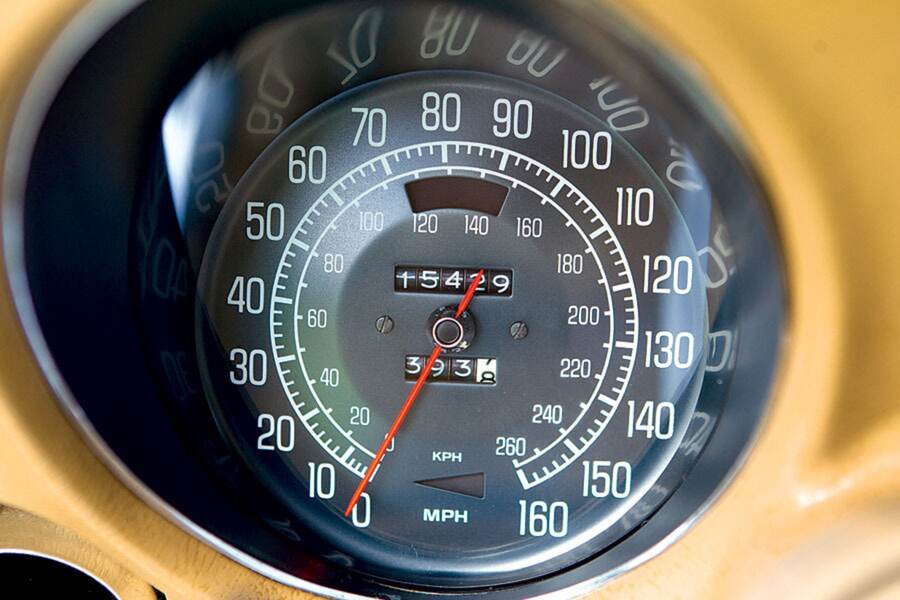 An automatic transmission-equipped coupe, this Corvette has a fairly long list of options, including air-conditioning, tilt/telescopic steering column, power steering, power brakes and an AM/FM radio. Joseph Camasta, Jr. certainly didn’t skimp when it came to ordering his Corvette. He also chose to go with a bright color—literally, Bright Green. Not all that many other customers went down this path; just 1,664 ’75 Corvettes (out of 38,465) were painted this one-year-only color.

Though Bright Green ’75 Corvettes aren’t exactly rare, ones that have never been repainted are highly unusual. Thanks to its lack of use and garage storage, this Corvette’s paint has held up remarkably well. However, the paint on the urethane bumper covers had yellowed markedly and begun to crack by the time Smith bought the car. The Corvette had lost is chrome front bumper in 1973 and its shiny rear one in 1974, but the process of painting the rubber covers had yet to be perfected in 1975—and it shows.

Hesitant to alter anything on the car—though new tires were mounted right off the bat—Smith put up with the decrepit appearance of his Corvette’s bumpers for a number of years. In December 2004, he decided to have the bumpers repainted, handing the 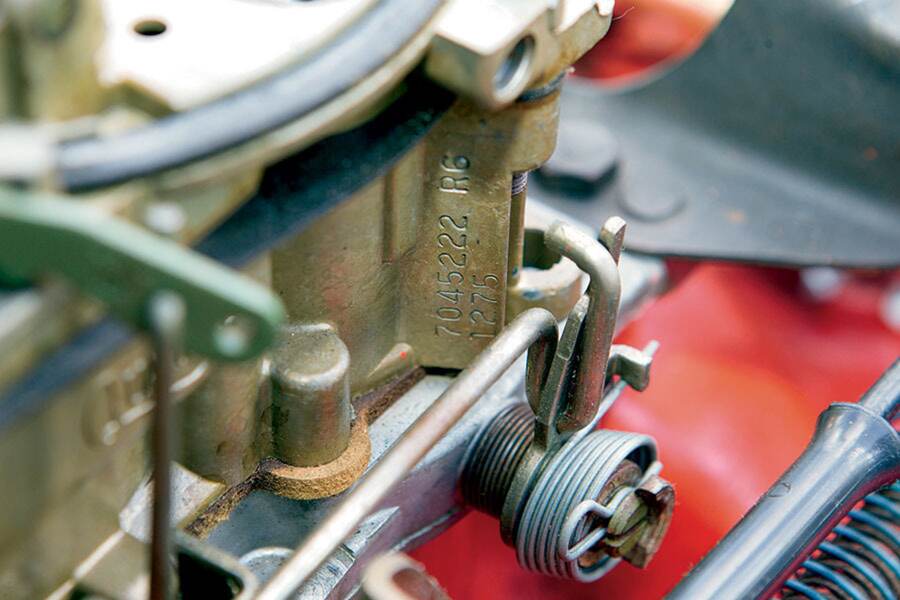 car over to Rob English at Restoration Connections in Mays Landing, New Jersey. English replaced the bumper covers with reproduction items then shot them Bright Green, taking pains to make sure the new paint blended into the existing color. “He did a bang-up job,” says Smith, who says that he’s never seen another ’75 Corvette with the same exterior color in the 12 years he’s owned the car. Many people are surprised to learn it is a factory color; they often assume the car sports an aftermarket respray.

National Corvette Restorers Society (NCRS) judges, on the other hand, know exactly what they’re looking at. Smith’s car has earned Top Flight status at two NCRS events thus far. The car’s originality and mostly unrestored state have been praised by judges. They’re impressed by such things as the water pump being the same item that was bolted on at the St. Louis assembly plant, and that inspection stickers are still present.

The Corvette garners less attention and fewer awards at local “beauty shows,” says Smith. Removed from the the cognoscenti, this ’75 coupe is just another Corvette. It doesn’t have a big-block engine, an elaborate stereo system or acres of chrome. Nevertheless, Smith enjoys entering his car in such events and has plenty of trophies to show for his efforts. He’s become expert in the art of concours preparation. “You learn by doing,” says Smith of his self-taught techniques. 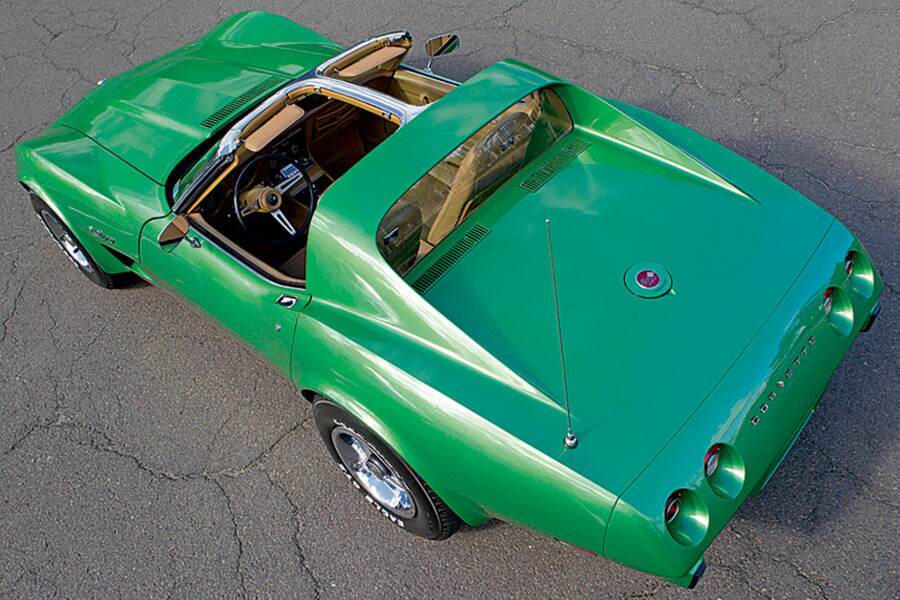 THE CORVETTE HAS NEVER GIVEN SMITH A LICK OF TROUBLE. In the course of maintaining it, he has only needed to have the spark plugs replaced. On the other hand, the odometer reading hasn’t changed all that much. It now reads just over 15,000 miles.

Smith does drive the car regularly, though, usually down the Jersey Shore, with destinations such as Seaside or Wildwood. The longest drive he’s taken it on was from Linden down to Atlantic City, a roughly 100-mile journey. Smith says the Corvette got lots of attention in that party town, which he ascribes to its paint color, as well as its vintage appearance.

Interestingly, a totally different demographic is attracted to it for the same reasons: “Kids really love it,” Smith says, noting that the car causes a stir when he drives by the local grammar school. No longer sequestered away in a garage, this Corvette is out being seen. According to Smith, this fact greatly pleases Joseph Camasta, Sr., who despite moving away from Linden, still likes to hear about his son’s Corvette. 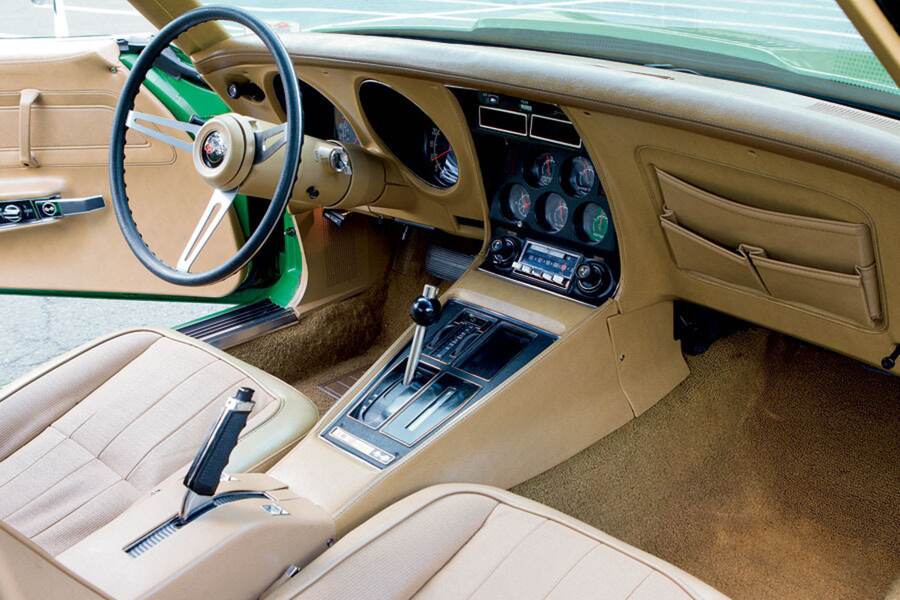 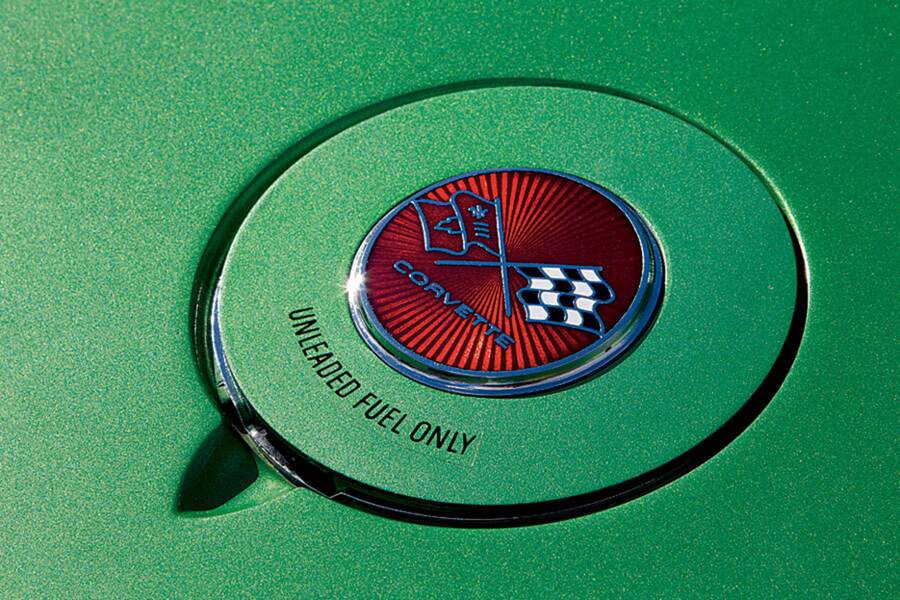 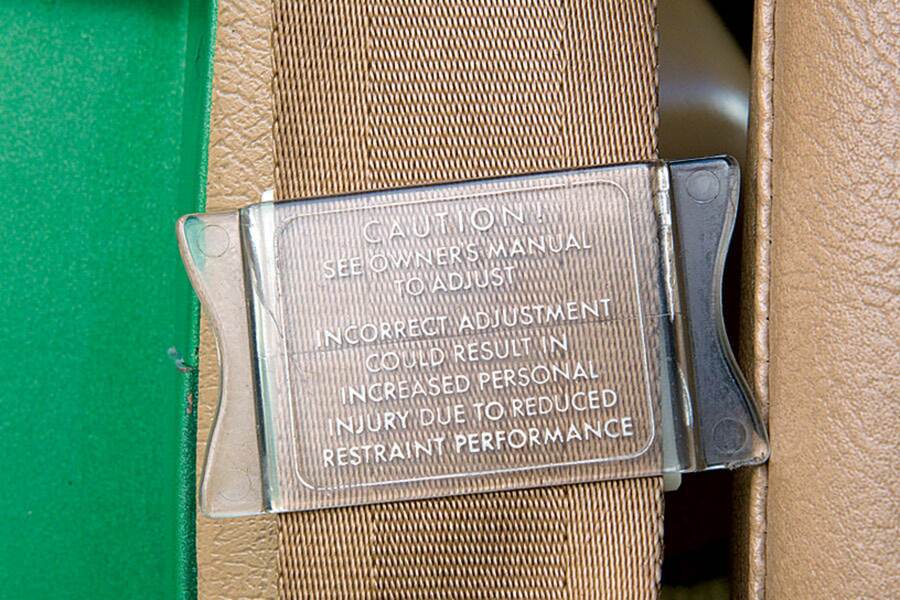 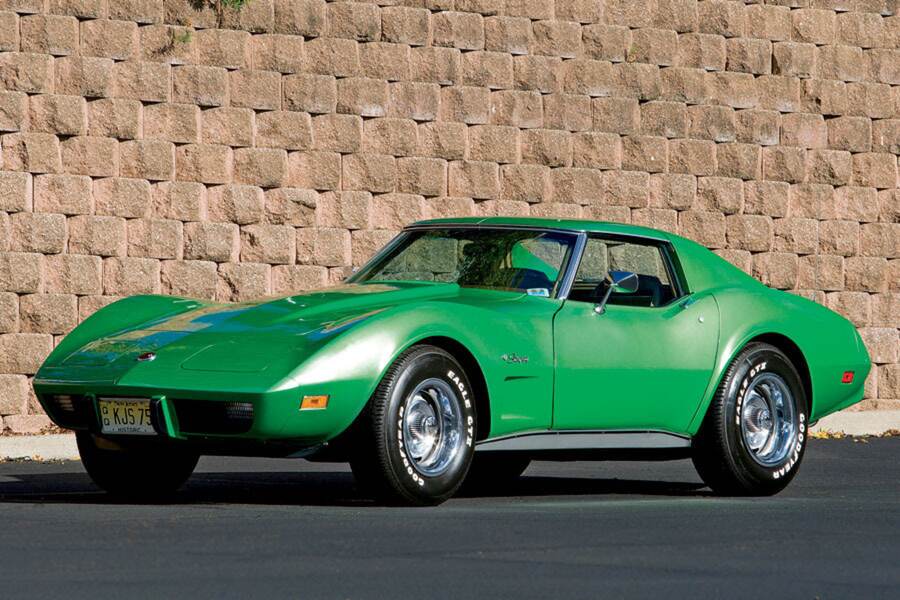 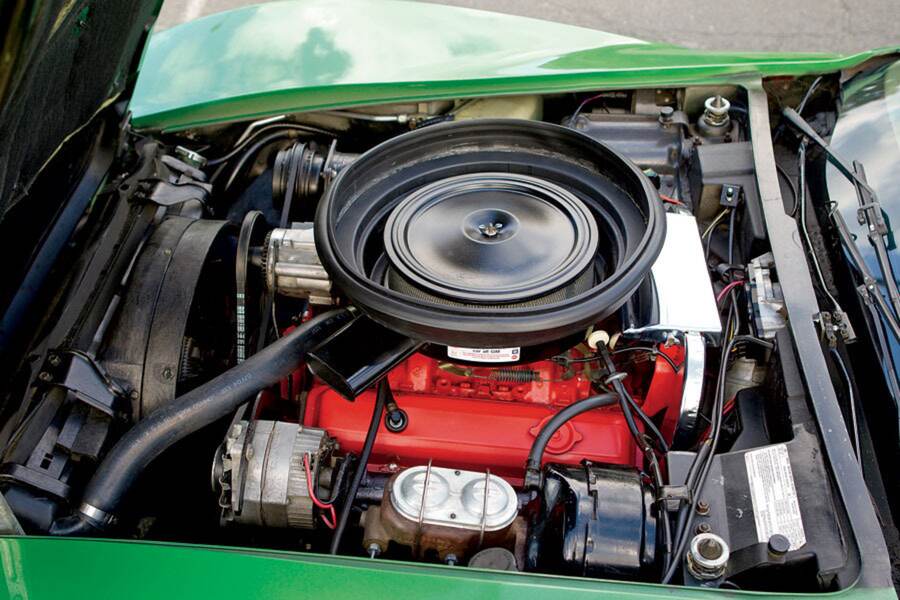 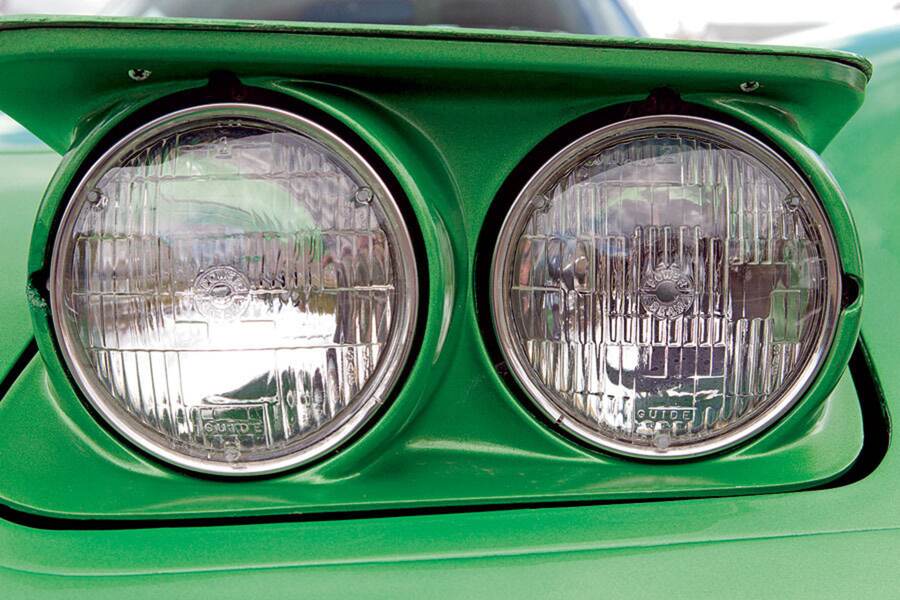 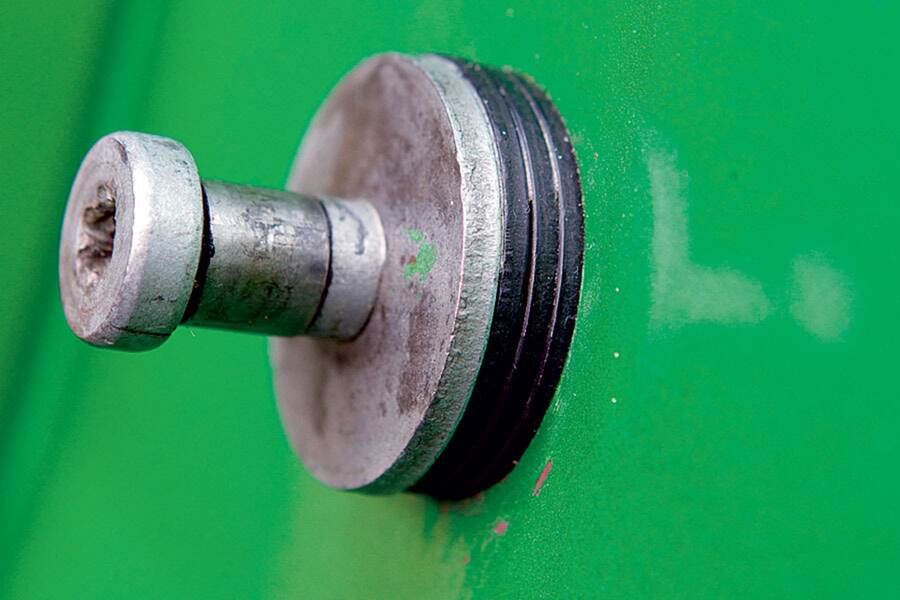 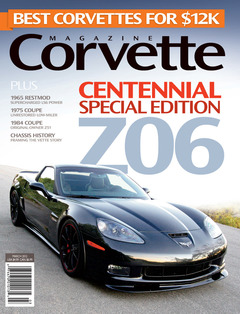