When this ’91 Corvette was passed from one family member to another, it was clear what needed to be done. 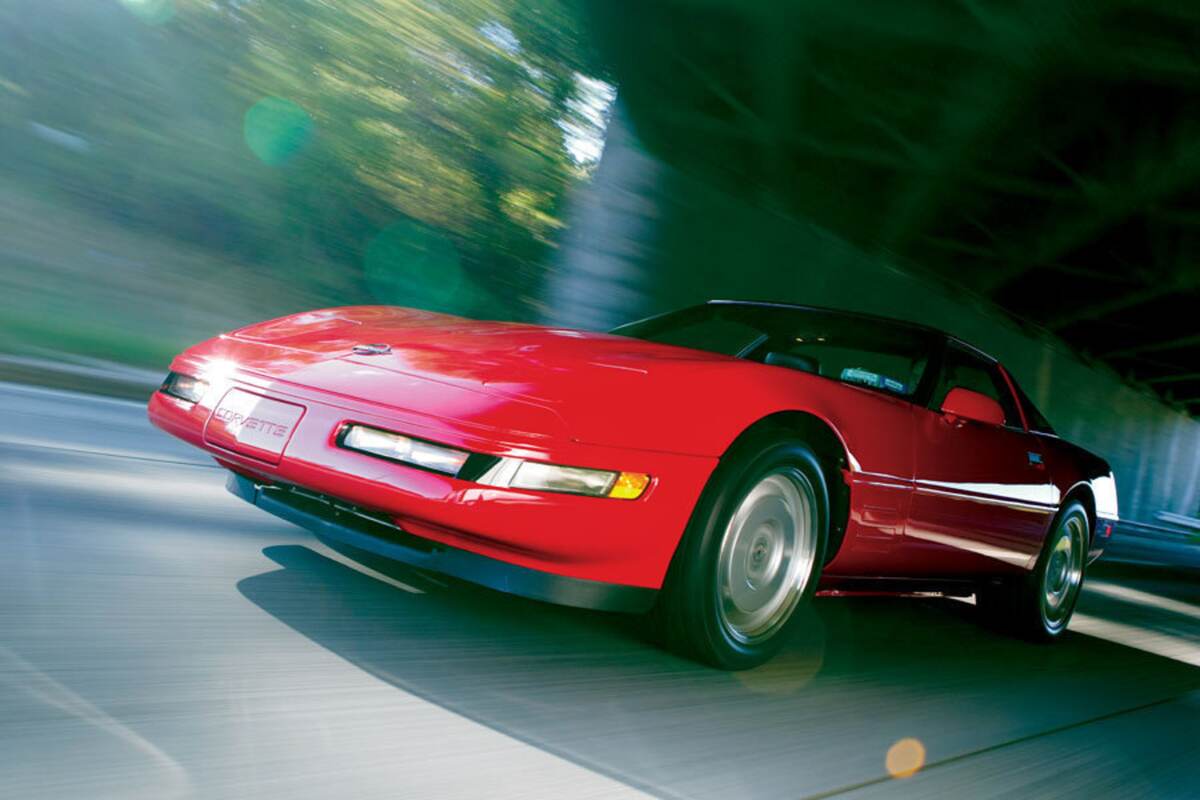 Most Corvette enthusiasts don’t associate C4s with National Corvette Restorers Society judging. Though it’s been well over two decades since its debut, the fourth-generation machine still seems too new to be thought of in the same light as these mavens of originality. But beginning way back in 1997, the NCRS started judging C4s and established the McLellan Mark of Excellence Award—named in honor of former Chief Corvette Engineer David McLellan, who oversaw the development of the C4 before retiring in 1996. It was this honor that Quentin Nieman set his sights on, having inherited a pristine 1991 coupe in October 2005.

Nieman’s cousin, John Denise, purchased the red Corvette in Louisiana in 2002. Already a decade old at this point, the heavily optioned, low-mileage (less than 18,000 miles) C4 was in remarkably good condition and entirely stock—its air filter, fan belt and tires were all original-equipment items. In other words, it was far from the average C4 you would have found for sale at the time.

This Corvette was also special because it was fitted with the Z07 Adjustable Suspension Package. This included not only the FX3 Selective Ride and Handling (adjustable shocks) option, but also the Z51 option’s stiffer springs, sway bars and bushings, and heavy-duty brakes, as well as the KC4 oil cooler. While a total of 733 coupes rolled out of Bowling Green with this racy setup, only 169 of those had their 245-horsepower 5.7-liter L98 V8 engines paired with automatic transmissions; Denise’s was one of them. 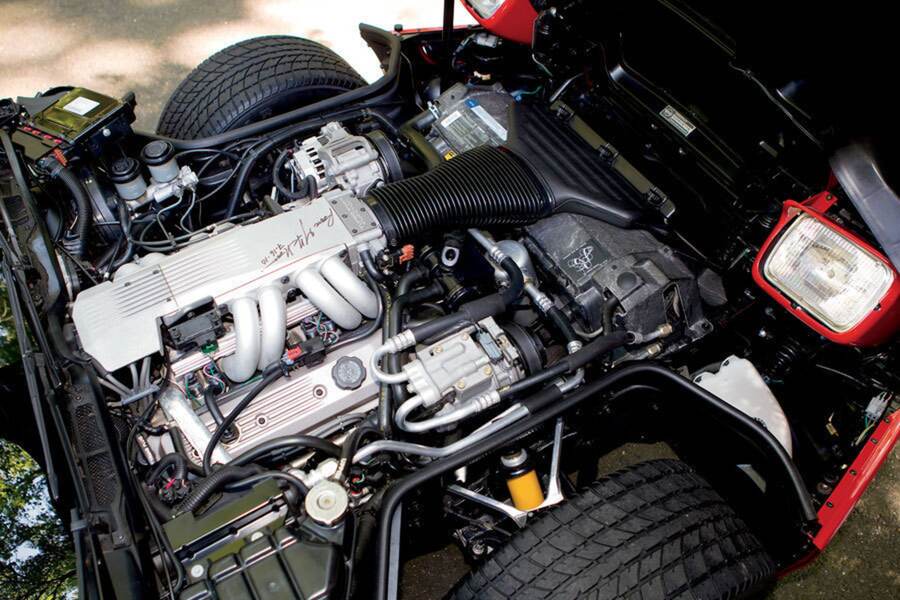 After moving to Florida, Denise began preparing the ’91 for show duty — this Corvette wasn’t destined for the daily grind. Sadly, Denise passed away before he could show the car. In his three years of ownership, he had put only 143 miles on the machine, so focused was he on his goal.

Wanting to keep the Corvette in the family, Denise’s sons, John Jr. and Phil, decided to give it to Nieman. They knew he was a Corvette enthusiast—he had owned several Vettes in the past, including a ’57, a ’63 split-window (sold to buy an engagement ring), a ’69 and a ’92—one who could complete the job their father had left unfinished. He was honored by their generosity, and vowed to keep up his end of the bargain.

Fortunately for Nieman, there was very little that needed to be done to the car. Cosmetically, it was outstanding. The original Bright Red paint (couldn’t Chevrolet have come up with a more original name than that?) was in excellent condition. For a C4, the red interior was in particularly fine shape—rapid wear is a well-known fourth-gen bugaboo. “It only needed a good cleaning and detailing,” says Nieman. 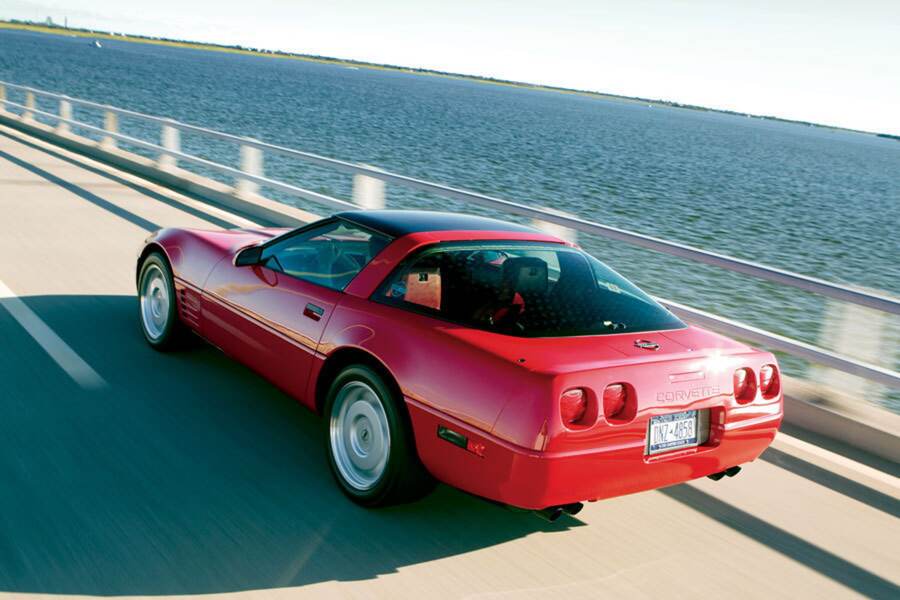 Electrically, however, the car suffered from a number of gremlins. The ABS system did not work properly, one of the window switches was faulty, a headlight motor was on the fritz, the Bose amplifier no longer pumped up the volume and two tire sensors were out of commission. These maladies likely sound familiar to C4 owners; they’re all well-established problems with the model. Some owners choose to ignore them, especially the benign ones such as the tire sensors.

Nieman didn’t have that choice. Exorcising these gremlins was crucial because earning a McLellan Mark of Excellence Award requires receiving a Performance Verification Award. Ostensibly a pass/fail exam, the PV, as it is referred to in NCRS circles, requires that a Corvette function without a hitch, faulty warning lights included. Despite the complexity of some of the repairs needed, Nieman did all of the work himself—no small undertaking. He is not a mechanic by trade; he’s a purchasing manager.

Before subjecting the car, and himself, to the rigors of NCRS judging, Nieman tested the waters with some local car shows near his home in Huntington, New York. Buoyed by his success on that level, he stepped up to local NCRS competition in the Metro-Long Island chapter. The car did well, earning three Top Flight awards, which means it scored at least 4,230 points out of a possible 4,500. Nieman then moved up to the regional level, travelling to Boston in 2009. Again, the car was given Top Flight status. 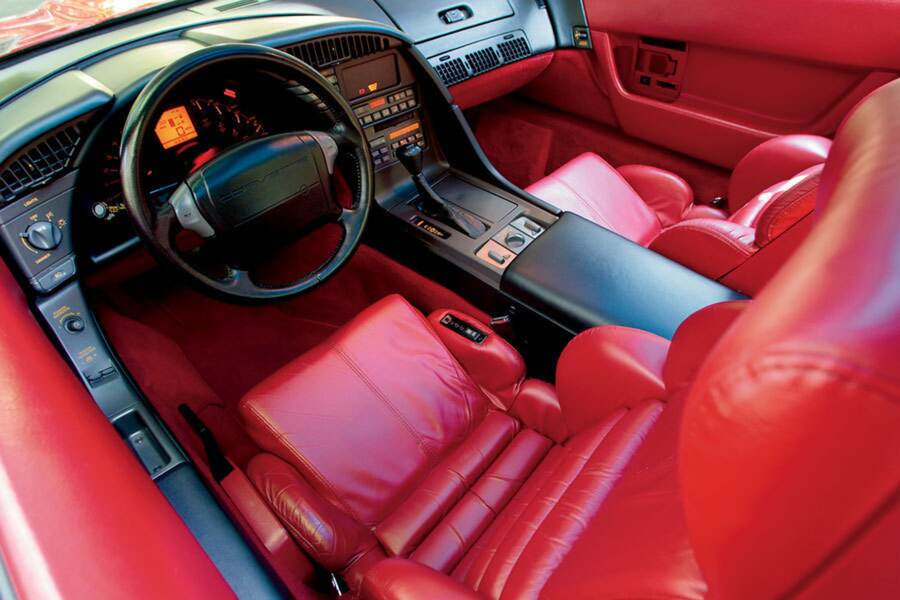 At this point, Nieman was well on his way to achieving the McLellan Mark of Excellence Award, but he still had to get the C4 to pass the dreaded Performance Verification test and score a Top Flight award at a national NCRS event. The former was earned at a Gettysburg, Virginia regional event in May 2010.

That crucial hurdle cleared, Nieman trailered his Corvette to Charlotte, North Carolina for the NCRS National Convention in July. He had borrowed a friend’s trailer for the short hops to the previous judging events, but this longer trip required a rental, at a not-inconsequential cost of $1,200. “My wife almost had a fit,” says Nieman of sharing this detail with his loved one.

Any such sacrifices were forgotten when Nieman learned his Corvette had passed muster with the national judges, earning Top Flight status yet again. As a result, Nieman was presented with the McLellan Mark of Excellence Award in Charlotte. He had spent two years and a lot of sweat equity getting to this point, but the journey had actually begun much earlier, when his cousin first started in on the project. “The car is shown in John’s memory since he never had the chance to show it himself,” says Nieman. “I believe it is one of the nicest C4s around, and I am proud to have it—and keep it in the family.” 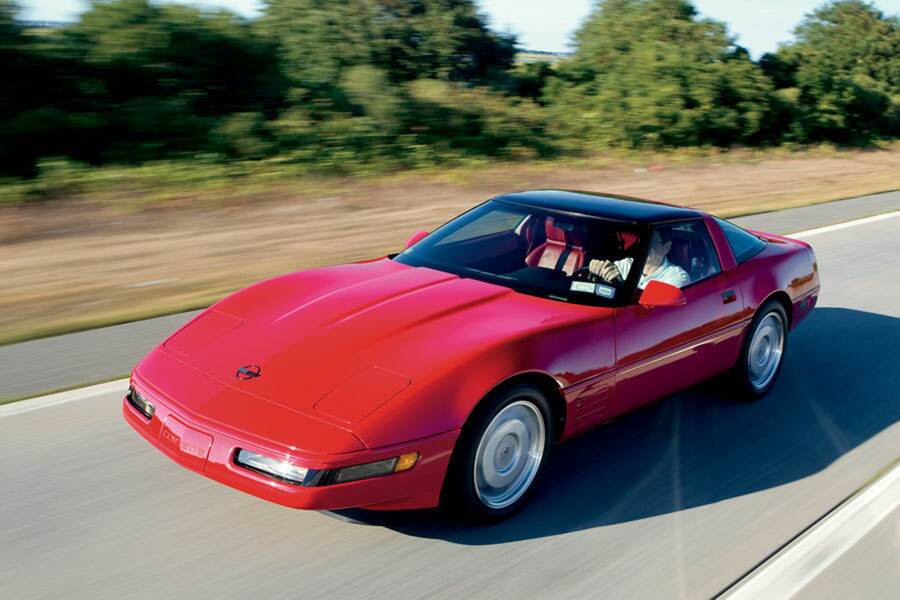 Nieman hasn’t driven his Corvette a lot since he inherited it—the odometer is only up to 19,200 miles—but it does get taken out for its weekly Saturday drive, weather permitting. The fact that the car is still rolling on its original Goodyear tires is reason enough to drive it gingerly, and he usually lifts off the throttle when the digital speedo reads 80 mph.

Given the car’s track-ready suspension setup, one would expect it to be overly stiff, but Nieman says otherwise. “It rides nice,” he says, “better than my 2002 Jaguar XK8; it feels fantastic!” Interestingly, he admits the adjustability of the FX3 suspension has little to do with this good ride quality. Says Nieman of the toggle switch, “It doesn’t do anything. You can hardly tell the difference.”

One difference he does appreciate, however, is the model’s appearance compared to previous C4s. In 1991, the Corvette received a face-lift, incorporating the ZR-1’s convex rear fascia and rectangular taillights, as well as a slightly resculpted front, new side-panel vents and wider side moldings. Having also owned a ’92, Nieman is particularly enamored of the design. “It’s the nicest-looking Corvette,” he declares. 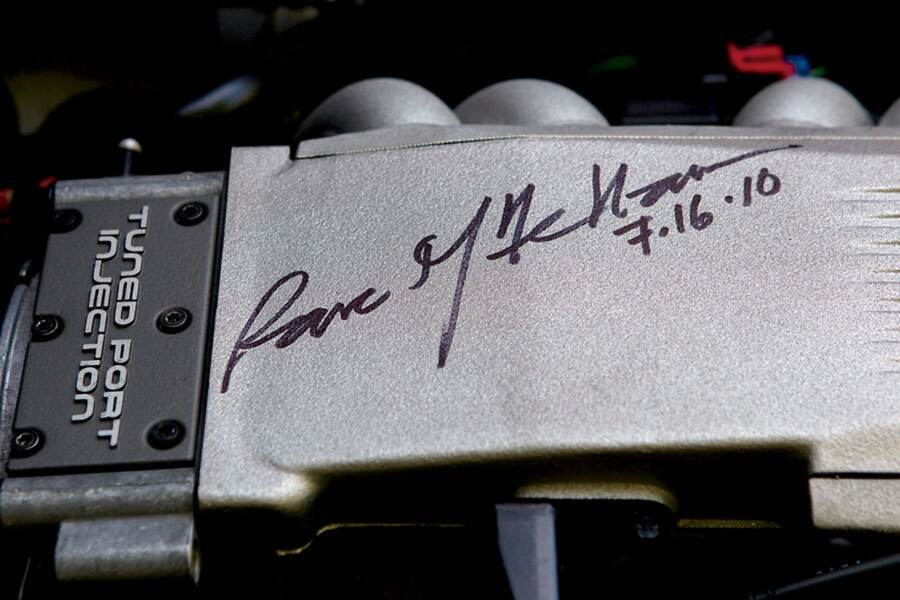 Given the fact that Nieman already achieved his main goal with the car, what’s next for this C4? First up is a new set of tires; he’ll reserve the originals for display use. More shows are in its future, too. “I’m toying with Bloomington Gold,” says Nieman. He is also considering a run at the NCRS Chevrolet Crossed Flags Award, for 1984 and newer, unrestored Corvettes. If awarded, however, it means that the car can never be judged again at an NCRS event. A dedicated NCRS member, Nieman isn’t quite ready to put down his micro-fiber towel—prepping the ’91 for NCRS judges has become a way of life. 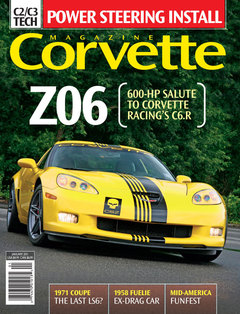