Marking the end of the Corvette Racing’s ten-year GT1 program, this year’s 24 Hours of Le Mans turned out to be an intensely emotional experience for the close-knit team. 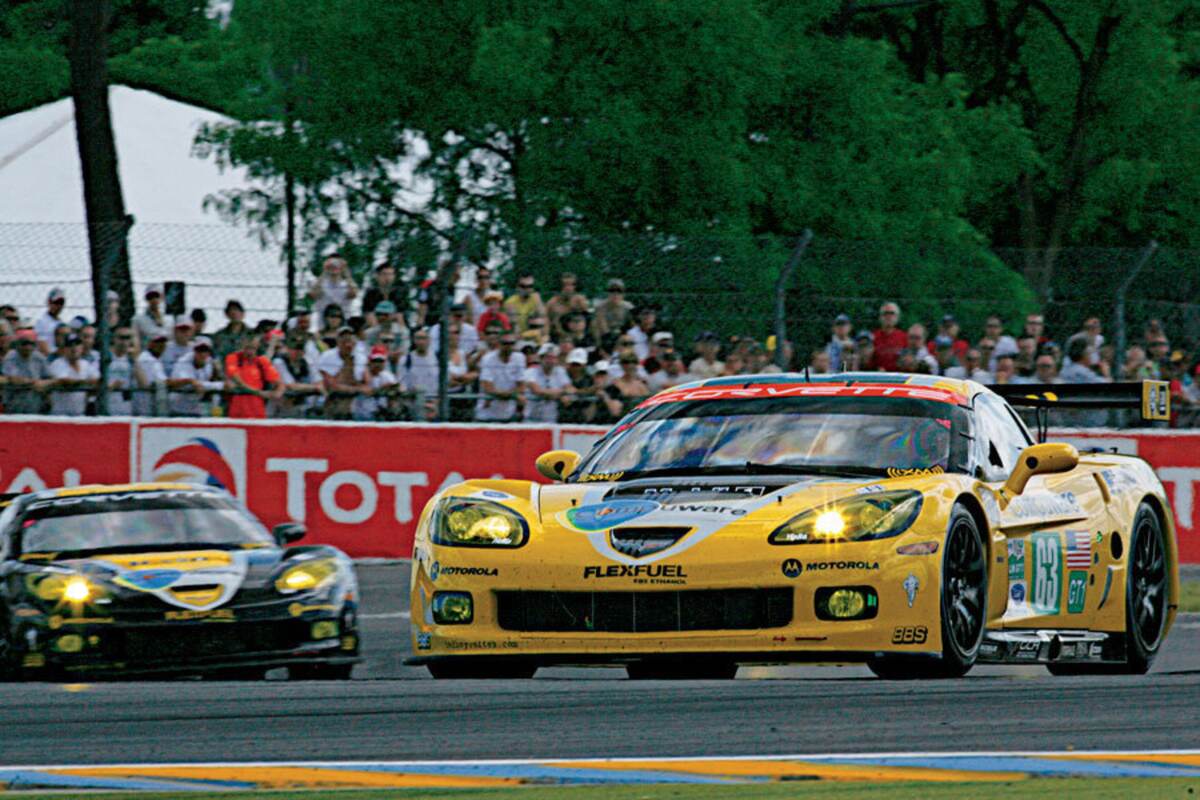 Corvettes have become a tradition at Le Mans. There was a day 49 years ago, when Briggs Cunningham first brought three of General Motor’s sports cars to France and the American entries, with their big V8s and fiberglass bodies, were viewed as plastic aliens from another planet. Twenty-four rain-soaked hours later, though, the Corvettes had gained both respect and Gallic sympathy. John Fitch and Bob Grossman had managed to keep the last of the three, the severely overheating #3 car, alive just long enough to cross the finish line, winning their class and placing a remarkable eighth overall.

Since then, the French have seen waves of American teams arrive and depart. Cobras, Chaparrals and GT40s have all invaded the Sarthe, and then, after a brief flurry, quietly disappeared. None have endured or captured the hearts of the enthusiastic French fans like the booming, raucous Corvettes.

It is important to distinguish Cunningham’s rather naive but historic beginnings with today’s polished Corvette Racing effort. However, it is just as important to observe that the current C6.Rs are using a modern variant of Ed Cole’s iconic small-block V8, the engine that powered the first Corvette entries at Le Mans. No other team can claim such an engineering legacy. 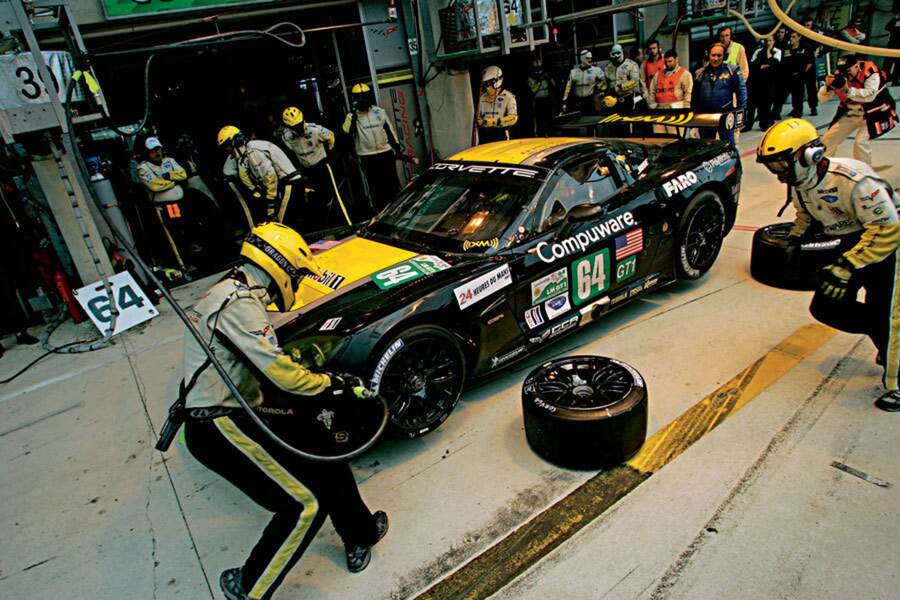 GM’s final race with the C6.Rs in the GT1 classification probably won’t be the last appearance of these great machines; privateer teams, like the French operation headed by Luc Alphand, will continue to run them in a number of different European races. However, the GT class at Le Mans is due for a complete overhaul in 2010, and until the ACO’s new rules are revealed, Corvette Racing will focus on its new GT2 car in the American Le Mans Series, beginning at Mid Ohio in August.

Le Mans, though, remains Le Mans—a race unto itself. Recent history, with the complementary addition of the European Le Mans Series and ALMS, and now even an Asian series, makes it easy to forget that for decades the French classic was a singular event, with some cars built to run only there. But the moment you arrive on French soil and realize the enormity of the event, there is no talk of the ALMS or LMS. Even in the Corvette Racing garage, there is no mention of GT2 testing. There is only Le Mans. The value of a win here makes whatever happens in other series seem inconsequential. 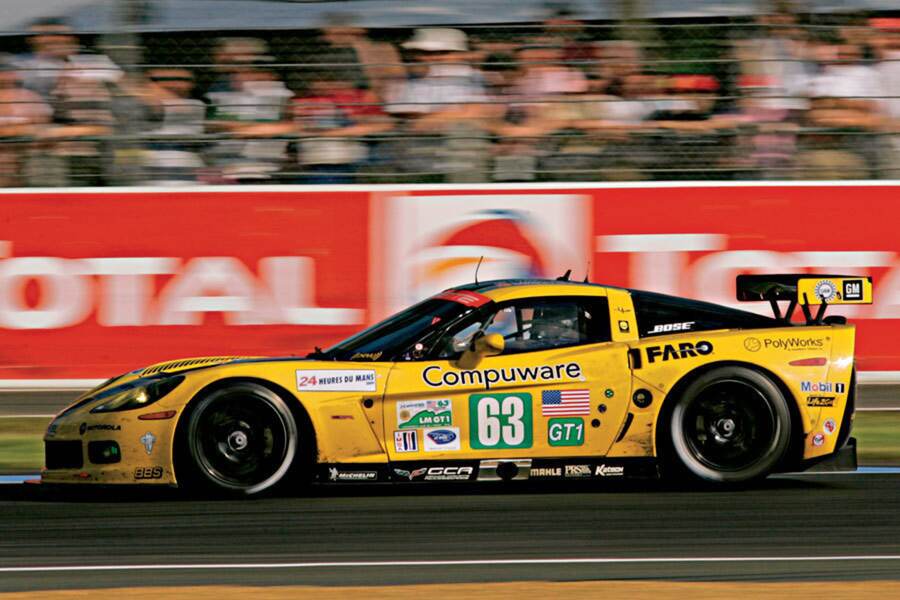 Guiding the #63 C6.R in this year’s race was veteran crew chief Danny Binks. In racing, he’s seen and done it all, winning everything he ever touched—except Le Mans. In all of his eight years with Corvette Racing, Binks’ car had never won the French classic. Driver Johnny O’Connell had been there, too, racing and winning with Corvette Racing since the beginning. He was the veteran, with two Le Mans wins, including the team’s first, and the only American shoe on the roster. O’Connell had had a long dry spell; he hadn’t won Le Mans since 2002. In 2004, a gaggle of top European drivers had been brought onboard, and since then they had dominated. The talented Brit Oliver Gavin had four Le Mans wins to his credit, while the wily Frenchman Olivier Beretta and the steady Dane Jan Magnussen had three each. More than ever, O’Connell wanted to bookend his final Corvette GT1 run at Le Mans with a win.

Everyone on the team had a score to settle, a point to make. The sameness of running almost unopposed in the ALMS for two years and then getting beaten twice in the last two years at Le Mans by Aston Martin had Corvette Racing wound up and looking for a chance to redeem its honor. When Aston Martin suddenly switched its focus to LMP1 this year, using three Prodrive-modified Lola coupes, the two C6.Rs were again faced with the rather dismal proposition of racing ostensibly against themselves. The factory C6.Rs’ only competition at Le Mans this year would come from privateers, a single Austrian-entered Aston Martin DBR9 and two C6.Rs run by the French Luc Alphand Adventures team.

Teamed with his co-driver of the last two seasons, Magnussen, and young Spaniard Antonio Garcia, O’Connell seemed to have a real shot at victory. Mags had clinched the GT1 pole in qualifying with a time of 3:54.2, a full half-second faster than the team’s sister car with the two Ollies, Gavin and Beretta. The #64 car, painted black this season, also had a third driver, Swiss Marcel Fassler, on board for Le Mans. 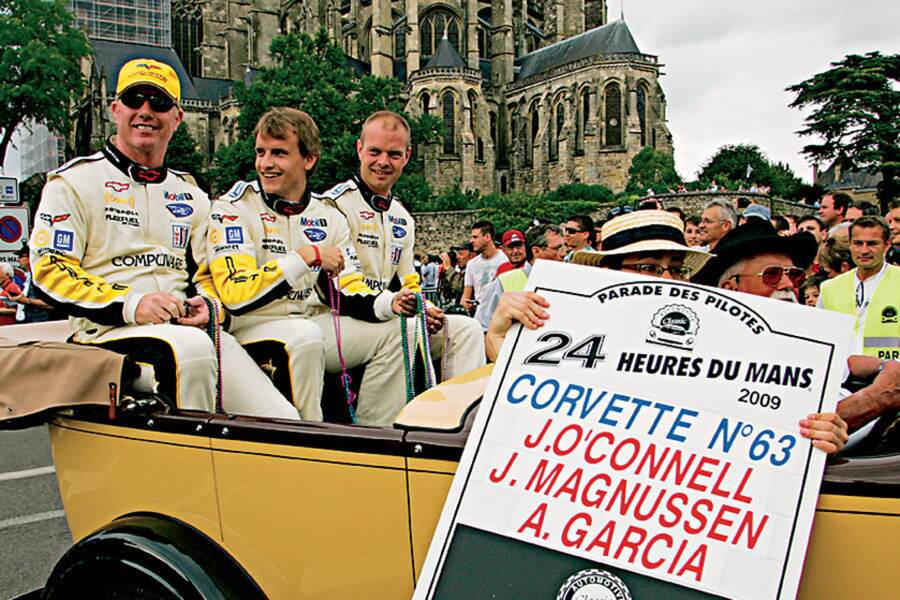 The race started innocently enough, with the O’Connell/Magnussen/Garcia #63 leading for the first 18 hours. Magnussen’s pole had automatically placed him in front, and the initial hours had gone like clockwork. Then, in the midst of a long night, Magnussen became ill. The remaining duo’s challenge became exponentially harder, as the difference between using two drivers and three in a 24-hour race is larger than it seems. With three drivers, one driver is assured of getting a period of uninterrupted rest. With only two available, the driver not in the car must be ready at all times to take over in case of problems. It’s an exhausting situation, but O’Connell and Garcia never dropped their pace and continued to lead.

The gap widened when Beretta in the #64 car had a puncture and dropped back, but then an unexpected gas-flow problem with the #63’s fuel rig allowed the black #64 to take the lead. Garcia later regained the point when Beretta pitted for fuel, tires and a driver swap to Fassler. Just three hours from the end, in the hot midday sun, an intense battle for the GT1 lead developed, with Fassler putting intense pressure on O’Connell. The American was on worn Michelins, the Swiss on new rubber. O’Connell’s radio crackled with orders to let Fassler by. “It was a call I hated to get,” the Georgia resident recalls. When O’Connell came in for fuel and tires, he was visibly upset. That’s when a team member told him, “It’s not over, they have one more stop to make than we do.” 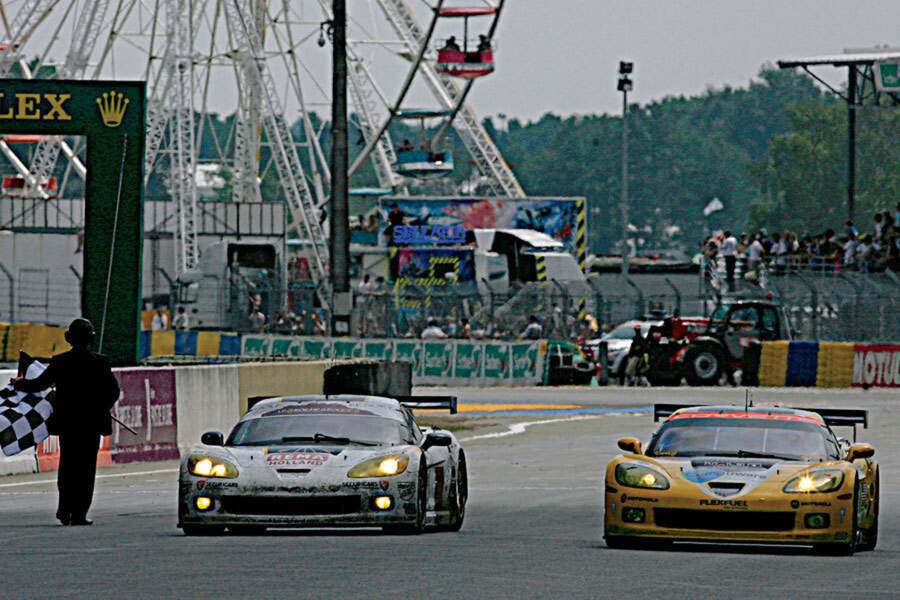 The final pit strategy was to become a moot point, as Fassler soon radioed in that he was having problems shifting. It was time to ease off to try and save the car, but it was not to be. Fassler coasted to the side of the road just before pit-in with a broken gearbox. A team of engineers and mechanics ran a circuitous route through the paddock to get to the stranded car, but by the rules they were not allowed to get within ten feet of the Corvette; they could only question and advise Fassler. Ultimately, there was no way to get the car back to the pits. When the #64 was finally withdrawn, the one remaining Luc Alphand C6.R, driven by Julien Jousse, Xavier Maassen and Yann Clairay, moved up into second, six laps behind the iconic yellow #63.

The two Corvettes swept across the finish at 3 p.m., with the #63 car taking the team’s sixth class win in ten years. Crew Chief Binks was overcome with emotion; he’d finally done it. It seemed more important than every other win combined. “Winning Le Mans is so unbelievable that I can’t even talk about it,” said Binks, with tears streaming down his cheeks. A jubilant O’Connell exclaimed, “When you look at the Americans who have won here multiple times, they’re all important figures in motorsports history. To achieve my third win with Corvette Racing, driving a sports car that’s an American icon, it’s hard to put that into words. There is nothing more difficult and more rewarding than winning here.”

Those who have never driven or built a car to race at Le Mans would have a difficult time understanding the enormity of the responsibility of representing a carmaker and a nation, as well as the tremendous elation at sharing victory—not just with the crew at the race, but also with all the personnel who remained in Michigan preparing the new C6 for the team’s venture into the GT2 class. If Briggs Cunningham could have been there, he would have understood and been proud. 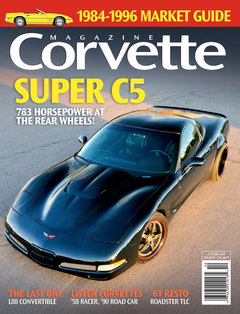