It took Sam Rivera a decade to acquire the car of his dreams. He thinks it was worth it. 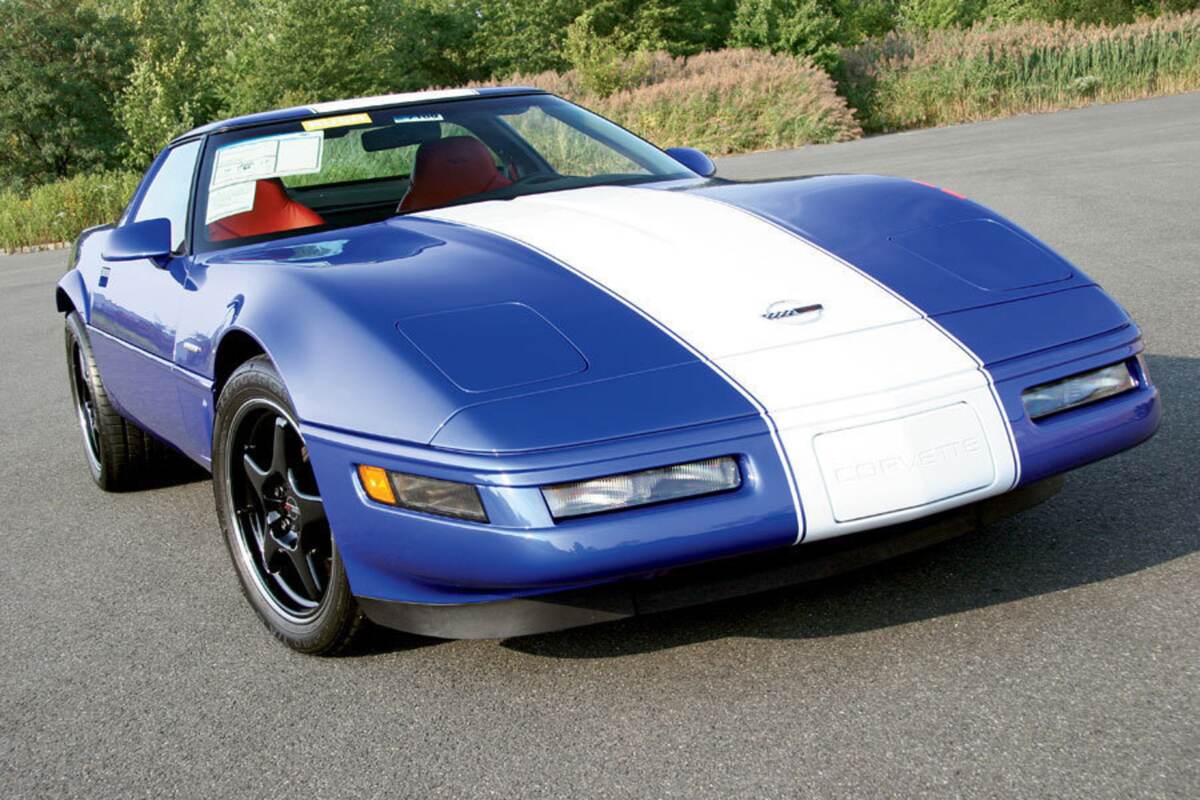 Nineteen ninety-six Corvette Grand Sport #0019 has led a charmed life, from the day it was ship­ped to Victory Chevy in Amherst OH to the moment it settled into a heated garage in suburban New Jersey. Nor is that likely to change—not as long as Sam Rivera has his name on the title.

Rivera’s story is a familiar one. A longtime fan with an ’89 coupe daily driver, he started lusting after the born-again Grand Sport the very first time he saw one. Then, just as he be­gan to get serious about taking the plunge, marriage and a home purchase de­railed his ambitions. At a minimum, the car would have cost about $43,000 sans dealer markup—well beyond the range of a re­gular guy with family priorities to consider.

Instead of becoming discouraged, Rivera decided to wait. And wait. And wait. About ten years passed before Rivera finally got his shot at GS ownership—and considering what he wound up with, the delay seems worth it. 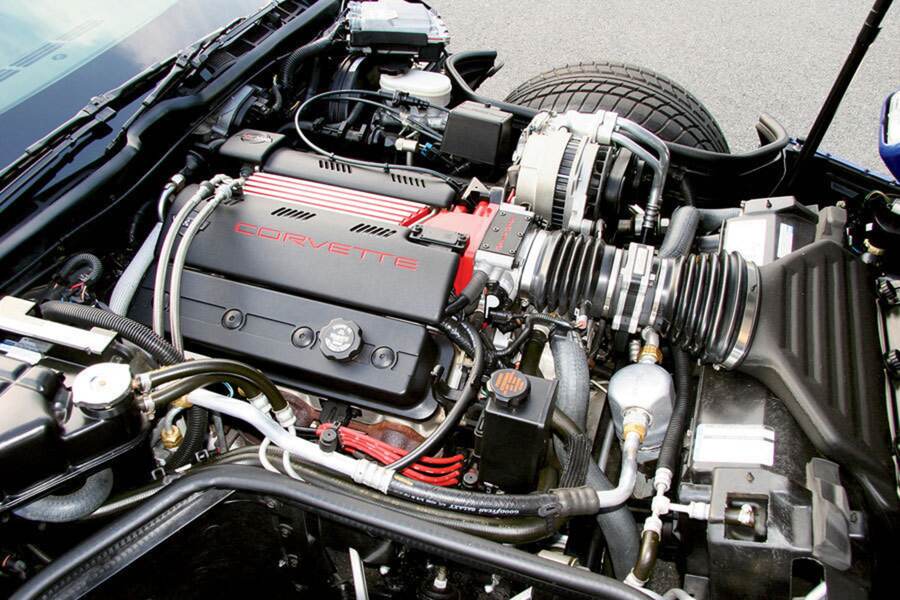 You need to be specific when using the term “Corvette Grand Sport,” of course. History served up two very different versions, the abortive early-’60s homologation special (five units complete, price inestimable) and the ’96 low-volume commemorative that honored its name and its color scheme (1000 built, prices rising). The former was a racer de­signed to fight Ferrari and Porsche on track. The latter was intended to fight those same rivals for bragging rights on the street and to commemorate the last year of the all-conquering, game-changing C4 Corvette.

Indeed, Chevrolet cooked up two special packages for the fourth-gen’s swansong season. The first was the subtle and elegant Collector Edition, featuring Sebring Silver paint, special five-spoke 17-inch alloy wheels, and unique emblems and trim. This option, RPO Z15, added $1250 to the window stick­er and was offered to all comers, resulting in 5400+ total sales.

Right below Z15 on the RPO list one saw Z16, the Grand Sport Package. Priced at $3250 for coupes and $2880 for roadsters, Z16 took a six-speed/LT4 Corvette and gave it its own unique VIN sequencing, a brash blue/white/red paint scheme, wide ZR1-style wheels, and rear flares on coupes. Also adding to the appeal was its (relative) rarity—a limit of 1000 units total would be built, split in the end between 810 coupes and 190 roadsters. 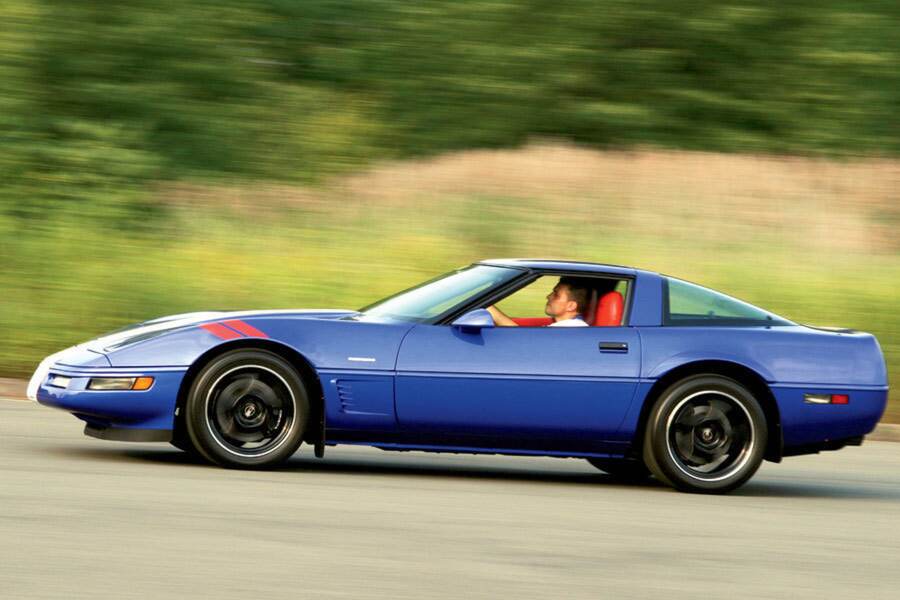 Depending on personal taste, the distinctive Z16 exterior was thrilling or garish. Either way, few other Corvettes have ever come from the factory in such striking original livery. Every car received Admiral Blue paint under a wide Arctic White stripe flanked with parallel Admiral Blue pinstripes. (The stripes were decals, not painted.) Bright-red front-fender hash marks—derived from ’60s racing practice—were then added, honoring the me­mory of the original Grand Sport.

Power for all C4 Grand Sports came from a pumped-up version of the original pushrod smallblock, now in its final season of Corvette duty. All six-speeds were matched to LT4 and vice-versa for ’96. Buyers of any model could order this powertrain combo, but Grand Sports got nothing else. Further confusing the issue, all ’96 LT4s carried red “Grand Sport” lettering on their throttle bodies, a red-powdercoated intake manifold, and red plug-wire covers—whether or not the Corv­ette itself was a Z16 model.

Based on the Corvette’s by-then-familiar LT1 architecture, LT4 got a full spectrum of hotrodding tricks to improve breathing and high-rpm capabilities. The two engines shared basic short blocks, but the LT4’s crank was upgraded with undercut/rolled journal fillets, nodular-iron main bearing caps, a more radical roller cam, and a steel roller timing chain (in place of the LT1’s powdered-metal, butt-link unit). Im­proved piston rings made for better sealing at high revs. 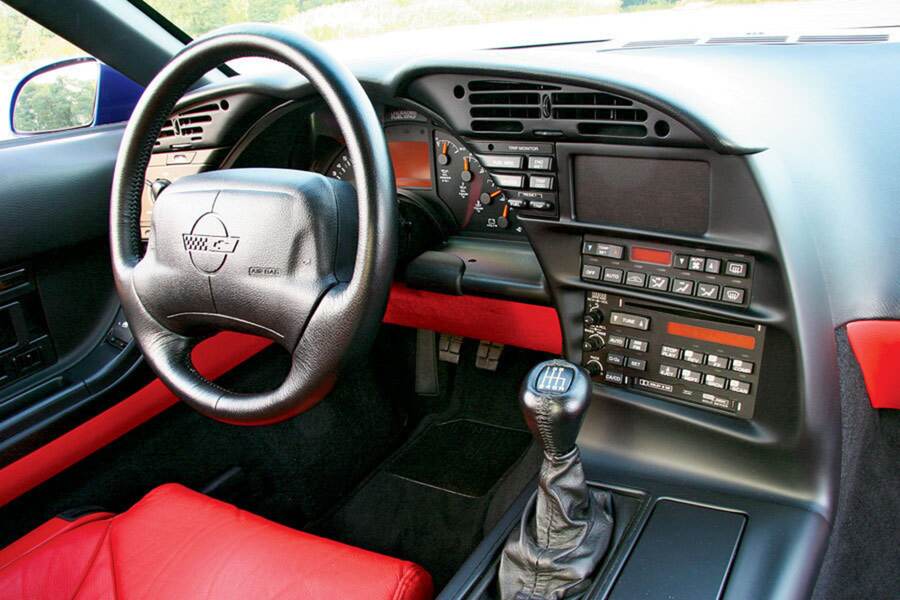 In terms of horsepower, the LT4 eclipsed all previous production smallblocks. Plus, the 330-horse (net) factory flywheel rating was likely conservative, as many GS owners saw 300-odd rear-wheel horses from totally stock examples. In acceleration tests, the higher-revving LT4 didn’t produce significantly faster 0-60 times, but its extra juice showed up in elevated trap speeds (107 mph at the end of the quarter, according to Motor Trend) and reduced passing times. 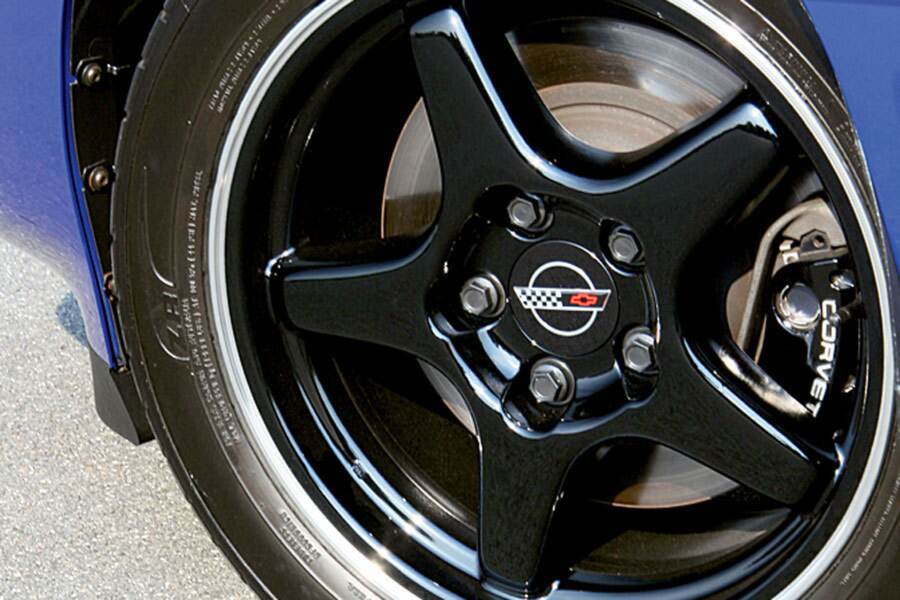 Grand Sport buyers had the same sus­pen­sion options as other Corvette customers: Base FE1, F45 Selective Real Time Damping, or Z51 Performance Han­d­ling Package on coupes. Grand Sports received larger wheels and tires and a thicker 26mm rear antiroll bar. (The five-spoke wheels were essentially 1994-‘95 ZR1 units finished in gloss black.) Coupes, with their sturdier structures, carried 17×9.5 units with 275/40ZR17 tires in front, 17×11s at the back with 315/35ZR17s. Lacking the ZR1’s widened rear bodywork, GS coupes carried small add-on flares. Convertibles went with smaller 255/45ZR17s on 17×8.5s in the front and 285/40ZR17s over 17×9.5s at the back, the latter not requiring flares. While the brakes were mechanically identical to those of regular Corvettes, Grand Sports got black-painted calipers with silver lettering.

Most GS equipment—not including paint, emblems, and cabin embroidery—were available separately on the ‘96 option sheet, and more than a few faux Grand Sports have been created. Indeed, the “Grand Sport”-stamped throttle body used on all LT4s simply adds to the con­fusion. “That plate has caused many salesmen to inaccurately advertise a regular ’96 LT4 Corvette as a Grand Sport,” according to John “Hutch” Hutchinson, “Skunk­master” for the Grand Sport Registry. (The “Skunk” nickname derives from these cars’ central white stripe. For more factoids and info, see www.GrandSportRegistry.com.) “You’ll see things like ‘For sale, 1996 Grand Sport Corvette, low miles, excellent condition, Polo Green.’” Reproduction stripe kits and other accessories make the aesthetic transition from a standard LT4 to a Grand Sport lookalike simple. Much harder to replicate is the unique Z16 Grand Sport VIN sequence. Check any ‘96 Corvette’s 12th digit—standard cars show a 1, while Z16s carry a 6.

Nearly ten years after the 1996 GS hit showrooms, Sam Rivera spotted a super-low-mile example in the public-parking area at Corvettes at Carlisle complete with original window sticker. “That’s the one I should have,” he said to himself. It turned out it wasn’t for sale, but the hook had been set: Rivera was back in the market. 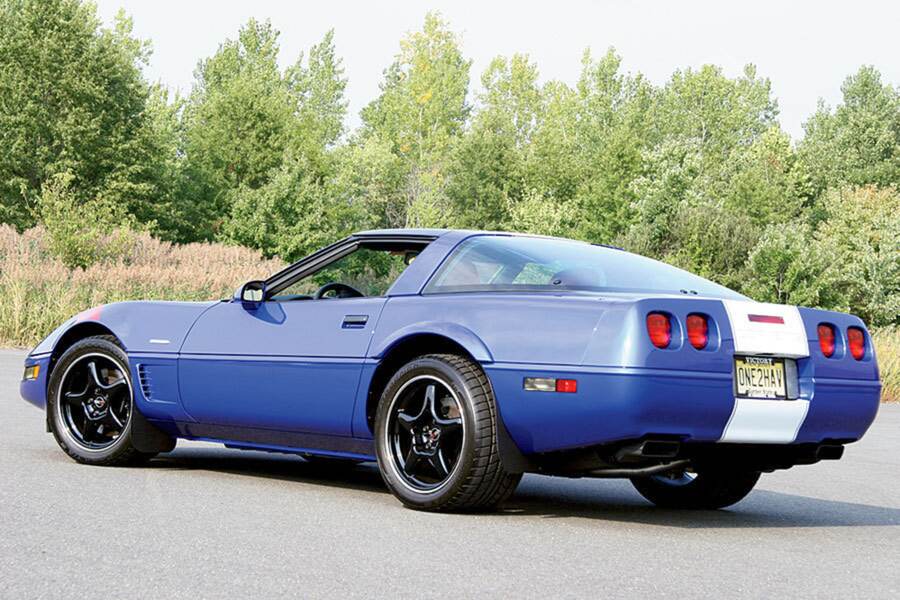 A year later he’d located a pristine, 2000-mile example at a Corvette dealer and was ready to take the plunge. He decided to scan the classifieds at the Grand Sport Registry just one more time before sealing the deal, however, and that’s where he found s/n 0019—the 1700-mile, two-owner example he’d seen parked in that lot back at Carlisle. Without thinking twice, he bought the car.

Once s/n 0019 was safely ensconced in his garage, Sam tracked down the original owner, Mark Hassett, who happily filled in the remain­ing blanks. Rivera’s first question involved the decal marked “Rush” on the windshield. That, Hassett explained, was due to the car having been individually rush-shipped in an enclosed transporter to its dealership for a show­room event. That was also the reason the original window sticker showed the MSRP but no options—the first sticker was a sub for the official Monroney, which the factory had to mail to the dealership separately. (Ri­vera has that one, too.)

Fourth-gen Corvettes are just starting to become fixtures of Bloomington Gold certification, and Rivera plans to go through the pro­cess with 0019. Of course the car’s low mileage, rush-delivery history, duplicate window stickers, and pristine condition already set it apart, regardless of what any judges might say. After waiting so long for a real Z16 Corvette Grand Sport, Rivera is simply thrilled to have found such a nice one. “I’ve got four sons,” he smiles. “This car will eventually go to one of them.” 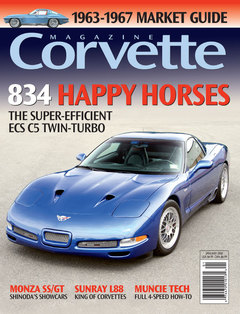