Charge of the EV Brigade

Chevy teases a hybrid-electric C8 Corvette—and with it, the future of America’s Sports Car 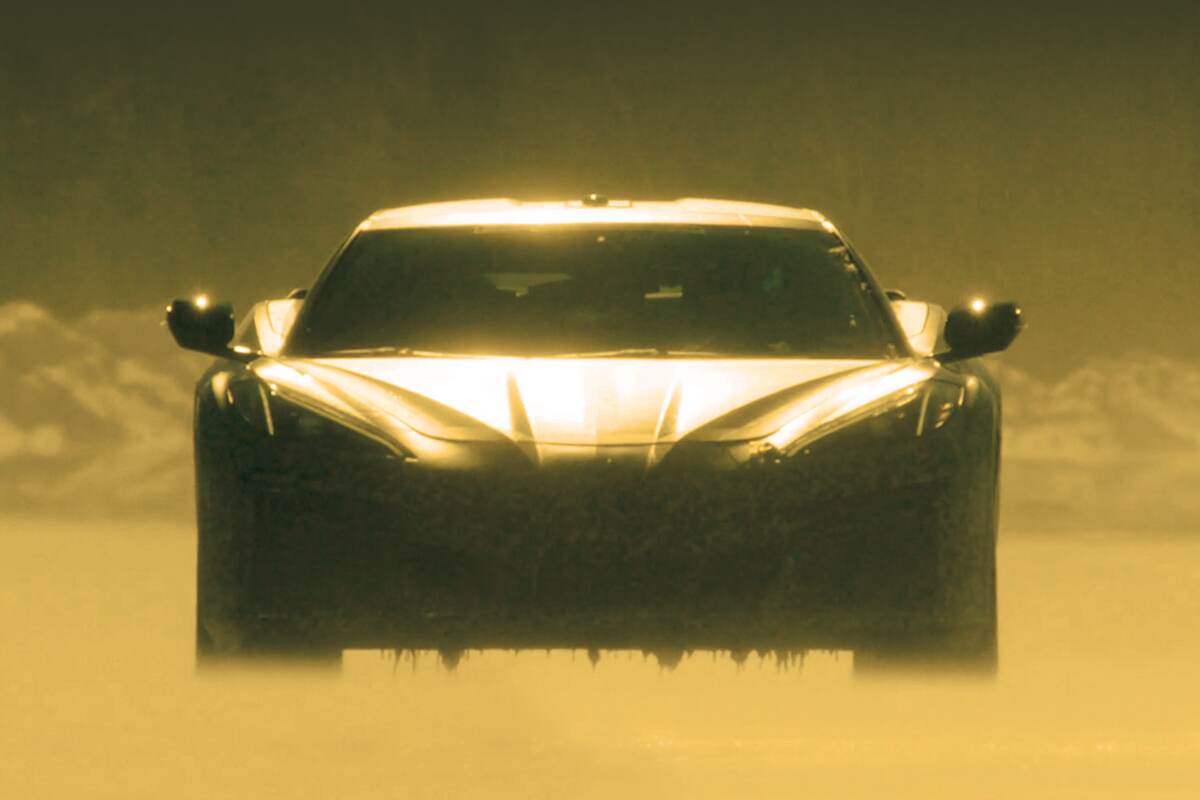 You can count the number of sports cars blessed by presidential decree on zero fingers. And when Hollywood focuses on some hapless automobile, a perfunctory crash scene is all but inevitable. Happily there are occasional exceptions, such as the electrified Corvettes we’re celebrating here.

In August 2020, while on the presidential campaign trail, Joe Biden acknowledged that the ’67 Corvette roadster he received as a wedding gift from his Chevy-dealer father was the only car he’d ever loved. Unfortunately, after he won the November election, the Secret Service ordered Biden to fork over his ignition keys because it’s considered dangerous for top office holders to drive anything.

While rambling on about his affection for Corvettes and the U.S. car market, Biden announced that he’d been informed that GM was making an electric version of its iconic sports car. Tantalizingly, he added that this addition to the Corvette family would be capable of topping 200 mph.

Then, on April 28th of this year, Hollywood chimed in by heralding a new Barbie movie due in theaters in July of next year. Publicity photos showed star Margot Robbie seated in the hot-pink ’57 Corvette she will use to lure Ken’s eye toward her golden locks. 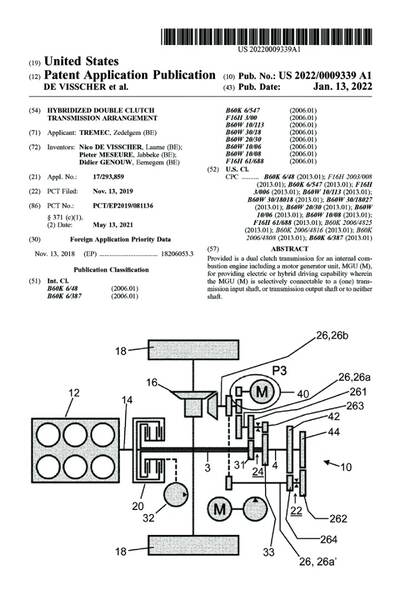 Two subtle touches that tantalized Corvette fans were the front fender flap covering an electric charging receptacle and a Chevrolet logo with the “EV” letters accented in blue. Ken will surely be impressed that Barbie is keyed into the instant torque and sparkling acceleration inherent to an electric Corvette.

The meat of this publicity sandwich is all the more astonishing. Three days before the Barbie announcement surfed the airwaves, GM President Mark Reuss revealed that the General would offer “both an electrified Corvette and a fully electric, Ultium-based Corvette in the future.” The first addition to the C8 family is due as early as next year, he explained, with more details and a name announcement to follow.

Now that production of its Chevy Volt has ended, GM favors the term “electrified” over “hybrid” to indicate a mix of electric and combustion-engine propulsion hardware. Regarding the “fully electric Ultium” development, we’ll address that new Corvette momentarily.

What Reuss did not acknowledge was the E-Ray name that has hovered over Corvettes for some time now. Seven years ago, GM applied to the U.S. Patent Office for exclusive rights to the trademarks “E-Ray” and “Corvette E-Ray.” On December 16, 2015, permission was granted to use those names “on motorized land vehicles.” 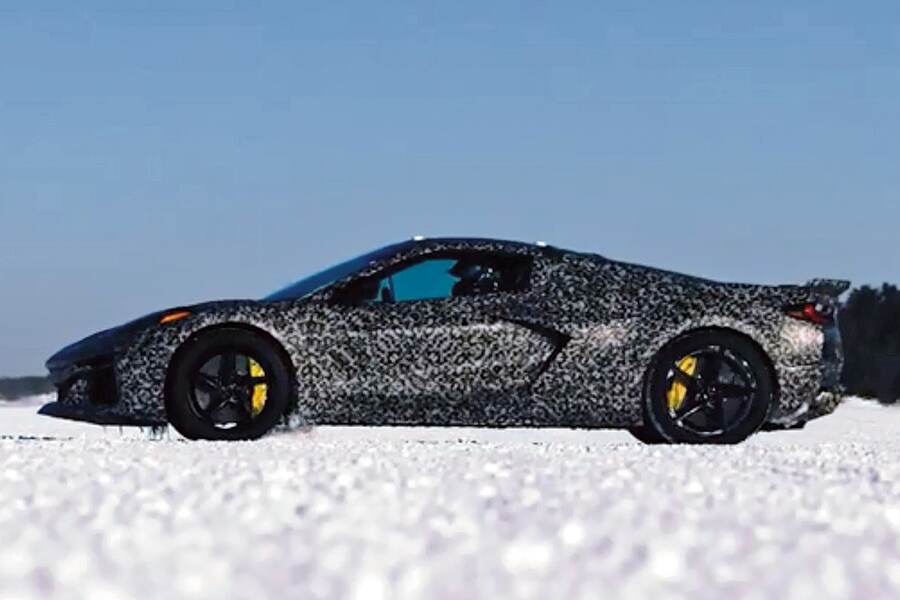 Two for the Road

The Corvette E-Ray hybrid due next year as a 2024 model will be equipped with a GM-manufactured electric motor powering each front wheel. The compact, 83-hp AC induction motor revealed earlier is the most likely prospect for this application. Two such motors, in combination with a carryover LT2 V-8 driving the rear wheels, would endow the E-Ray with an enticing 658 hp.

As noted in the 25-second video clip accompanying Reuss’s announcement, this hybrid driveline will provide entertaining wheelspin on snow-covered surfaces and impressive drifting capability (along, presumably, with cornea-flattening acceleration on dry pavement). The soundtrack confirmed that a lightly muffled V-8’s growl is core to the E-Ray cause.

Electrical energy will be stored within Ultium lithium-ion battery cells stashed inside the hollow cavity that serves as the backbone of C8’s aluminum spaceframe. During deceleration, the front motors will act as generators to recharge the batteries. In addition, an alternator powered by the V-8 will send electrical energy forward to the battery pack and the two drive motors.

While plugging in the E-Ray at night to facilitate leaving home fully charged is an appealing concept, our understanding is that this Corvette will not be a plug-in hybrid. Instead, the driver will be offered a choice of two operating modes—rear-wheel- or all-wheel drive, with the former relying exclusively on the conventional LT2 engine for power.

The second future Corvette announced by Reuss will be fully electrified, meaning that combustion is not part of the propulsion equation. Instead, a large pack of Ultium battery cells will provide all the energy needed to power this as-yet unnamed Corvette. The Hummer EV pickup now on sale, for example, has 576 cells contained within a pack providing approximately 450 miles of driving range.

Alfa Romeo, Aston Martin, Ferrari, Jaguar, Lamborghini, and Porsche have all made such moves in response to the market shift away from two-seaters to vehicles capable of combining beguiling design with prodigious carrying ability. While the type of all-electric vehicle described here would look and act (mostly) like a Corvette, its overall height will by necessity tower over the current model like a Great Dane over a Dachshund. Nonetheless, you should expect Chevrolet to combine sporty looks and high utility with excellent value to assure that this new Corvette variant is a strong player in the expanding model-range game.

Reuss shed no light on when the fully electric Corvette might arrive, but given that the Ultium platform is fully developed for the GMC Hummer, GMC Sierrra, and Chevrolet Silverado applications, expect such a vehicle to appear within two years. 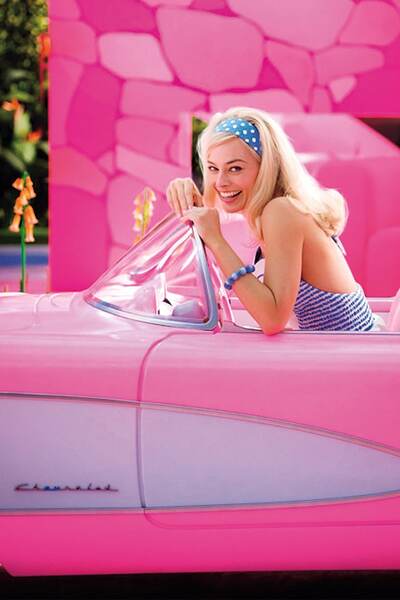 Actress Margot Robbie will drive what appears to be an electrified C1 in the upcoming film Barbie. Note the Chevrolet logo with the letters “EV” highlighted in blue.

Another addition to the C8 family is the ZR1, due in about three years. This hottie will bring at least 800 hp to the party, thanks to the addition of two turbochargers to the Z06’s DOHC V-8. This new small-block will be designated LT7, and it may well be the final internal-combustion engine developed for a Corvette application.

The last C8 variant we expect to appear will be the Zora, due at the end of the decade. Named after Corvette patron saint Zora Arkus-Duntov, this hybrid will combine the electric front axle from the E-Ray with the LT7 V-8 to burst through the 1,000-hp barrier like a kindergartner hustling to recess. Dual-clutch transaxle maker Tremec has conveniently patented a new design adroitly combining gears, clutches, and electrical components ideally suited to the Zora.

The Corvette engineering team is wise enough to realize that electrified models must outperform conventional rivals, including those that wear the sacred crossed-flags insignia. The most compelling attribute inherent to electric motors is their instant torque, requiring no rpm run-up to achieve peak output. That’s a boon to right-pedal response and around town passing alacrity.

Likewise, electric systems require little or no scheduled service throughout their lifetimes, which are expected to match or exceed those of internal-combustion engines and conventional transmissions. The current standard for battery-pack warranty coverage is 10 years or 100,000 miles, and this could grow as technology evolves. 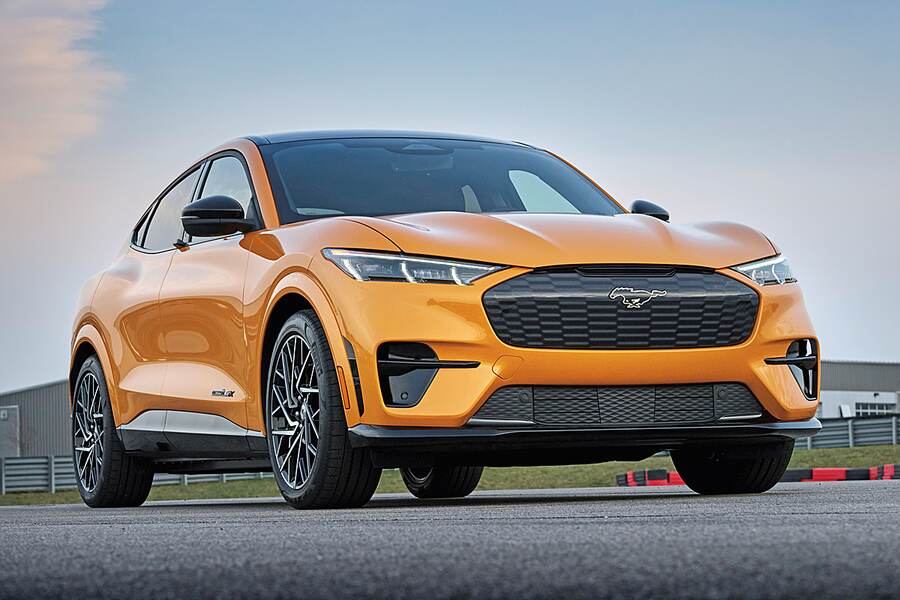 The first fully electrified vehicle to wear the Corvette badge will likely be a compact SUV, similar in size and appearance to the Ford Mustang Mach E.

Thanks to their instant torque and uncanny ability to rev to astronomical rpm, full electrics need no more than two gears to provide spectacular performance. Now that premium gas has topped $6 per gallon in parts of the country, more Corvette owners are intrigued by plugging in instead of filling up.

Like everything in automotive life, electrification includes a few negatives. While electric motors are cheaper, lighter, and easier to manufacture than piston engines, even the most efficient batteries are expensive, bulky, and heavy. For example, the aforementioned E-Ray will likely arrive with a curb weight some 700 pounds greater than that of a Z06. GMC’s Hummer EV weighs a shocking 9,000 pounds. Fortunately, the Ultium pack serves as the floor of the vehicle, so it doesn’t adversely affect the center-of-gravity height.

Several enterprises are developing new solid-state batteries that are theoretically cheaper, lighter, far more compact, and hopefully as reliable as today’s lithium-ion cells. Keep your fingers crossed that they’ll be ready by the end of the decade to make the C9 Corvette (see “Going Electric,” July ’22) a thing of wonder.

Battery charging is another issue. While onboard equipment will suffice for keeping the E-Ray and Zora packs perking, when the Corvette finally bids goodbye to combustion in the next generation, garages will have to be wired to power onboard battery-charging equipment overnight. Taking a trip will require planning to replenish the pack at stops conveniently near a restaurant or hotel.

At the turn of the 20th Century, a similar conundrum gripped the transportation world, then plodding along with a mix of steam, electric, combustion, and horse-drawn propulsion. The untenable emissions from the back end of horses dispatched that alternative to pasture. The invention of electric starting gave combustion a major advantage by eliminating broken bones during cranking, while also bringing cars within reach of female motorists. The delay for a steam boiler to achieve operating temperature—and the destruction resulting from one blowing up—were two more votes in favor of combustion. Early electrics died out because another century of development was needed for batteries to achieve the level of efficiency we enjoy today.

Thanks to Biden, Barbie, and Reuss, the groundswell of electric Corvette enthusiasm is rising by the day. It’s not too soon to place your bet on your last combustion Corvette, or your first electric. If you have the means and garage space, why not post deposits for both? 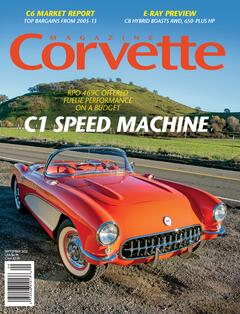