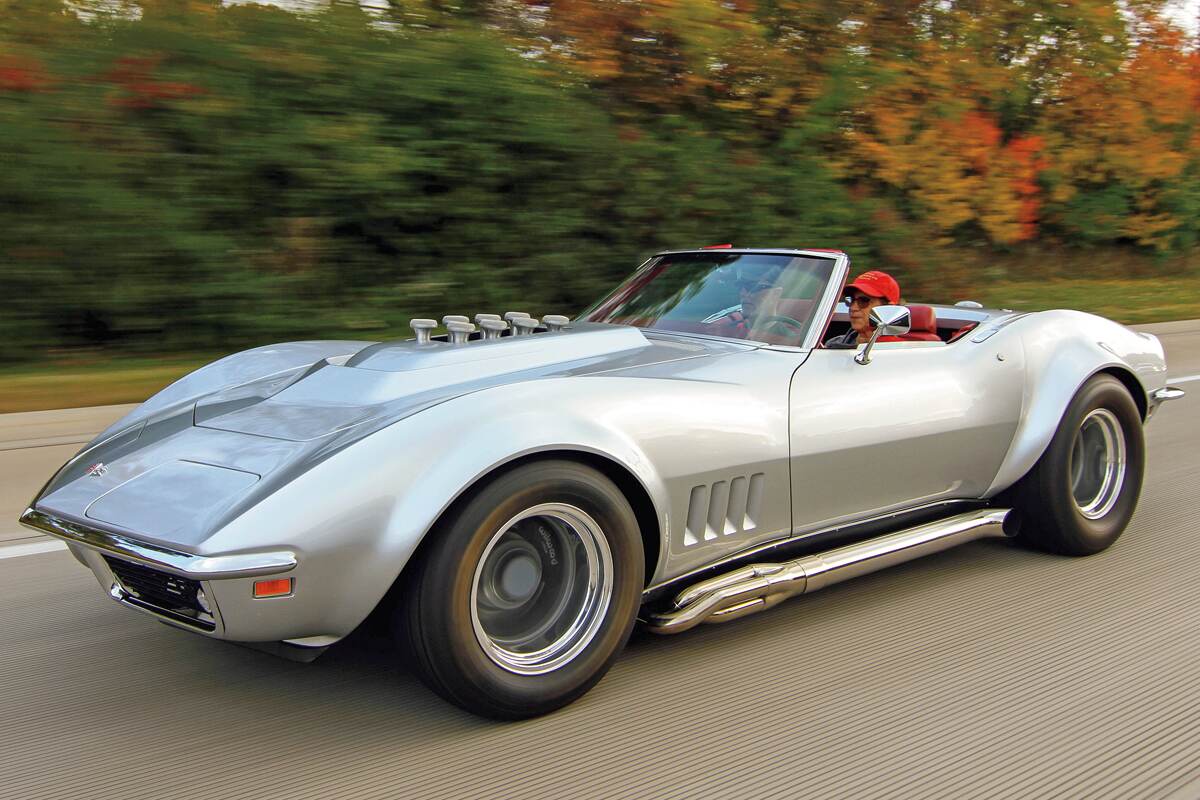 “Everybody remembers their first ride in a Corvette,” says Tom Peters. “For me, it was a 1968…that I caught a ride in on the way home from work one day as a teenager.” Peters was caddying at a Minnetonka, Minnesota, country club and says that, while brief, the quick encounter left a lasting impression. “It was only about a mile or so in that car,” he says. “But the way I sat down in that interior, looking out over the long nose and arching front fenders—it all just burned into my brain. It was inspiring.”

More than just that first-year C3 burned into Peters’ young mind. The whole car culture of the ’60s and the muscle-car era blossomed during his formative years, etching the design ethos of the time into the brain of a kid who got in trouble for sketching cars in class. Fortunately he never stopped drawing through high school, and by his second year in college, at Louisiana Tech, he happened on a catalog for the Art Center College of Design in Los Angeles.

“It was an epiphany. It exposed me to the world of industrial design and everything just clicked,” says Peters. “That’s where I needed to be and it changed my life.” During his sophomore year at the Art Center, Peters was invited to participate in General Motors’ annual internship program. That was 1978, and by 1982 he was hired to work at GM’s Advanced Design studio, where his first assignment was developing concepts for a super-aerodynamic electric sedan.

“A couple of years later, after seeing a scale model I did for a future Corvette, Jerry Palmer—the chief designer for the Chevrolet 3 studio at the time—asked me to join the team that was responsible for the Corvette, Camaro, and Beretta,” says Peters. “It was an amazing opportunity, and I began contributing to the 1985 Camaro IROC-Z.” 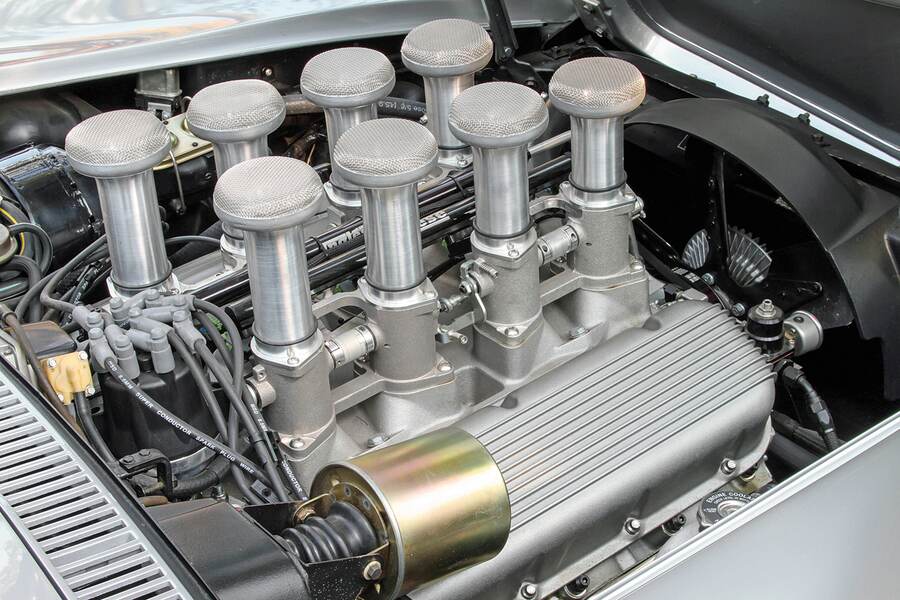 Velocity-stack injection systems such as the Kinsler setup on Peters’ car offer the potential for instant torque and an exceptionally broad power band.

Peters also established the final theme for the landmark, mid-engine Corvette Indy concept that debuted in 1986 and featured a GM Lotus-Ilmor 32-valve racing engine. GM and Lotus would, of course, later partner on the development of the ’90 Corvette ZR-1, which featured a 32-valve, DOHC 5.7-liter V-8 of its own.

Among Peters’ other early Corvette accomplishments were the directional-style wheels that debuted on the ’88 Z51 package and became standard in ’89, along with what he calls the “bear claw” side vents that debuted on the face-lifted ’91 Corvette. “They’ve always looked like the swipe of bear claw to me,” he says—and now that he mentions it, they do.

More Corvette work followed, including the concept design that influenced the C5’s styling. This led to assignments as the exterior-design director for the C6, C7, and C8 models. It was after seeing the mid-engine C8 off to production—and more than 35 years at GM—that Peters decided to pack up his art markers and call it a career.

Leaving the Corvette team was bittersweet, says Peters, but the car wasn’t about to drive out of his life. He still harbored the desire to build a C3 like the one that had inspired him about half a century earlier. 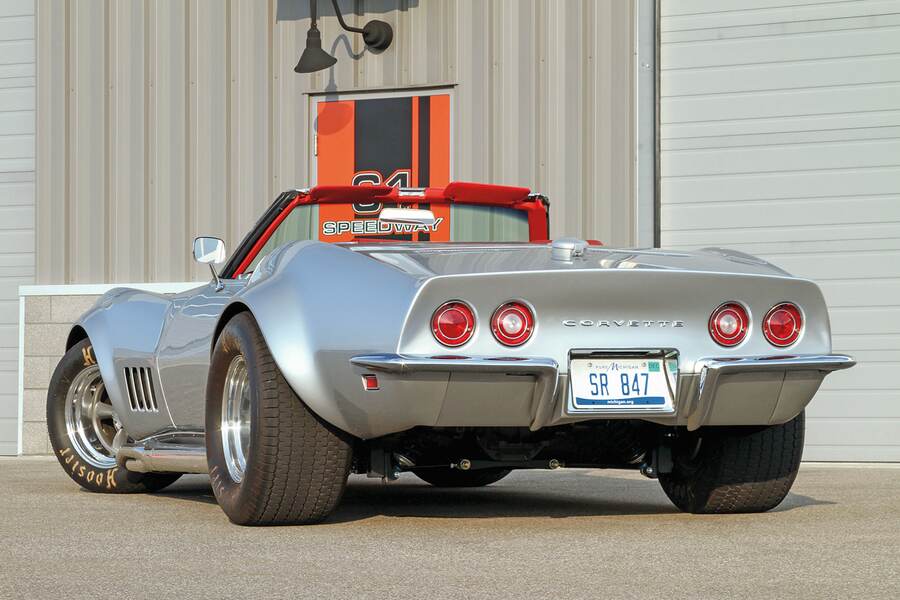 “I had done a few other cars over the years, but I really wanted to do this Corvette when I had the time, and focus to [make it] exactly as I envisioned,” he says. “And I always loved the look of the L88 racecars, like the Randy Wittine–designed, Owens-Corning wide-body car driven by Tony DeLorenzo and Jerry Thompson—fender flares and side exhaust on a roadster with a hardtop. It was the toughest-looking thing on the track.”

The look had been locked in Peters’ brain for decades when he finally decided to pull the trigger for the build about five years ago. He went as far as purchasing a project car, but it was sufficiently rough that Turn Key Automotive’s Rich Rinke, the builder tagged to bring the vision to reality (he also builds the COPO Camaro factory racecars for Chevrolet), suggested an alternative: a ’69 roadster a friend of his had spotted at the Barrett-Jackson Scottsdale auction in 2016.

“I was actually out there, chasing a ’65 Impala SS convertible at one of the other auctions, when Rich called me about the car,” says Peters. “I was waiting for my wife Carolyn to arrive, [since] she’s always been my partner with these cars. I wasn’t even registered for the Barrett-Jackson auction, but we worked out the bidding through a third party. It all happened very quickly, and when I finally saw my wife later that evening, I surprised her with the Corvette for her birthday.”

It was white and an original big-block car, but with a 454 crate engine. That was important, because Peters didn’t want to cut up a numbers-matching Corvette—and the cutting started just as soon as the car arrived at Rinke’s shop, north of Detroit. “The first thing we did was hold up the fender flares to get an idea of their fit and placement,” says Peters. “We literally tacked them in place with drywall screws.” 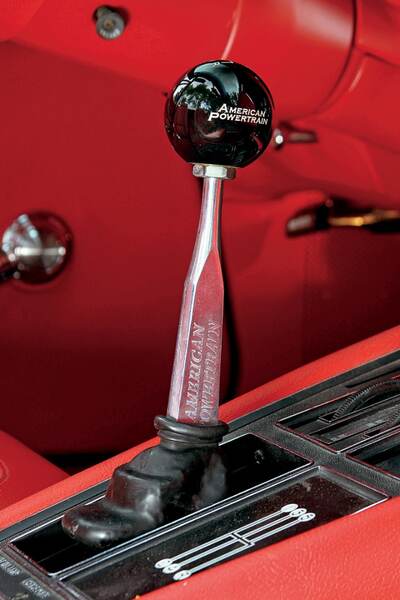 After having the bulged flares properly bonded to the vintage fiberglass, the car was painted the same silver as the original ’59 Sting Ray Racer concept. And when we say the same silver, we mean it: Peters actually located the original color chip in the General Motors Design Center and matched it.

Also hewing to the racecar motif are a period-perfect set of American Racing Torq-Thrust D rims, measuring 15 × 8.5 inches in the front and 15 × 10 inches in the rear. They’re wrapped in fat Hoosier racing radials that look as if they might have turned a few hard laps at Sebring or Daytona.

“The car is largely Tom’s vision, but I put my foot down on the tires,” says Carolyn Peters. “They were going to clean them up and paint the letters so that it all looked brand-new, but I insisted the tires should remain a little dirty and gritty-looking. It looks better this way.”

When it came to the engine, Tom Peters was again inspired by the performance trends of his youth, specifically the towering velocity stacks on the engines of everything from drag-racing gassers and A/FX cars to the thundering monster motors of the Can Am racecars. “The imagery of them was so vibrant and exotic,” he says. “I wanted to pay homage to that with this car.” 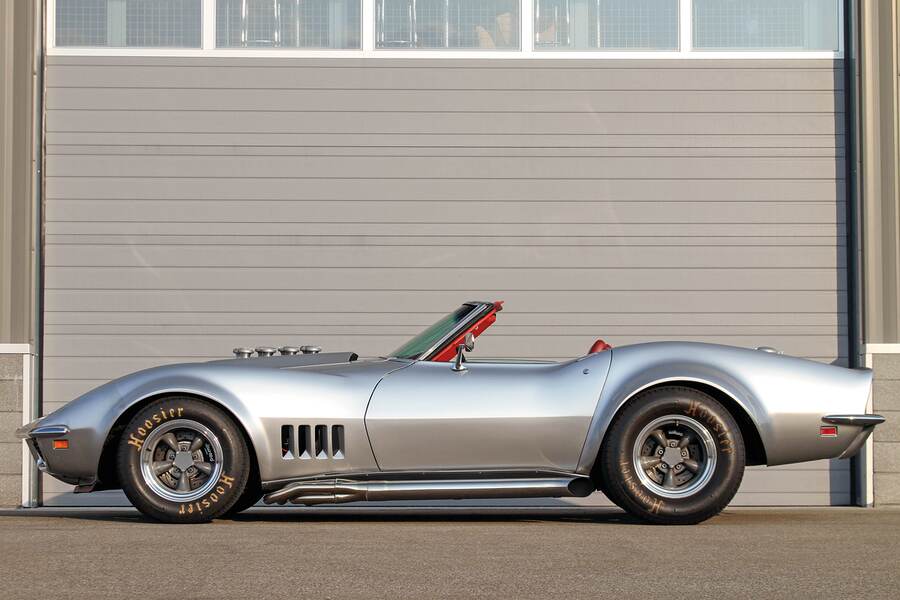 Starting with a contemporary Chevy Performance ZL1 aluminum cylinder block, Rinke’s shop scratch-built a period-perfect “Rat” engine with forged internals and Edelbrock aluminum heads, then topped it with an Inglese individual-runner EFI system. Aesthetics being everything to a designer, Peters had the system fitted with classic-looking Kinsler velocity stacks that were individually trimmed to ensure they were not only perfectly even, but protruded from the L88-style hood with just the right presence.

“I wanted to make the statement, but not overdo it—well, maybe a little,” he says. “The look is everything, and these stacks deliver it by reaching just a little over the top.”

Although Peters had an original L88 hood to use for the project, in the end he couldn’t bring himself to cut a hole in it. Instead, he hung the valuable bonnet in his living room and installed an aftermarket reproduction on the ’69. Thus topped, the engine exhales through stainless-steel side exhausts from Doug’s Headers, which complement the car’s visual feast with an aural chaser.

“I absolutely love the sound of that engine through the side exhaust,” says Carolyn. “It makes everyone smile, and it sounds great with the crackle and popping sounds on deceleration. It’s the perfect soundtrack.” 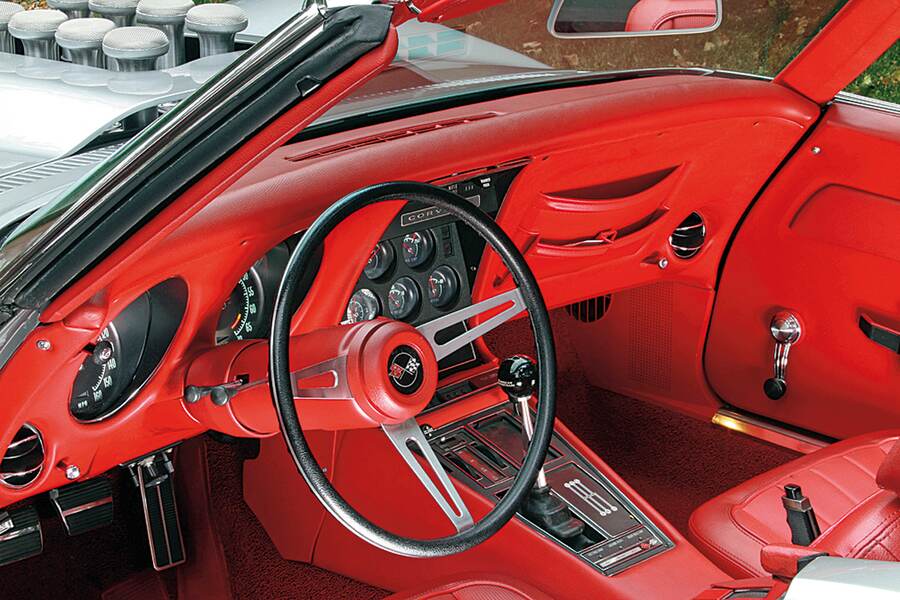 Aside from an aftermarket five-speed shifter, the car’s interior remains stock, and pristine.

Backing the boisterous big-block is a Tremec five-speed manual gearbox that channels torque to a 12-bolt rear end filled with a Detroit Locker diff and 3.55 gears. Additional chassis and suspension upgrades include Ridetech front and rear coil-over conversions, with JRI double-adjustable dampers, a Wilwood four-wheel disc-brake system, and a Borgeson power-steering system.

The one thing that wasn’t touched on the car was the red interior, which retains a factory radio-delete plate. It was in excellent condition upon the car’s purchase, and there was no need to embellish it with the injection stacks, side exhaust, and fender flares doing all of this Corvette’s talking.

“It’s a very easy car to drive, and the power comes on instantly,” says Tom. “I love that it feeds the senses—the look, sound and feel. It’s everything. And with the top off, you hear the stacks drawing air when you put your foot down. It’s just what was simmering in my mind over the years.”

It’s that vision thing. We can all be glad Tom Peters nourished it for so many years in the studio—and, with this ’69 roadster, in his personal garage. 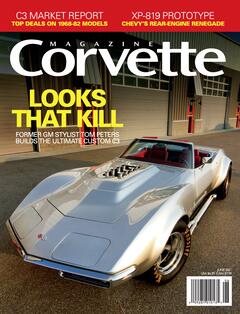