Adam Brandt ignored his own advice in buying this ’88 convertible, but ultimately ended up with his dream car anyway 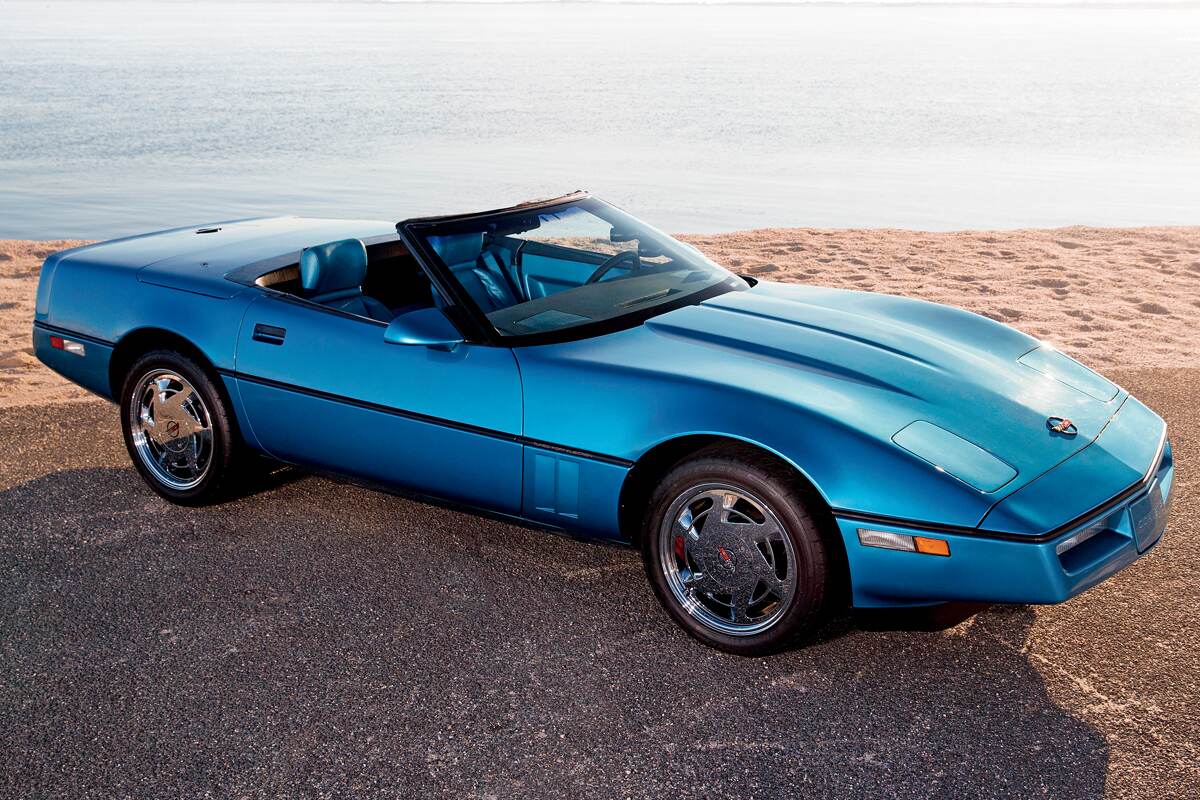 Adam Brandt has sage advice for anyone considering buying a used vehicle that’s in another state. “Plane tickets are cheap, but messed-up cars are expensive,” he warns. Brandt is a lifelong auto enthusiast who has owned a wide variety of cars over a span of decades, including several that were far from home at the time of purchase. He never hesitated to jump on a plane and go to wherever the prospective buy was, in order to see it in person before consummating the deal. Well, almost never.

Brandt grew up in the 1980s, and like many who passed their formative years during that decade, he has an abiding love for C4 Corvettes. “The Corvette was a pop-culture icon [at the time]. The radio played Prince’s ‘Little Red Corvette,’ TV’s The A Team showcased Face’s Corvette with the stripe, and movies like The Cannonball Run [featured it].”

By the time he turned 23, Brandt had saved up $14,000 to buy his first Vette. The choice came down to a 1987 Medium Blue Metallic convertible or a 1988 35th Special Edition model. Though blue was his favorite color, he chose the white ’88 because of its unique, anniversary-themed features. Still, he never lost his desire to someday own a blue C4 convertible. 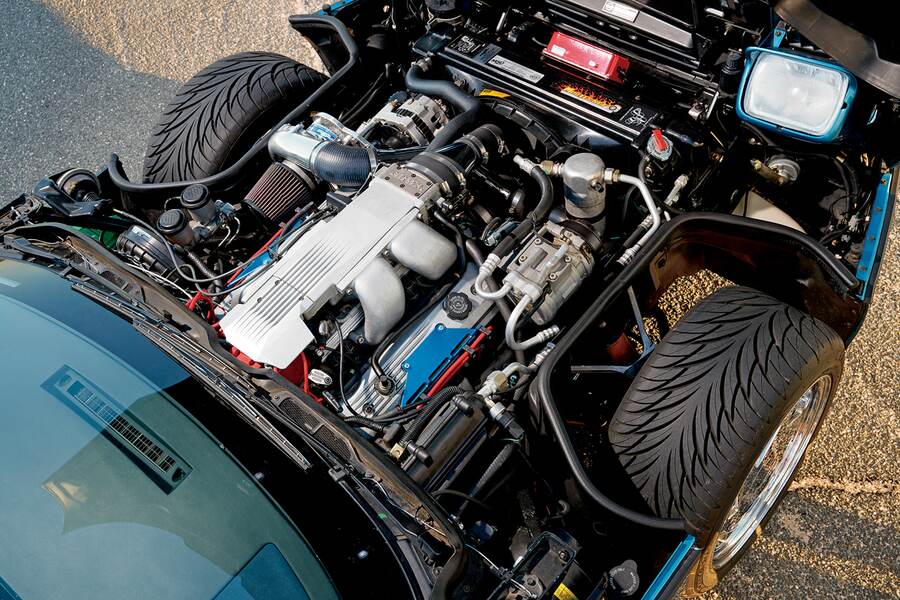 Although the ProCharger kit makes for a tight fit in the C4’s engine compartment, its centrifugal design helps keep the risk of heat soak to a minimum. Note the “siamesed” intake runners, a popular performance mod in the L98 era.

As time passed, Brandt’s ’88 gave way to C5 and then C6 Corvettes, one of each model he still owns to this day. Both are custom painted, and each is propelled by an all-forged twin-turbo engine making more than 1,000 horsepower. Brandt built and tuned both cars himself, having cut his teeth on an earlier modified C5 that he drag raced on tracks in the Northeast. “It was kind of funny,” he points out, “that my racecar, which was supercharged and ran in the 9s, was actually slower than my street cars.”

Though he clearly has a lot of fun with newer Corvettes, Brandt’s love for blue C4 convertibles never waned, and in 2016 he decided to finally scratch that itch. He and his girlfriend started by flying to Chicago to check out one that looked nice in photos, but which turned out to have a problem common to older C4s: It was rife with fluid leaks.

Next, they drove to Atlantic City to look at another C4, but this one “smelled awful inside,” according to Brandt, and was summarily dropped from consideration. Undaunted, he kept up his search for a clean, low-mileage example. To that end, he checked online sites just about every day, until one morning a promising prospect appeared. 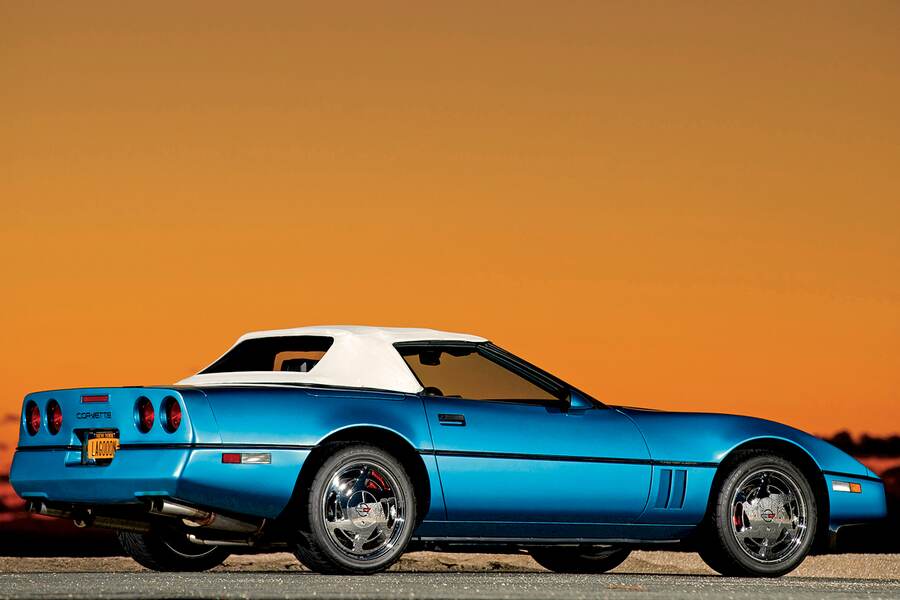 “A blue ’88 ‘convert’ popped up on eBay,” Brandt recalls. “The car was located in San Francisco, across the country from where I was in New York. I contacted the owner, who said the car was garaged all of its life, and [that] he had just installed a ProCharger P600B intercooled supercharger at a friend’s shop.”

The P600B was one of the first centrifugal blower systems developed by ProCharger back in the mid-1990s, and while it has since been surpassed in power and technological complexity by the company’s newer systems, it is still capable of adding well over 100 horses to the output of an otherwise stock L98 engine. For a performance-minded enthusiast like Brandt, it was a real find.

Ignoring his own advice, Brandt decided to look at the car via Skype. Using that online method, the seller showed him the car, started it, and went through all the electrical items to make sure everything was working. “We agreed on $11,000, which I thought was fair for a C4 with 36,000 miles and a brand-new supercharger kit,” Brandt says. 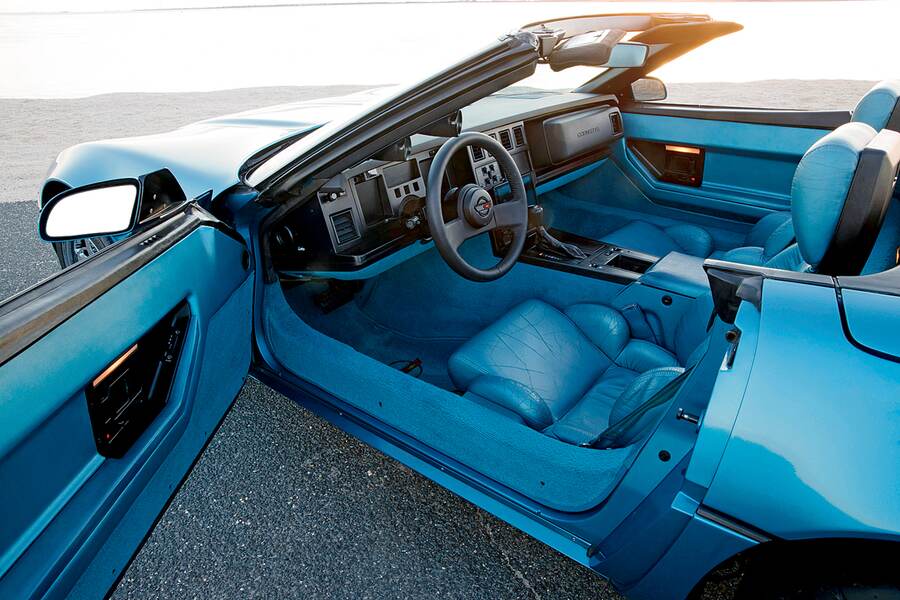 Besides the relatively low odometer tally, super-clean appearance, and new ProCharger system, the Corvette had a few other desirable modifications. These included cross-drilled brake rotors with powder-coated calipers, along with a Flowmaster exhaust system.

Two weeks later, the Medium Blue Metallic droptop was delivered to Brandt’s doorstep. At first, he was pleased to see that the car had made the cross-country journey via an enclosed carrier without sustaining so much as a scratch. Furthermore, it was every bit as clean inside and out as it had looked in the photos and in its Skype presentation. Brandt’s elation was short-lived, however, because a short drive revealed that the Corvette’s functionality fell well short of its appearance.

“My girlfriend and I jumped in…to go for a ride,” he relates, “and not 10 minutes [later] we started to smell oil, and the car started to bellow white smoke. I [had also] turned the heat on, and there was no heat.” 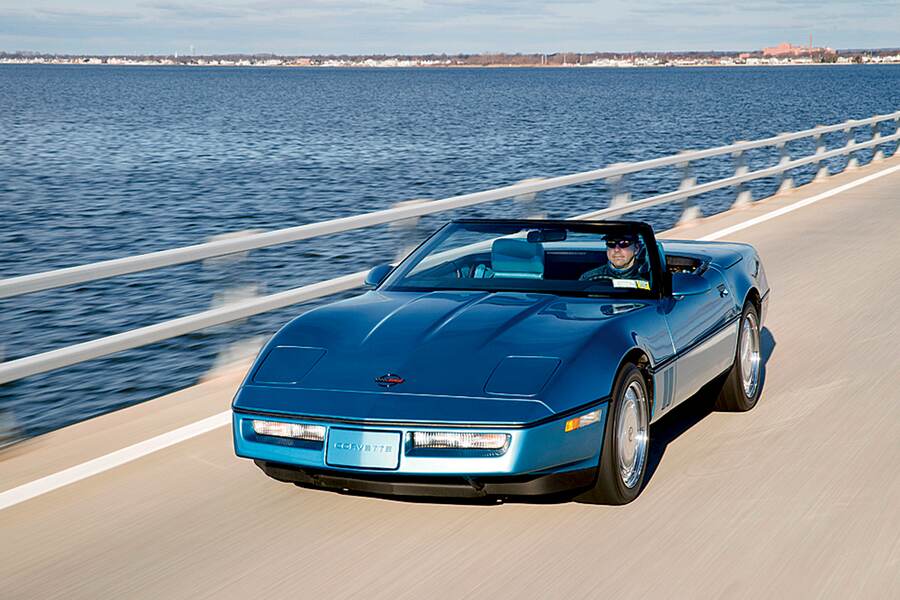 Once safely home, Brandt subjected the car to a thorough inspection, only to find that it was leaking oil, transmission fluid, and antifreeze. He also discovered that the heater core had been bypassed, which explained the lack of warm air from the HVAC system. All of these things could be fixed, but Brandt admits he would have never purchased the car for $11,000 if he had known about all of its mechanical issues. “I probably would have not purchased the car at all,” he says.

Disappointed but not defeated, Brandt rolled up his sleeves and fixed all of the C4’s problems. It didn’t hurt that he happened to own Optimum Performance, a shop that specialized in tuning and speed modifications for late-model Corvettes and other high-performance cars. Still, the list of items that needed addressing was formidable, as Brandt explains.

“My friend Lou Grabowski and I…replaced the leaking heater core, which is a two-day job on a C4. Then, we pulled the top half of the motor apart to replace the head gaskets and intake-manifold gasket. We fixed the leaky transmission and installed a shift kit and deep pan, [then] replaced the leaking radiator and leaking water pump.” 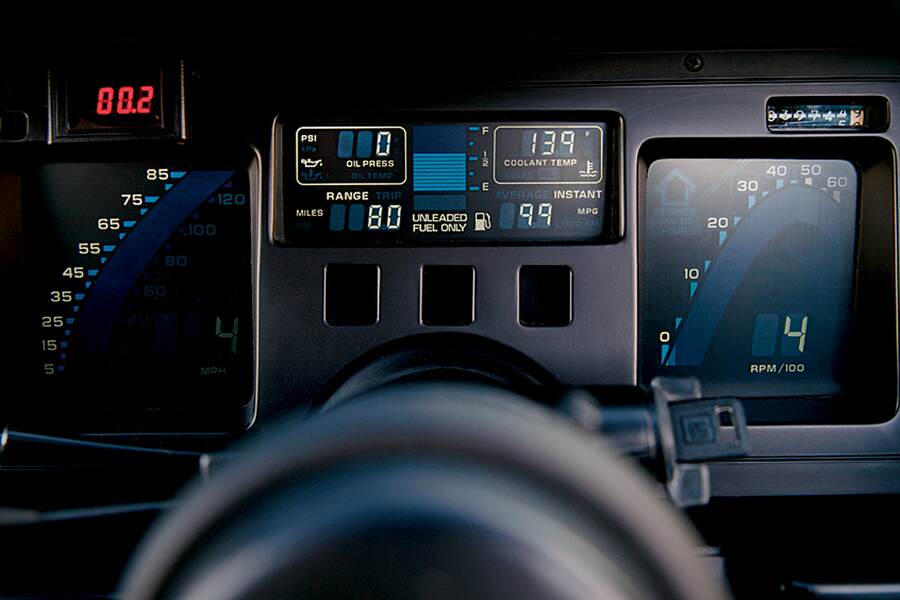 There was more. “We installed a thermostat, which was missing altogether,” Brandt continues. “We also straightened out the sloppily installed supercharger, tightening everything up and realigning it so nothing rubbed. We installed an Innovate [Motorsports] wide-band, AutoMeter boost and fuel gauges, and tuned it with a Moates.net chip burner and software.

“It was a learning experience, but I was familiar with tuning LS cars, so it wasn’t that bad. Finally, we installed the right injectors for the car, which were 42-lb [units] from Fuel Injection Connection, and got the car to run great.”

In addition to all of the repairs, Brandt installed a Joying stereo because the ’88 was not optioned with the Bose system that was available at the time. The Joying system is an Android tablet with a radio app and a navigation system, but because it’s designed to occupy a DIN 1.5 slot, it covers the stock C4 radio opening perfectly.

Brandt also found a company called Corvette-Craft that manufactures colored LED kits for the early C4’s Atari-style digital dash. He picked a blue-and-white LED kit to match the color scheme of the car’s blue exterior and white top. He also sent the original ’88 “Cuisinart” wheels to Wheel Concepts to have them chrome-plated.

Though Brandt ended up putting way more time and considerably more money into the car than he expected to, he has no regrets. He finally has the blue C4 convertible that he has lusted after since he chose that 35th Anniversary car over the topless ’87 more than 30 years ago. As for the problems he had to overcome along the way, he considers them a helpful reminder to follow his own advice about plane tickets being cheaper than messed-up cars. He also tells us that fixing the Corvette’s various leaks and straightening out all of its other problems wasn’t nearly as miserable as it sounds.

“We did a lot to the car, but at least some of the work was a learning experience,” he says. “I love to learn new things about these cars, so from that perspective, it was rewarding and fun. And the end result makes it all worth it. Now I have a low-mileage, supercharged C4 convertible that is really special to me.” 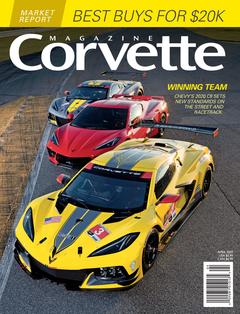