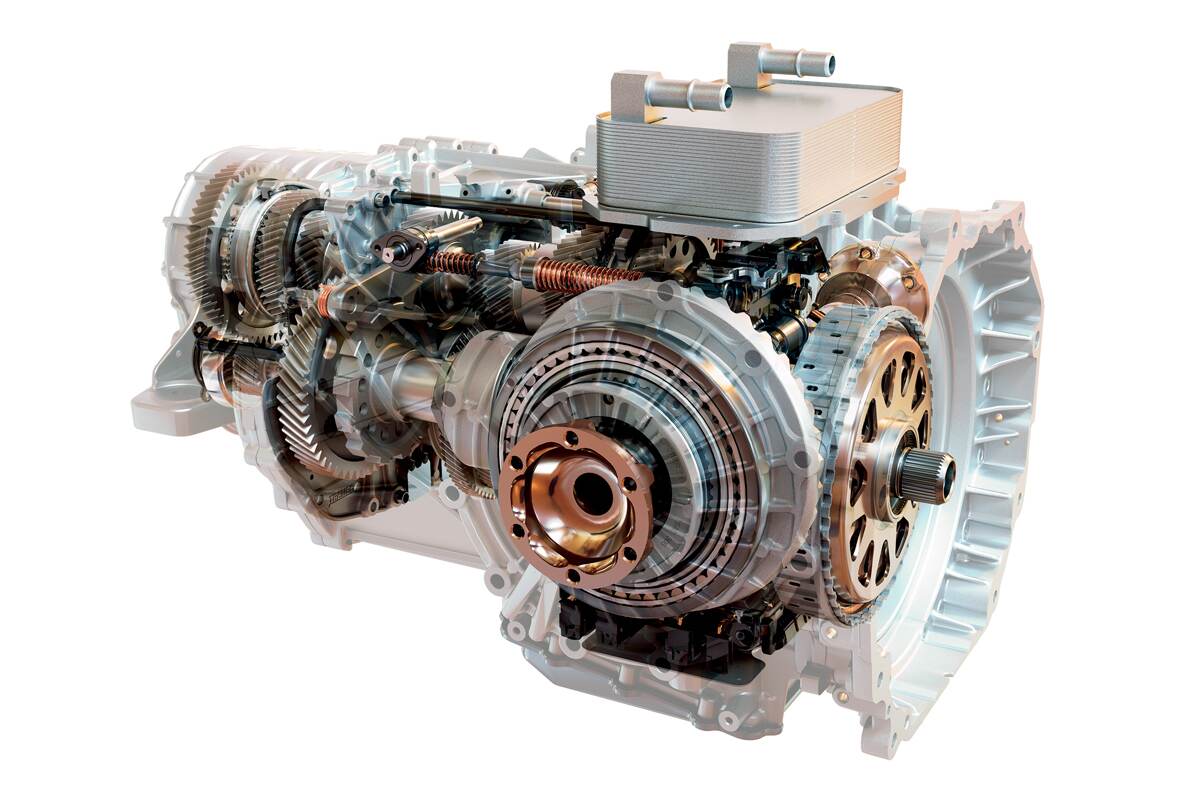 Those of you weeping over the lack of a clutch pedal in the 2020 Corvette may now dry your eyes: The new dual-clutch automatic (DCA) is officially a change for the better. What’s lost in driver involvement is more than repaid in acceleration, mileage, and drivability gains. And what may seem like reprising the automatic-only 1953-54 Corvettes is in truth a leap forward as significant as the switch to a mid-engine layout.

Executive Chief Engineer Tadge Juechter is quick to point out a key motivation for this move. “We’ve had Corvette customers asking for a dual-clutch automatic for some time. Our goal here is to combine a manual’s driving engagement with the speed and smoothness of an automatic.”

To understand the new Tremec-supplied transaxle, forget everything you know about conventional automatic transmissions. They consist of a torque converter and multiple planetary gear sets that provide as few as two (Powerglide) or as many as 10 (full-size Ford and GM pickups) ratios, along with automatic and, typically, manual shifting options. In contrast, a DCA is essentially two manual transmissions packed into one aluminum box with electronic controls in charge of every operation. Two engine-driven clutches spin two concentric main shafts. Helical gears located on these shafts mesh with other gears on a parallel countershaft. Output from the countershaft then goes straight to the final-drive differential. Computer controlled electro-hydraulic actuators engage both the clutches and the gears spinning on the three shafts. A remarkable symphony of operating strategies provides a wealth of modes ranging from full manual control to stick-shift-beating upshifts for drag racing to Driving Miss Daisy composure around town.

DCA’s secret weapon is no interruption of torque delivery during upshifts, since engagement of the next gear begins well before the current gear is released. The gear-to-gear process lasts roughly 100 milliseconds (.10-seconds), but because there is no discernible lapse in propulsion, comparing DCA shift times with that of a conventional manual gearbox is pointless. One clutch routes torque to odd-number gears, while its playmate powers even-number gears. Synchronizers, identical in principal to those used in manual transmissions, smooth the engagement. 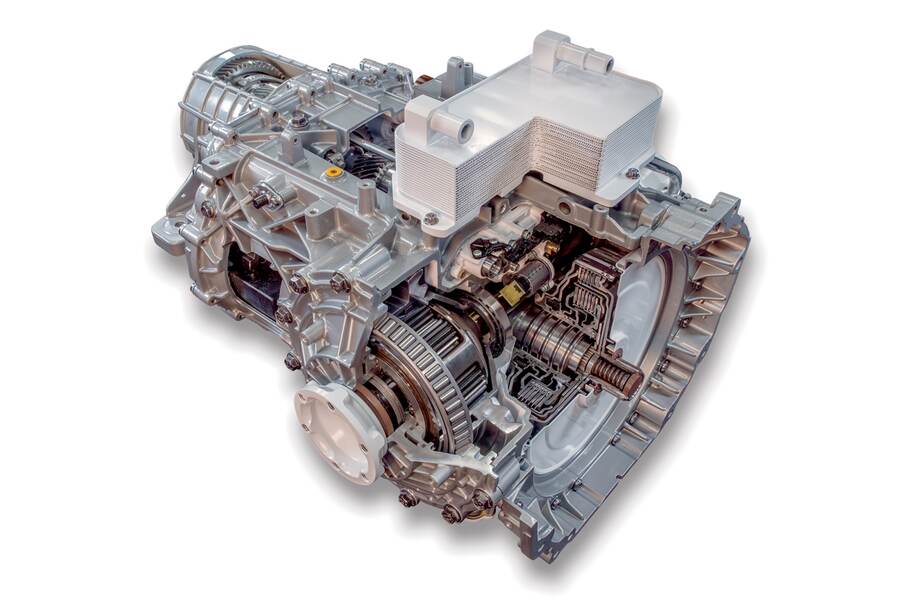 This image neatly illustrates the dual-clutch configuration that gives this type of transmission its appellation. Look closely, and you can discern one six-plate clutch contained within another five-plate unit. The rectangular structure mounted atop the assembly is a heat exchanger for the TR-9080’s special synthetic fluid.

Decades in the Making

Automotive engineers have toiled more than eight decades perfecting DCAs. Citroen tried but failed to make one work for its 1934 Traction Avant. In 1969, Hungarian engineer Imre Szodfridt earned a patent for a purely mechanical dual-clutch transaxle combining the transmission and final drive in one unit. He succeeded in convincing Porsche’s chief engineer, Ferdinand Piëch, to take a look, resulting in the construction one DCA prototype.

Flegl, also responsible for the development of Porsche’s turbocharged 956 endurance racecar, was smart enough to realize that the DCA had potential in motorsports. A notably larger and higher capacity transaxle called Porsche Doppelkupplungsgetriebe (double-clutch transmission or PDK) was built for testing. The driver had a choice between steering-wheel buttons or toggling a lever to change gears. The control computer was programmed for automatic upshifts at the redline and downshifts during sustained braking. Linking turbo boost to the hydraulic actuator increased the aggressiveness of the shifting at the right moments. Since it wasn’t necessary to lift off the throttle for an upshift, boost never faltered.

More than a year of testing failures ensued before Porsche’s PDK earned a Fifth Place finish at Brands Hatch in 1985. Even though it was almost 100 pounds heavier than a conventional transmission, PDK was nearly a second quicker per lap. Across the hall, Audi adopted the technology to its Sport Quattro rally car, using it to good advantage winning the 1985 Pike’s Peak Hill Climb. In spite of scoring its first victory with a 962 turbo equipped with PDK in 1986, Porsche lacked the confidence to use the trans at Le Mans that year. 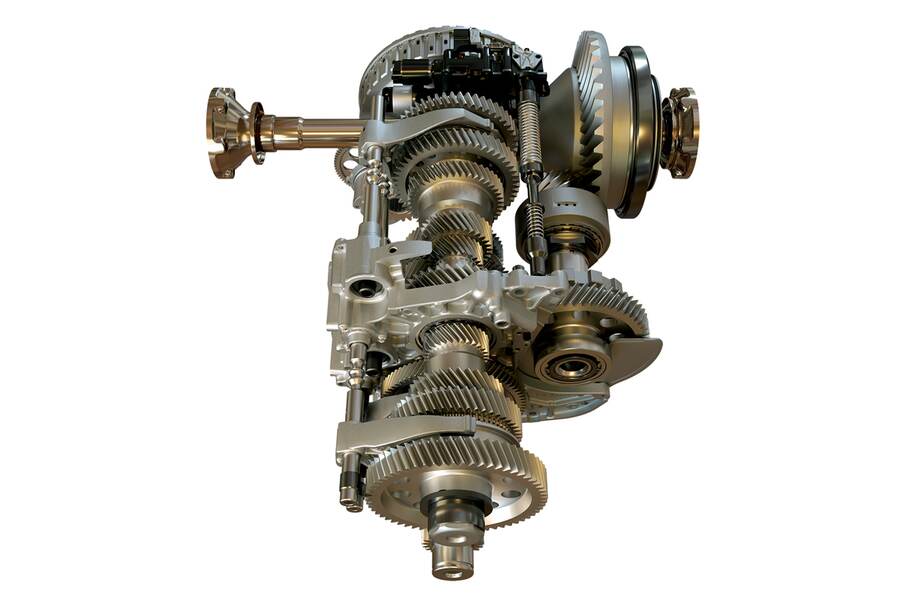 The gear set (above) features a very low 2.91 First, to abet standing-start acceleration.

Transferring PDK tech from the track to the road took another two decades of collaboration with German gearbox specialist ZF. The updated 2009 Porsche 911 was first in line, followed by the 2011 Panamera sedan and Porsche’s 2014 Macan crossover. Today, PDK is the most popular transmission (by sales volume) in Porsche’s lineup.

Born in the USA…and Belgium

The American firm BorgWarner has also played a major role in DCA’s evolution. In fact, the company’s efforts to sell the technology to European makers in the 1980s is what nudged Porsche toward ZF. In 1998, convinced that automatics would rule the future, BorgWarner sold rights to its husky T56 six-speed manual transmission, originally developed for the 1992 Dodge Viper, to the Mexico-based manufacturer Tremec. When sticks failed to fade from the scene, Tremec became the go-to source for Camaro, Corvette, and Mustang applications.

The GM-Tremec relationship prospered over the years, thanks to this multi-national firm’s combination of high quality and affordable cost. When GM emerged from bankruptcy in 2009 and revived Corvette development in earnest, Tremec headed the list of potential transmission suppliers. Given the success Porsche and other makers were achieving with DCAs, such a design was an obvious consideration. One issue was that Tremec built only manual transmissions. To remedy that, in 2012 Tremec’s parent company purchased the Belgium-based Hoerbiger Drivetrain Mechanics firm, a leader in electro-hydraulic actuators with ties to AMG, Ferrari, and McLaren. Five years later, a second new Belgian engineering, testing, and manufacturing shop was launched to keep pace with DCA demand. 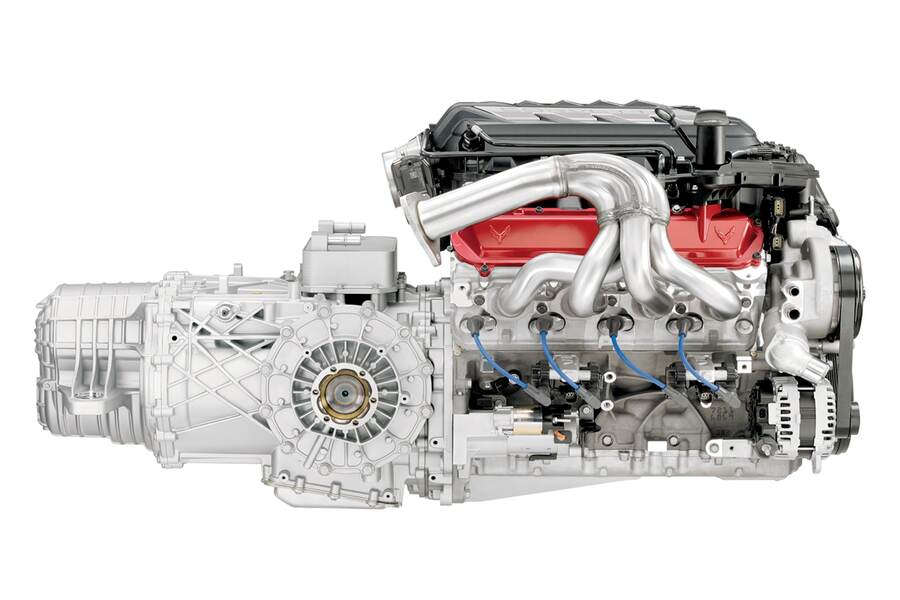 Once mounted to the engine (below), the C8’s DCA sits low in the car, improving balance. It’s also compact, allowing for the packaging of the exhaust and cooling systems, along with the rear cargo area.

What’s in the Box?

As the accompanying cutaway reveals, one multi-plate drive clutch is nestled neatly within the other. The outer one has five driven plates to drive even-number gears, while the inner clutch has six plates to drive odd-number gears. A special synthetic fluid supplied by Pentosin saturates the wet clutches, operates the hydraulic actuators, and lubricates the synchronizers, helical gears, limited-slip differential, and bearings. A stacked-plate fluid-to-coolant heat exchanger mounted atop the DCA housing dumps heat into the atmosphere via the Corvette’s radiator.

Two differentials are available in the C8. The clutch-type standard unit in the base car has fixed limited-slip characteristics and provides a 4.89:1 final drive ratio. The Z51 Performance Package adds an electronically actuated 5.17:1 planetary differential that is open during normal driving, then progressively closed during more aggressive acceleration and cornering.

While the TR-9080’s initial torque and rpm ratings are 590 lb-ft and 7,500 rpm, higher-capacity designs are under development for more ambitious future Corvettes. Two other notable attributes include an input-shaft axis located below the axis of the output flanges twisting the half-shafts. This facilitates mounting the engine lower in the chassis. The second attractive feature is highly dense packaging that saves space at the rear of the Corvette for exhaust plumbing, catalytic converters, the cooling system, and a largish luggage compartment. 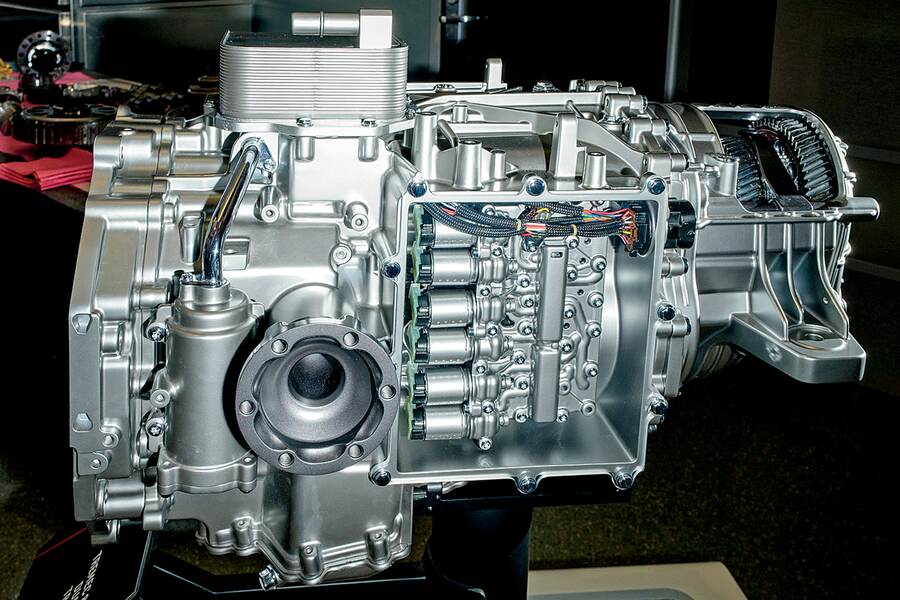 The DCA’s diminutive size is all the more impressive considering that it effectively constitutes two manual transmissions housed in a single aluminum box.

Boiling DCA’s complexity down to operations the driver can readily understand and exploit is an art unto itself. To commence any trip, you depress the brake pedal and punch the engine stop/start button mounted to the right of the steering wheel. Once the engine is running, the shifter on the center console offers three buttons marked R, D Auto, and M to get you going, and N to interrupt progress. Paddles attached to the steering wheel command shifting in both D and M drive modes. The right one advances you a gear, while the left one drops you down a notch, as in automatic C7s.

The round Driver Mode knob to the right of the console shifter opens another metaphorical file cabinet of options. Tapping a toggle ahead of the knob twice disengages traction and stability control. Twisting the knob activates a Track mode menu in the electronic display screen offering six more choices: Tour, Sport, Track, Weather, My Mode, and Z Mode. The latter two let you customize engine, transmission, suspension, and instrument displays to your liking. There’s also a handy Z button on the left steering wheel spoke for quickly engaging custom settings without taking eyes off the road.

A special Burnout mode is also available to warm the rear tires for optimum acceleration or to simply create a spectacle. After punching D, you sink the brake pedal, pull back both shift paddles, and floor the throttle. When the brake pedal is released, the tires will spin freely. That sets you up for launch control, the mode that is said to achieve optimum acceleration from rest. It conveniently works in both D and M shift modes. You depress first the brake pedal, then the throttle to the mat. The instant 3,500 rpm is displayed on the tach, lifting off the brake will swirl your brain with forward thrust.

Chevrolet announced zero-to-60-mph performance of 2.9 seconds with the $5,000 Z51 Performance Package, as opposed to 3.0 seconds for those (like this author) who passed on that option. Both editions accelerate through the quarter mile in 11.2 seconds. Interestingly, the lower-drag base car scores a trap speed of 123 mph, versus the Z51’s 121 mph. The base C8 tops out at 194 mph, compared with some slightly lower (but undisclosed) figure for Z51 cars. Let the bar debates over which is the better Corvette begin.

Corvette engineers spent months squeezing maximum performance and refinement from the Tremec TR-9080. Most shifts are perfectly smooth, but when it’s time to go, this box of gears all but defies the laws of physics. Along with the mid-engine layout, the potent LT2 V-8, and $60,000 base price, this new DCA is convincing evidence that the 2020 C8 is a worthy stride forward in Corvette’s long and distinguished history. 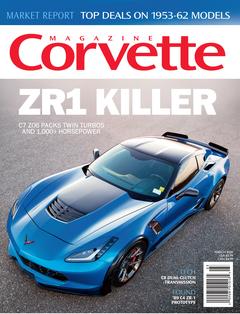