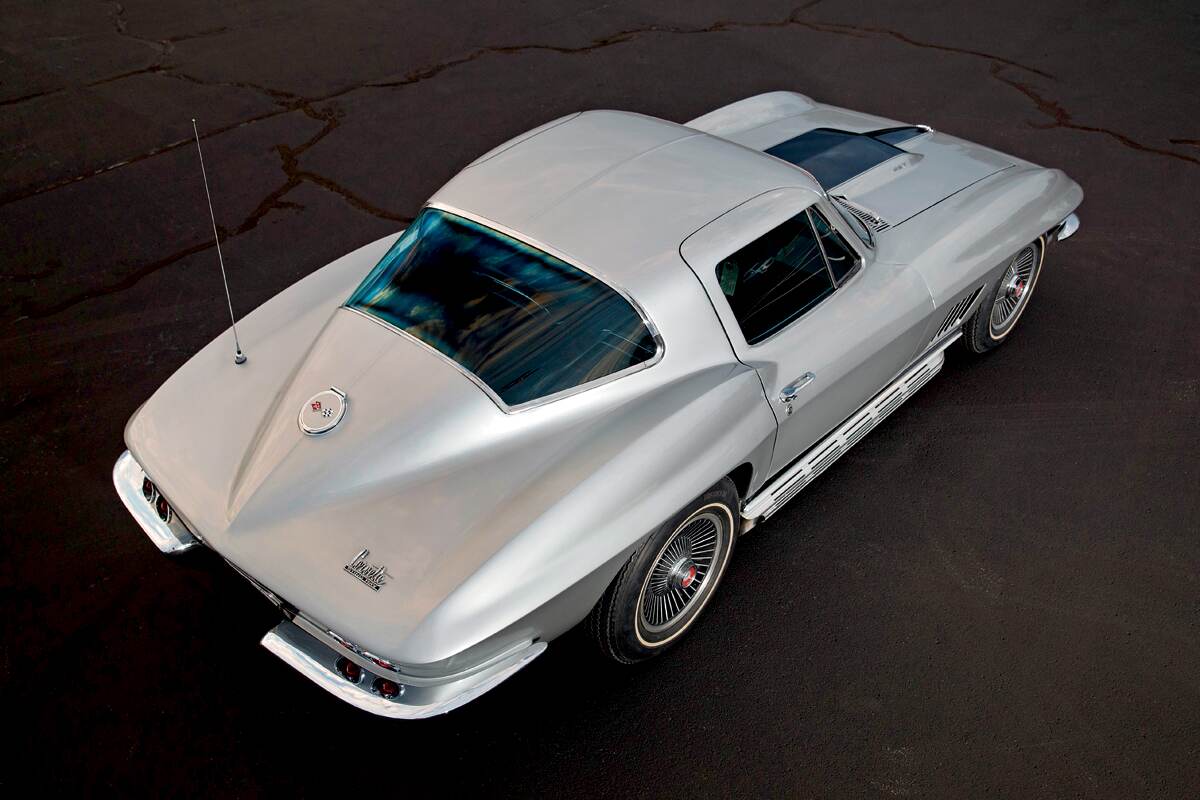 When Jettie Ball met Bill Smithson at Alabama’s Redstone Arsenal, where both of them worked, it was instantly clear that they had something in common. She was driving a 1966 Chevelle SS396, and he was the proud owner of a ’63 Pontiac Grand Prix with a tri-carbed 421. By early 1967 they were engaged, at which time they decided to buy something “wild” for their honeymoon.

In February, the couple went to Littrell Chevrolet in Athens, Alabama and ordered a Silver Pearl Corvette coupe. She wanted air conditioning, which was understandable given that they were going on their honeymoon in the south in July. He wanted the biggest, most powerful engine available, which was option L68, a 427-cubic-inch, 400-horsepower big-block crowned with a trio of two-barrels.

Though there were three even more powerful engines on Corvette’s option list in ’67, none of these could be coupled with air conditioning. The 400-horser remained the stoutest Corvette engine that could be had with A/C until model year 2002, and it’s believed that fewer than 300 ’67s were built with this combination of options. 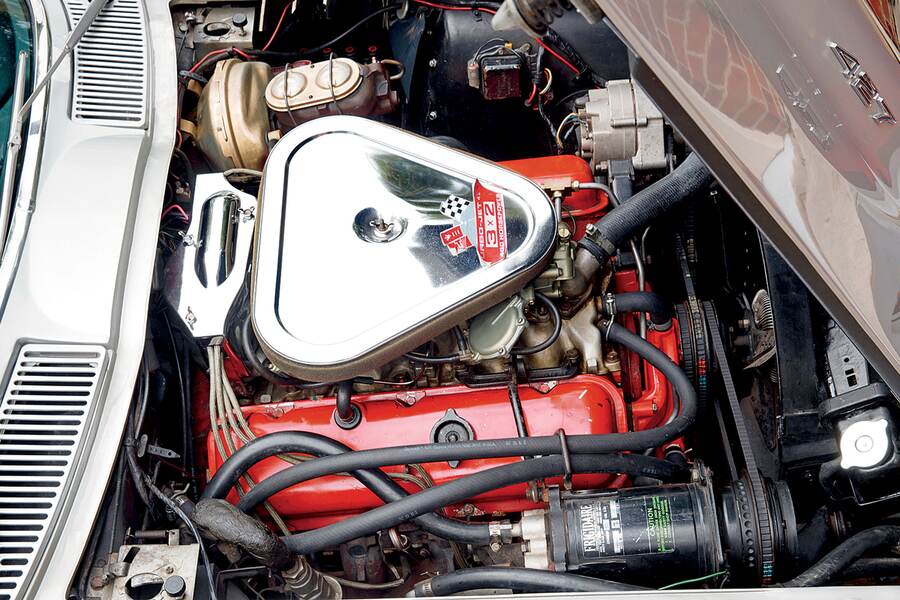 Ball and Smithson took delivery of their new Corvette on March 31, 1967. In addition to the aforementioned features, it was equipped with power steering and brakes, a four-speed manual transmission, a Positraction rear, side-mounted exhaust pipes, whitewall tires, an AM/FM radio and tinted glass. In July, as planned, the newly married couple drove it down to Miami and the Florida Keys for their honeymoon. They took another long road trip in the car in the summer of 1968, this time traveling north to Michigan.

In 1969, Jettie’s mother died unexpectedly, leaving her and Bill to raise her young sisters. They suddenly needed a car with more seats than the Corvette had, so they traded it in on a nearly new Eldorado at Huntsville, Alabama’s Jones-Hill Cadillac dealership.

The Smithsons’ Corvette, which was assigned a prominent spot on Jones-Hill’s used-car lot, immediately caught the eye of Wade Russell, who had graduated from Auburn University just a few days earlier. “It was love at first sight,” Russell remembers. “I just had to have that car.” 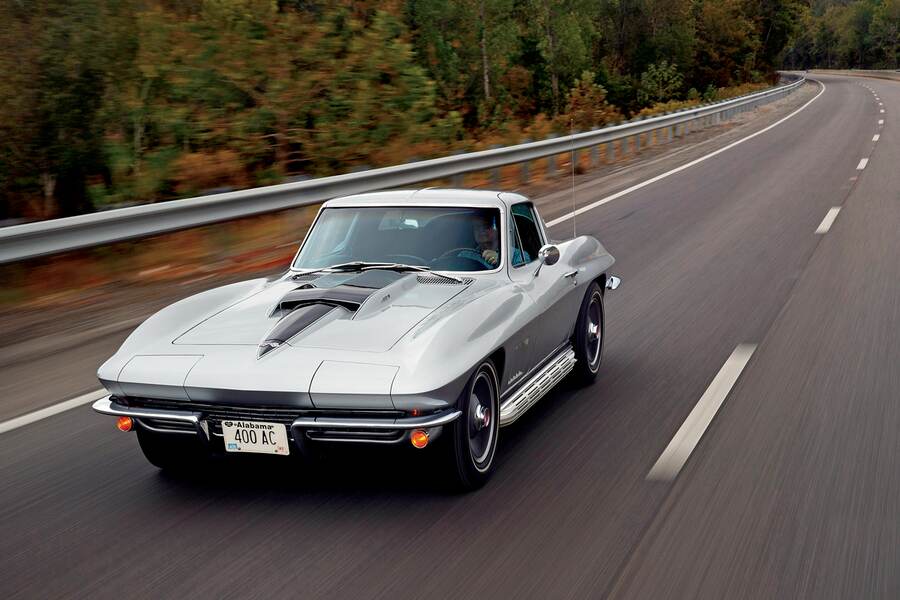 Though Russell was instantly smitten, he didn’t let love cloud his good judgment. Well aware of how some 427 Corvettes were driven at the time, and suspicious about why the one in front of him ended up in the used-car inventory of a Cadillac dealer, he asked to speak with the person who traded it in. The salesman graciously provided him with the Smithsons’ phone number, and Russell immediately called. “Bill’s response to my questions about the car was, ‘Just buy it. I already miss it terribly!’ so I did exactly that. I borrowed money from First Alabama Bank and bought it for $3,200.”

Predictably, Russell had more than a little bit of fun with his new acquisition. “I totally loved the car and drove the heck out of it. I’m lucky to be alive, as I was 22 years old at the time, and with 460 pound-feet of torque connected to the pavement with [narrow] bias-ply tires, it was a handful.”

Russell quickly gained respect for the car’s capabilities, and soon he was enjoying every moment he spent behind the wheel. The fun came to an abrupt end, however, in June 1970 with the arrival of a draft notice from Uncle Sam’s Army. “I couldn’t make the $120 monthly payments on a soldier’s salary of $87 a month, and my dad, probably correctly, worried that it was ‘too much car’ for me. So, he refused to help me make the payments while I was on active duty. As a result, I very reluctantly had to sell.” 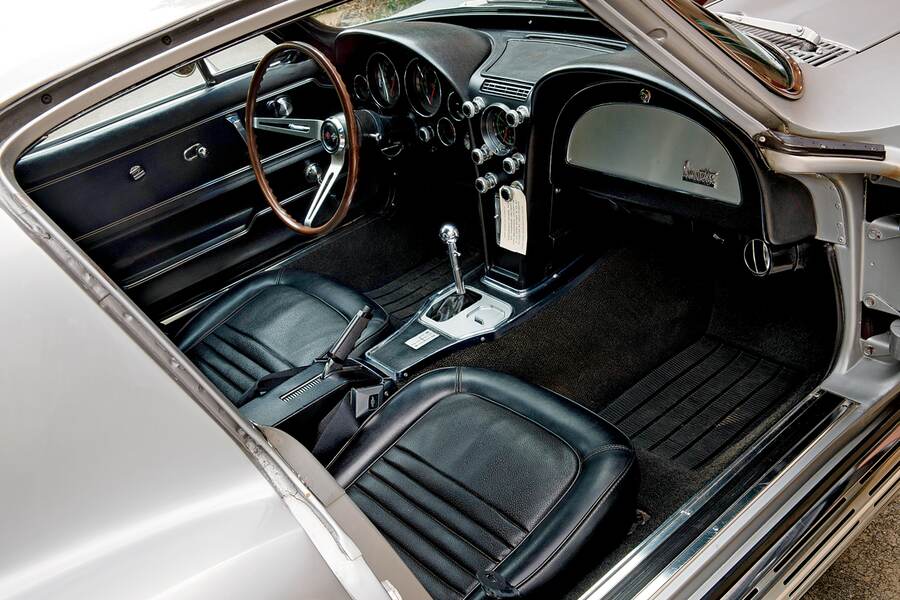 With a heavy heart, Russell sold his Corvette to Bob Taylor. “His brother Charles, a high-school friend of mine, was blown off the deck of an aircraft carrier in the Gulf of Tonkin in 1968,” Russell says. “Since I had to part with [the car], I was glad for Bob to have it.”

Taylor enjoyed the car regularly until selling it to Tom McCaleb in 1974. McCaleb and his silver 427 Corvette became a regular fixture in Birmingham through 1979, which is when his job with 3M took him, and the Vette, across the country to Portland, Oregon. McCaleb sold it to fellow Portland resident Bill Andross in 1980, and about a year later Andross sold it to another Oregonian named Bill Savage.

In 1983, Savage sold the Corvette to Jack Crosley, and that same year Crosley took it to an NCRS regional meet in Bend, Oregon, where it received a Top Flight award. Many of the judges at the meet told Crosley how delighted they were to examine the car because they had never seen a real ’67 400-hp “air car” before. 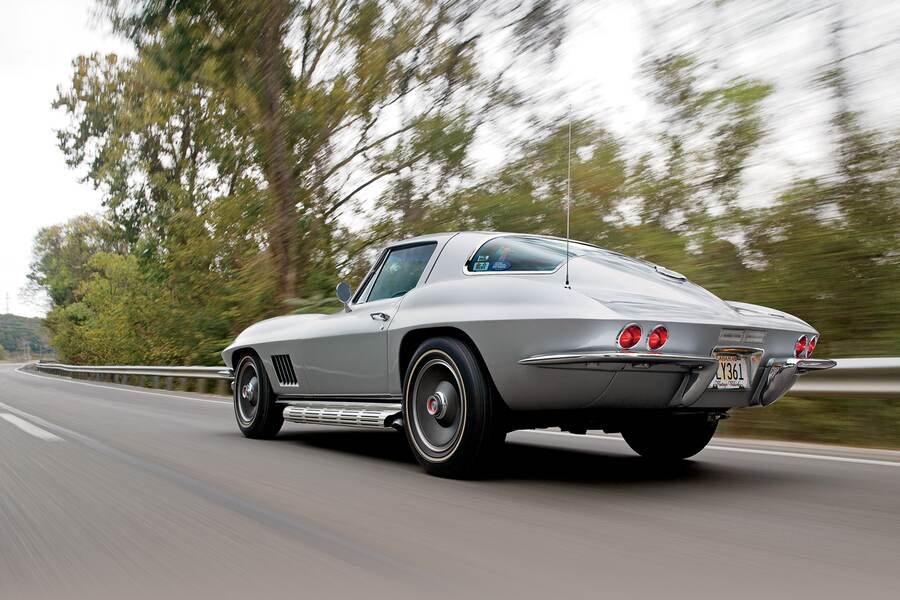 One month after Crosley got back from the Bend event, he placed a fateful call to Wade Russell. “He called and said, ‘I have your car,’” Russell recalls. “I had a grocery store called Star Market, and he found my business card in the glove box—14 years and four owners after I sold it. We had a great conversation about the car and its provenance, and I told Jack I would send him a set of pictures I had taken of the car the week I sold it and went into the Army. He really appreciated that gesture. I also told him that if he ever wanted to sell the car, I wanted it back.”

One evening two years later, Crosley called Russell and said he was going to sell the Corvette. “I said to him, ‘I’ll see you in the morning!’ Jack knew I was in Huntsville, and he and the car were in Portland, so he didn’t really expect to see me the next morning [but] kind of incredulously said, ‘OK.’”

Russell is a lifelong pilot with plenty of pilot friends, one of whom got him up to Atlanta in time to catch Eastern Airline’s redeye to Portland. Crosley picked him up at the airport at 7:00 a.m., and the two drove the Corvette to the Columbia River Gorge, a 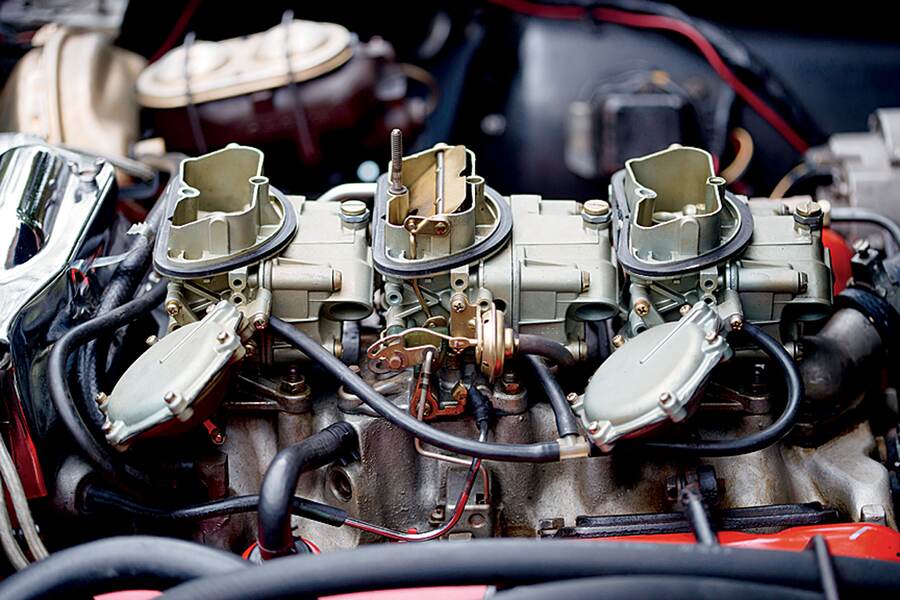 stunningly beautiful canyon that stretches for more than 80 miles through the Cascade Mountains. “The Gorge was spectacular, and so was the car,” Russell tells us. “We agreed on a price, and I immediately had the car shipped back home to Huntsville.”

Miraculously, the car had changed little since Russell sold it back in 1970. Aside from a lacquer repaint in 1981, and the replacement of normal wear items like the tires and battery, it remained almost completely original. This was confirmed by a complete, written evaluation that well-known Corvette enthusiast Paul Adams did for Russell in 1986.

“I thoroughly enjoyed having this ‘blast from the past’ back, and I got to share the joy with both of my sons, Matthew and Victor, when they were very young,” Russell says. “I took them for rides they’ll never forget. There’s something about those bellowing side pipes echoing off the rock walls that line some of the roads here in Huntsville.” 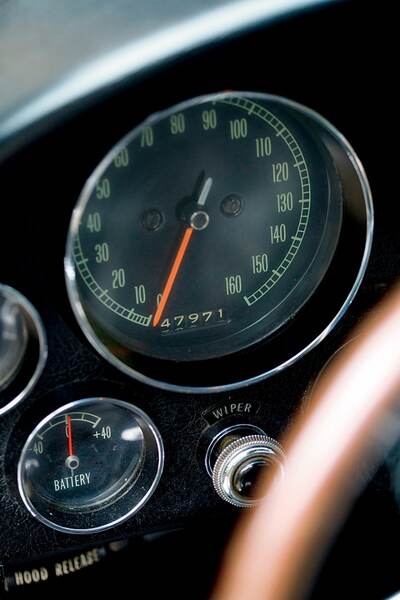 Once again, however, the fun came to a sudden end. “In June 1987, a real-estate deal came along that I considered a once-in-a-lifetime opportunity, and I had to raise money fast. I again reluctantly sold the Corvette, this time to Gary Ross [in] Knoxville.”

By 1987, the car was highly collectible, and correspondingly valuable, so its days of daily use and occasional street racing became a thing of the past. Ross kept the car for 29 years, adding only 1,900 miles to it during that time to bring its total mileage up to about 45,000. While this careful use and faithful storage were certainly good for the car’s long-term health, the extended ownership Ross enjoyed proved frustrating for Russell.

“I wanted the car back the moment I sold it, and Gary kindly put up with my calls every few years,” he recalls. “He promised to call me if he ever wanted to sell it, and finally, in late 2016, he said I could have it back. Hallelujah!” In January 2017, Russell took this rare Corvette home to Huntsville for the third—and almost certainly final—time.

“Since getting it back, I’ve driven it over 3,000 miles locally, and showed it in an NCRS event and at Bloomington Gold. I think my sons would kill me if I parted with the car again, so I plan to keep it forever this time. I’m confident, as my grandchildren like to say, that the third time really will be a charm.” 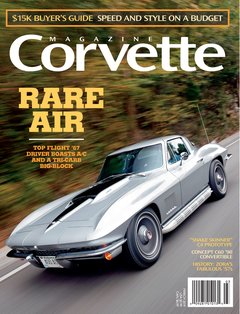