Corvettes have been available with automatics from day one, but this Turbo Hydra-Matic-equipped ’69 big-block coupe is unique, and is particularly relevant in light of the forthcoming C7 Z06. 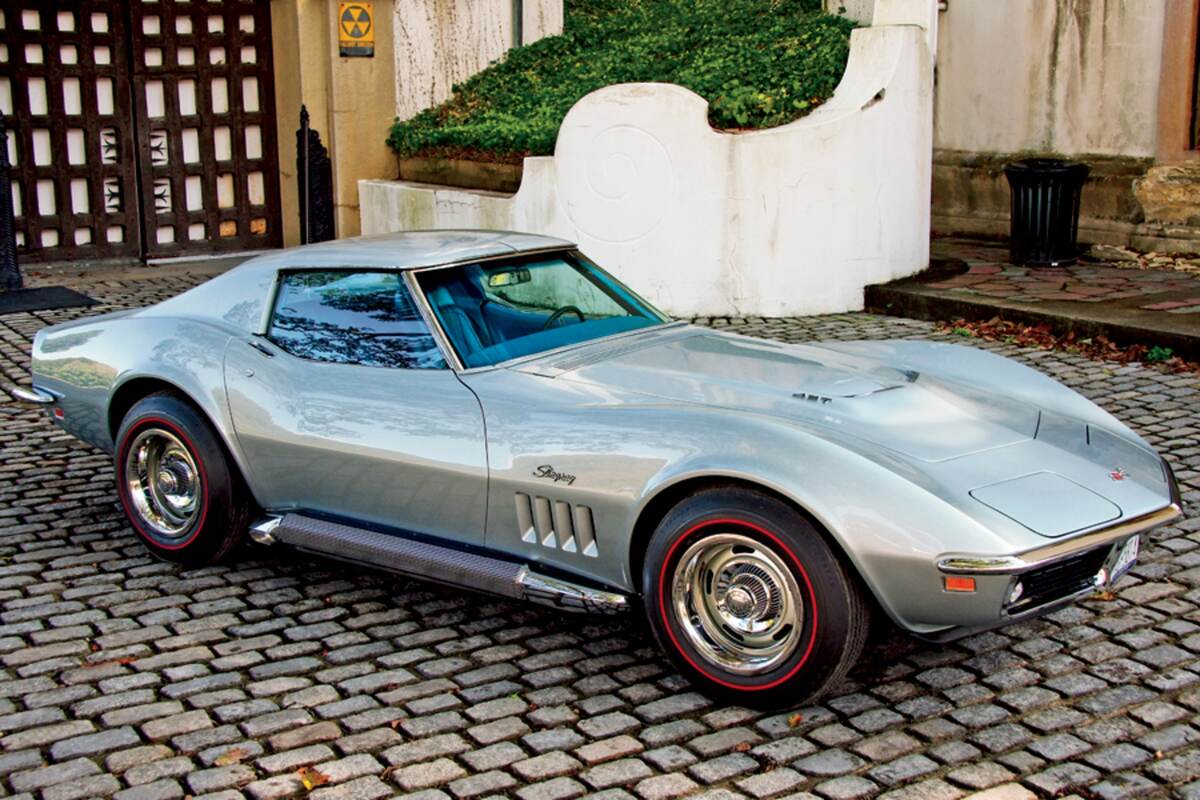 Nineteen sixty nine was the first year Chevrolet allowed Corvette customers to pair its highest-output, solid-lifter, big-block V8 with an automatic transmission; it was also the last. The following year, the big block gained displacement—climbing from 427 to 454 cubic inches—but lost power, thanks to hydraulic lifters, lower compression and a milder cam. Then, beginning with the C4 ZR-1 and continuing through the sixth-gen ZR1, high-horsepower Corvettes could only be had with a stick. With the recent announcement that the 2015 Z06 will be available with an automatic transmission, it makes sense to examine the ’69 L71 automatic on these pages.

The GM Turbo Hydra-Matic transmission was a game changer. First available on the Corvette for the 1968 model year (having debuted in 1965), it represented a significant improvement over its Powerglide predecessor. The addition of a third forward gear was the most obvious change, but the Turbo Hydra-Matic was a thoroughly re-engineered transmission that offered better shifting performance as well as higher torque capacity.

Despite its robust design, the Turbo Hydra-Matic still had to be beefed up when paired with a solid-lifter big block, which in part explains why it wasn’t available until 1969. To handle the prodigious outputs of the L71 and L88 engines—which boasted 435 and 430 horsepower, respectively, compared to the tamer 390-hp and 400-hp versions of the 427-cid V8—the Turbo Hydra-Matic’s torque convertor was fully welded and fixed in place with six bolts. In addition, it was modified to accommodate full-throttle upshifts at between 6,200 and 6,400 rpm. No wonder the ’69 big-block automatic was such a favorite among the drag-race set. 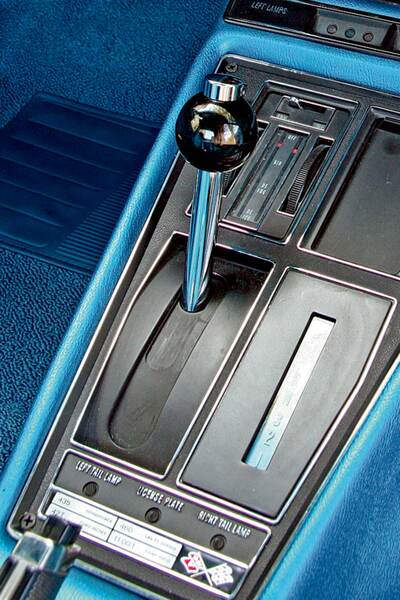 To prove this model’s quarter-mile prowess, Chevrolet engineers Gib Hufstader and Tom Langden tested a specially prepared ’69 big-block automatic back in the day. With an all-aluminum ZL1 engine underhood and an ultra-low 4.88:1 final drive ratio, this Corvette posted a 10.89-second quarter-mile time, hurtling over the line at 130 mph.

The motoring press was impressed with the solid-lifter big block/Turbo Hydra-Matic combination. As Mike Mueller points out in his book, The Complete Book of Corvette, Hot Rod magazine sang its praises in a period review: “The Turbo Hydro is the best thing that’s happened to big-engined Corvettes since high-octane fuel.” Similar gushing flowed from the pages of Car Life: “The Turbo Hydra-Matic fitted to the high-performance 427s is magnificent. It slips from gear to gear in traffic without so much as a nudge. Power tightens the shifts into a series of iron hands, strong enough to light the tires at every change.”

Despite such accolades and performance feats, there were few takers when it came to pairing solid-lifter big-block V8s with the Turbo Hydra-Matic transmission in 1969. Less than 20 L88s are thought to have been fitted with one, and perhaps half that figure when it came to L71-equipped cars. Though rarer, these big-block automatics are worth considerably less than their stick-shift brethren in today’s collector market. 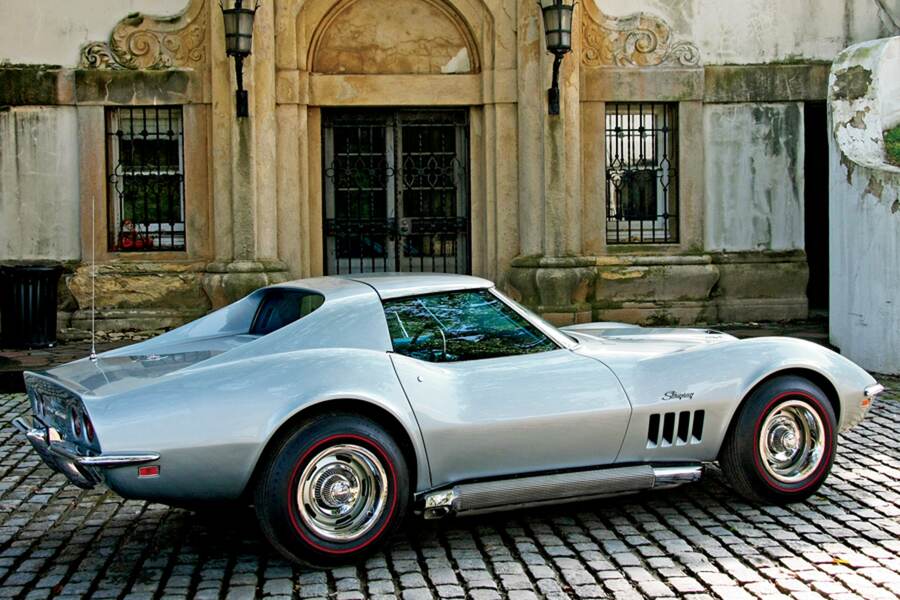 Philip Schwartz wasn’t necessarily looking for an automatic-equipped car during his hunt for a ’69 big block; he just wanted a Corvette that was out of the ordinary—“something a little different,” says Schwartz. However, it was this particular car’s color combination that first grabbed his attention: Cortez Silver with a blue interior. “I really like it; I think it’s pretty,” he explains. As it turns out, this color combination also fulfilled Schwartz’ desire for the unusual. As far as he has been able to determine, this is the only silver/blue ’69 big-block Corvette that happens to have optional L89 aluminum cylinder heads.

In a car that is absolutely brimming with factory upgrades—no less than 14, including power everything and the aforementioned automatic—its L89 option is the most noteworthy. Borrowed from the race-ready L88 engine (which had an actual output of well over 500 horsepower), the L89’s aluminum cylinder heads shaved 75 pounds from the L71 engine and $832.05 from a customer’s wallet. Just 390 of the 2,722 L71 V8s built for the ’69 model year were fitted them.

In addition to being rare and overflowing with desirable options, this ’69 Corvette was all-original, had never been in a serious accident and had just 41,000 miles on the odometer—all the elements car collectors look for. This is not to say, however, that the Corvette was in good condition. “The car was a mess,” says Schwartz. It ran, but not well. The car’s second owner—Schwartz is the fourth—had let it sit in a garage for 27 years, and it was still suffering from the consequences of this prolonged lack of use. 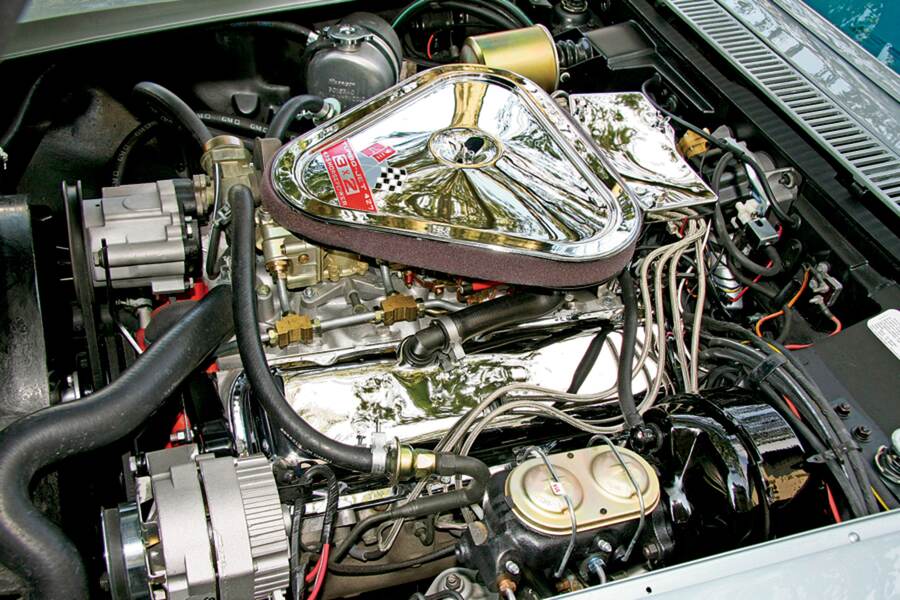 After having the Corvette for a month, Schwartz handed it over to Kevin Mackay at Corvette Repair Inc. in Valley Stream, New York for a comprehensive restoration. The result is a machine that Schwartz acknowledges is better than new, which is exactly the way he wanted it. “I like over-restored cars,” Schwartz admits. The car’s interior is shinier than stock, its two-stage paint is more expertly applied and uneven panel fit is nowhere to be found. Each of these examples of over-restoration result in points automatically being deducted by judges when the ’69 is shown at concours events.

Nevertheless, Schwartz’s L89 automatic has managed to perform well under the microscope. For example, the National Corvette Restorers Society, an organization known for its strict adherence to factory-stock appearance, awarded it with Top Flight status. The car went on to earn a Gold Certificate from Bloomington Gold and a Gold Spinner award at a Gold Spinner concours. As a result, the C3 is considered a Triple Crown car—one of the most-coveted honors a Corvette can receive.

And make no qualms about it, this car is strictly for show; Schwartz has hardly added to its 41K odometer reading in the eight years he has owned it. He is, however, able to offer up some driving impressions: “It’s not tame.” Schwartz says that despite its automatic transmission, the L89 is still a beast, with tons of power being sent to a pair of skinny tires and a massive amount of noise emanating from its factory-installed sidepipes; it idles rough and runs hot. He says the L89 driving experience is nearly as raw as that of the ’68 L88 he owns, and it has a stick. “Big blocks are terrible to drive,” he concedes, “If you want to drive a Corvette, get a small block.” 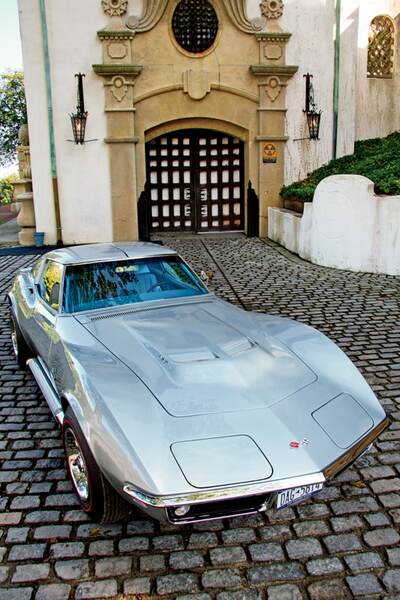 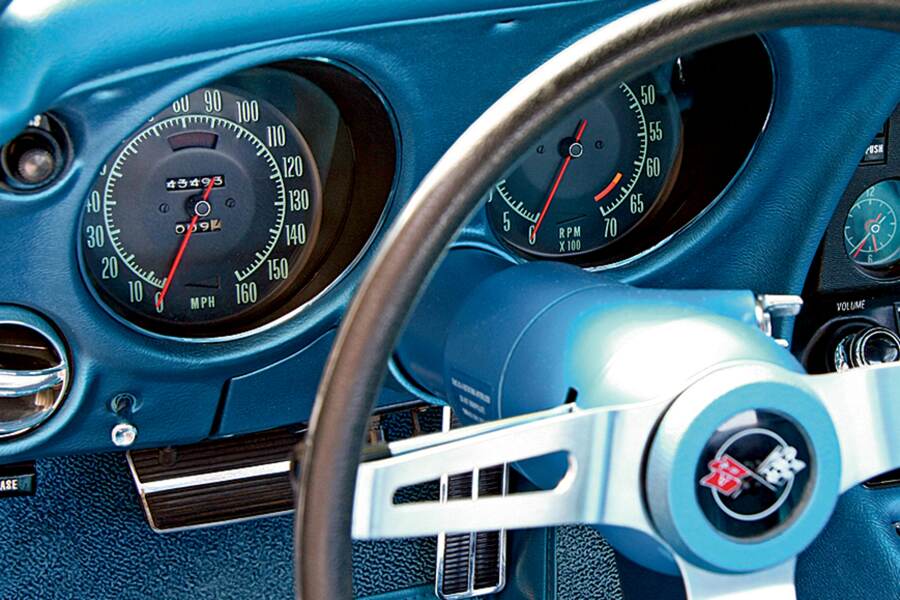 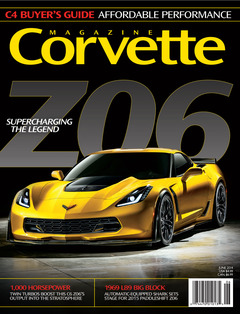