More of a C3 guy at heart, Ralph Martino didn’t plan on buying a new C4 back in 1987—yet, 25 years later, it remains one of his prized possessions. 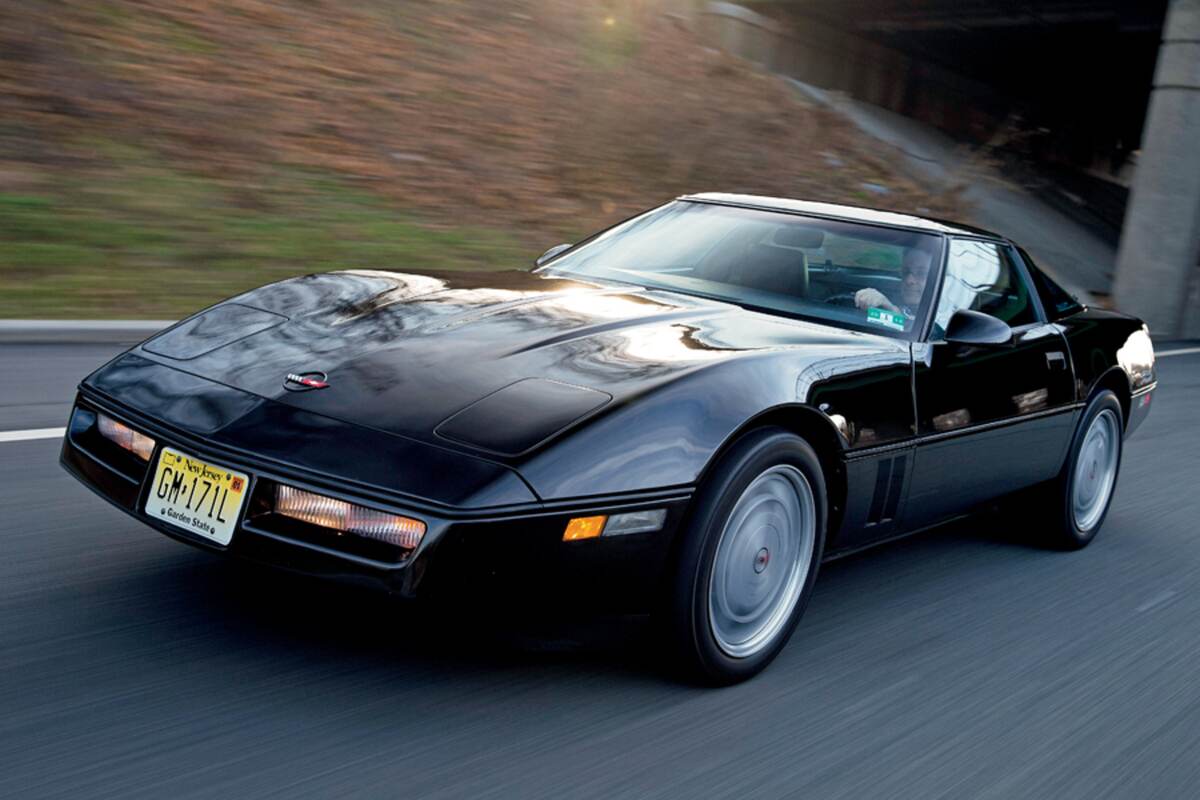 Like many other Baby Boomers, Ralph Martino was infatuated with fast cars from earliest childhood. While he liked just about every make and model he came across, his favorite was always Chevrolet’s sports car. So, as soon as he got a driver’s license and saved enough dough, he went on the hunt for a Corvette.

“My first Corvette was a black 1969 convertible with a 350-cubic-inch, 350-horsepower engine and four-speed manual transmission,” Martino recalls. “I purchased it in the early 1980s to fix up and have fun with. What a great car! The body and paint were basically perfect, but it needed a little engine work—including exhaust manifolds and a carburetor—and some other items, such as new tires, wheel-trim rings and a couple other things.”

After thoroughly enjoying the ’69 for a few years, Martino sold it in 1985. He then focused his attention on work and didn’t think seriously about buying another Corvette until mid-1987. Though he appreciated the well-rounded performance and modern conveniences of the new fourth-gen Corvette, the native New Jersian couldn’t get that sexy C3 styling out of his mind. “I had my sights on a used 1981 or ’82,” he remembers, “which had a body style I had always admired.” 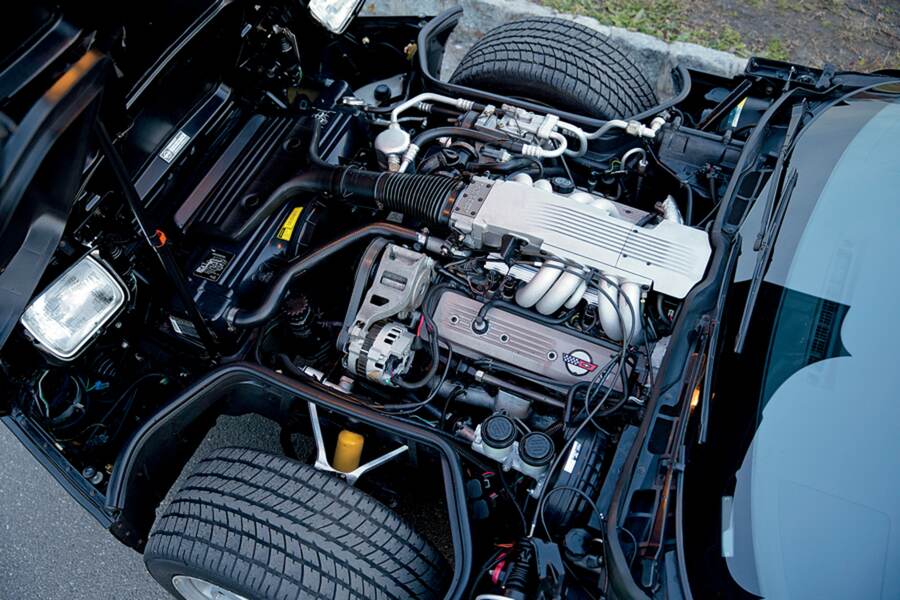 But before Martino could locate a suitable late-model C3, a friend steered him in a different direction: “It just so happened that a girl I knew at the time also liked Corvettes and was thinking about buying one herself, but she was interested in a new one. As it turned out, when I went to the dealership with her to check out the new Corvette model, I was floored when I saw how nice the brand-new 1988s were and how they seemed improved over the earlier C4s.”

As Martino scrutinized the gleaming new ’88 at the Chevy dealer, all thoughts of a shark-bodied car faded away. “The showroom floor model was a beautiful coupe with the Z52 package option,” he recalls, his excitement about that car still bubbling over. “It was being displayed with the hood open and was the first factory production car I had ever seen with 17-inch rims and low-profile, 40-series tires all around. At the time, only racing cars and a couple exotic cars had a setup like those. This display car just looked fantastic and really captured my attention.”

The deal was sealed after Martino took a new ’88 for a test drive. Though its output rating of 245 horsepower sounded anemic compared with his previous Corvette’s 350 ponies, the car was faster than he expected. According to Martino, it was a completely different animal: “My ’69 Corvette had the history of the muscle-car era of the 1960s, and although it was great to drive and look at, it had more of a raw hot-rod feel, which in a sense it really was; the new 1988 was a much more refined Corvette. Its handling ability was supposedly almost unheard of for that time period. That’s all it took, I was sold and decided to buy a new one.” 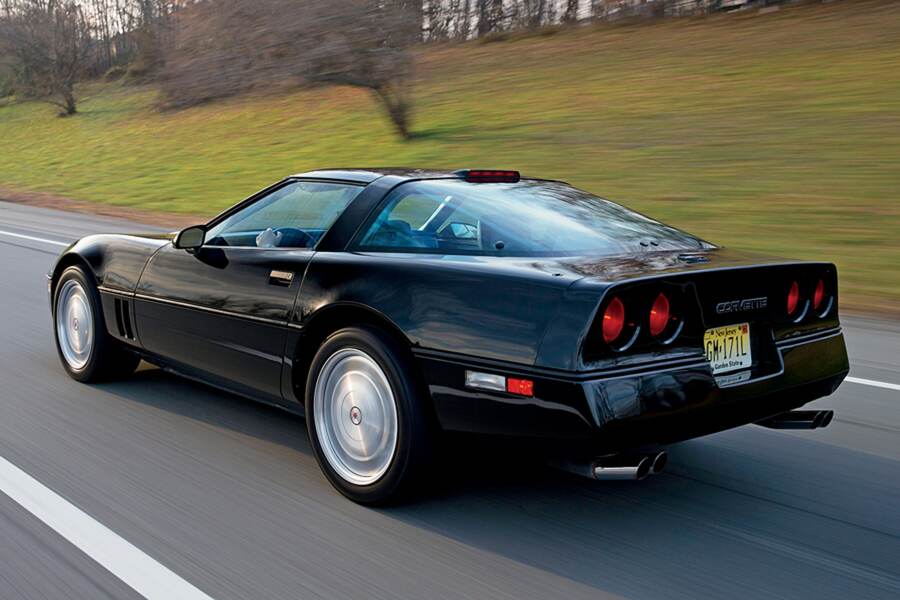 Rather than make any compromises, Martino opted to forego buying something off the showroom floor and instead ordered his new Corvette exactly the way he wanted it. That meant a black-on-black coupe with a manual transmission and the Z52 Sport Handling Package. He also checked off the boxes for leather seat covers, the six-way adjustable power driver’s seat, blue tint glass roof panel, rear window and side mirror defoggers, and Delco-Bose stereo with cassette. In mid-December 1987, only a few weeks after the order was placed, the dealership called Martino to let him know his car was in.

Though he kept his economical commuter car for going back and forth to work in inclement weather, Martino managed to rack up the miles on his new Corvette. Whether just cruising around town or hitting the highway, the driving experience was every bit as joyous as he anticipated. “I made many trips up and down the Garden State Parkway to the Jersey shore in the warmer months and spent a lot of time just cruising around northern New Jersey,” says Martino. “I even commuted with it now and then if the weather was mild, but almost all of the miles I put on it were recreational.”

Around 1998, with the odometer showing about 60,000 miles, Martino began driving his Corvette less and less frequently. Sometimes several months would pass without the Corvette turning a wheel. Then he’d uncover it, reconnect the battery and give his old friend a little bit of exercise. There was no master plan to keep the miles down in order to preserve the car. Instead, Martino just got busy with other things and didn’t feel a burning passion to drive the car all the time. That is, until 2010, when he experienced what he calls “a rebirth of interest.” 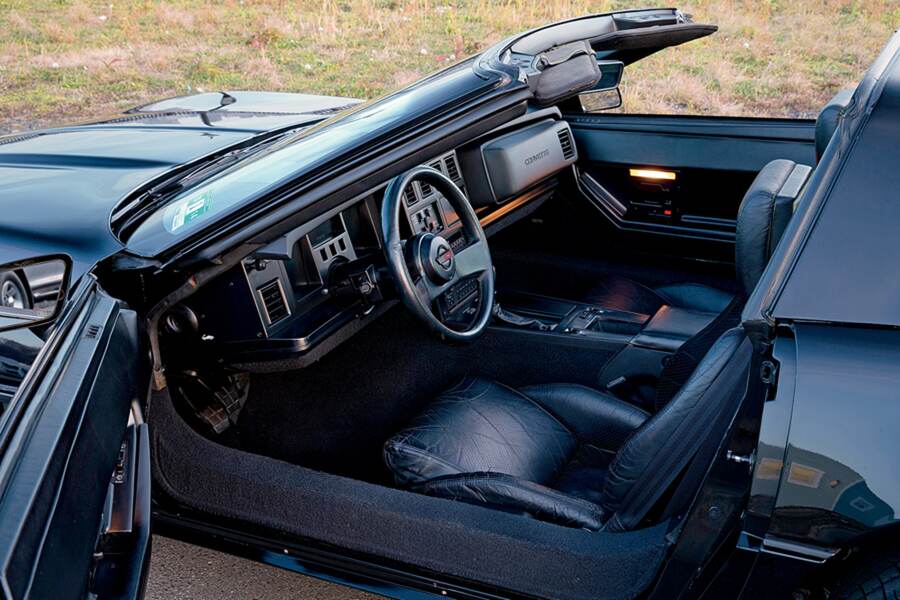 Probably as much from lack of use as anything else, a few areas of the car needed attention. One of the headlight motors quit, so he had both motors rebuilt. For safety’s sake he went through the entire braking system. To cure a small power-steering fluid leak that had developed he installed a new steering rack. The cooling system was flushed and refilled, the oil was changed and a complete tune-up was performed.

After the mechanicals were renewed as needed, Martino decided to do something he’d never done before: “I always cleaned and hand-waxed the paint myself,” he explains, “but after so many years under a cover in the garage I thought it best to have it professionally detailed, including the engine, so it would be like new.”

When he got behind the wheel, Martino says his attitude toward the car completely changed. “At this point, the car looked, functioned and ran great,” he says. “In a nice way it felt almost like it was new all over again. I now enjoy driving it on clear days and evenings and also took it back down the shore a couple of times recently, something I had not done with the car in about ten years. I’ve even taken it to a few local cruise-night car shows over the last couple of years, which I have never done before, and really enjoyed it. I also keep a few cassettes in the car from the late 1980s: Guns N’ Roses, Lita Ford and some freestyle club mixes among others. They can really bring you back in time and still sound pretty good pumping out of the Bose system.” 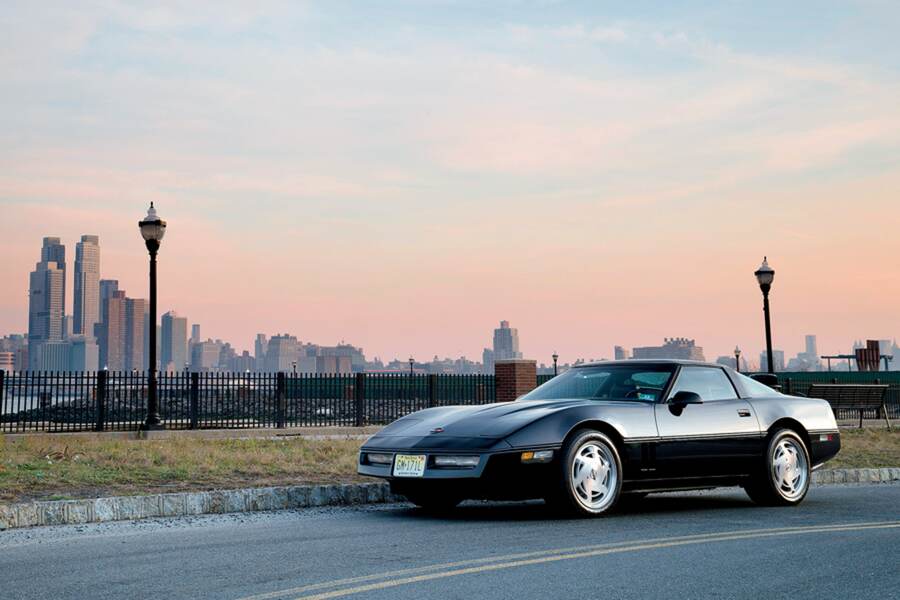 Looking back over 25 years and about 75,000 miles, Martino is very pleased with his Corvette’s reliability and cost to own and operate. “All in all, including standard maintenance, which I may have stretched out longer then I should have on occasion, repairs and operating costs on this vehicle have really been minimal,” he tells us. “Even the futuristic digital dashboard or the Doug Nash 4+3 manual transmission, which in the earlier C4s sometimes needed repairs, have never given me any issues over the years. I actually find the 4+3 overdrive convenient in some driving situations where I do not need to change gears as often as a five- or six-speed may have required.”

During the decade or so that he rarely used the Corvette, Martino did occasionally contemplate selling it, but is now grateful he did not follow through: “At this point, I am still very happy with my car and now I have no plans to sell it. Although the newer Corvettes are now obviously more advanced and have more speed, I don’t think they would really offer me anymore enjoyment than I already have and have had over the last 25 years with my black ’88!” 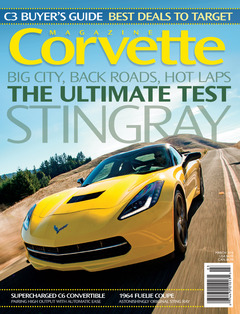