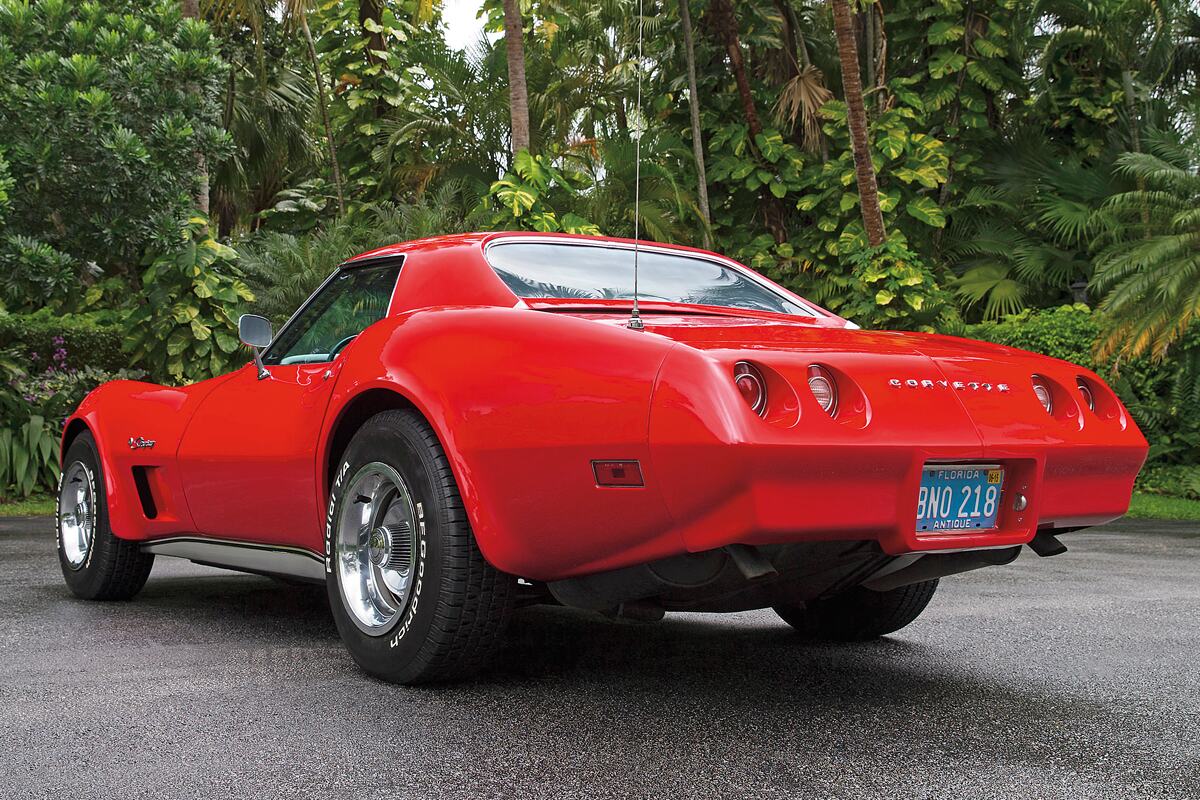 In 1974 the men and women of UAW local No. 25 worked two shifts and Saturdays in Chevrolet’s St. Louis Corvette Assembly Plant to keep pace with strong consumer demand. By year’s end they had manufactured 37,502 examples of America’s only true sports car, the second-highest production total (behind 1969) for the car at the time. The magnificent Mille Miglia Red convertible featured here, completed on the second day of March, was one of them.

On March 30, 1974, 28 days after the car was built, Arden R. Fife took delivery of the fully optioned Corvette and began what was to be a deeply enjoyable, if relatively brief, love affair with the big-block sports car. Two years and 6,500 careful miles later, he sold the C3 to his boss, Wilson Dorff, not least because the cost of operating the thirsty beast had risen suddenly and dramatically. 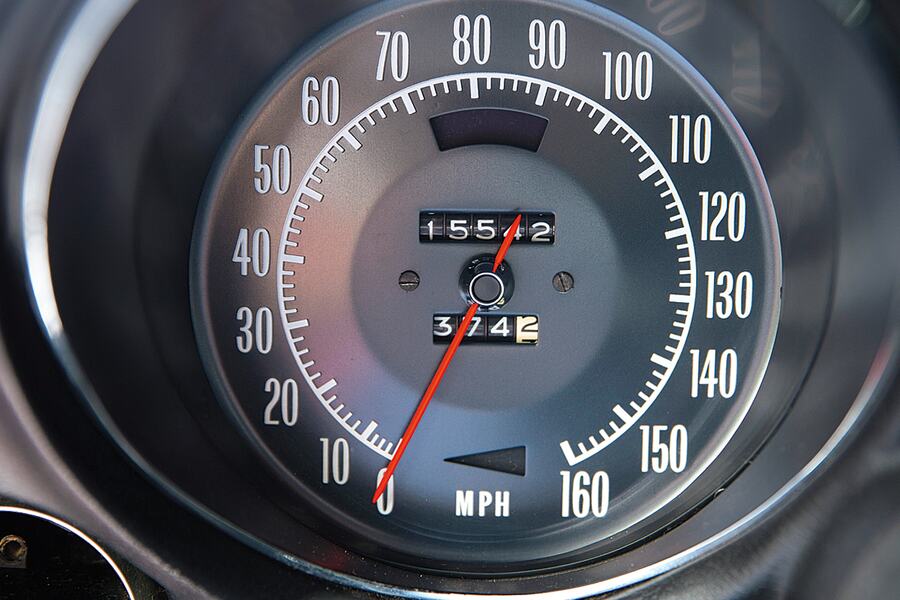 When Fife took delivery of the car in the spring of 1974, the national average price for a gallon of gas was about 40 cents, but two years later that had increased to about 60 cents, which represents a 50-percent rise. That’s a significant enough increase to trouble anyone, but it’s particularly problematic for those who need to feed premium fuel to a Corvette propelled by a voracious and highly inefficient 454 big-block.

In spite of the price of gas, Dorff got just as much enjoyment from the radiant-red drop top as did its original owner, but Mrs. Dorff held an entirely different opinion, and her disdain for the car only grew stronger with the passage of time. That, along with mounting college-tuition bills for his daughter, who was enrolled at Ohio State University, induced Dorff to reluctantly offer the Corvette, as well as his Jaguar E-Type, for sale. A man named Elwood Craft subsequently came to examine the British sports car, but ended up liking the Corvette more and bought it instead.

This happened in 1978, by which time the C3 showed about 7,000 miles on its clock, and coincidentally Craft paid $7,000 for it. That’s a substantial amount for a four-year-old car with an initial MSRP of $7,442.50, but the Corvette’s condition was virtually new and Craft was head-over-heels in love with it. The unusually high value also reflected the fact that neither the convertible body style nor the big-block engine was available in 1978. In fact, the last year for a big-block in a Corvette was 1974, and the final year for a convertible model, before it was offered again in 1986, was 1975. 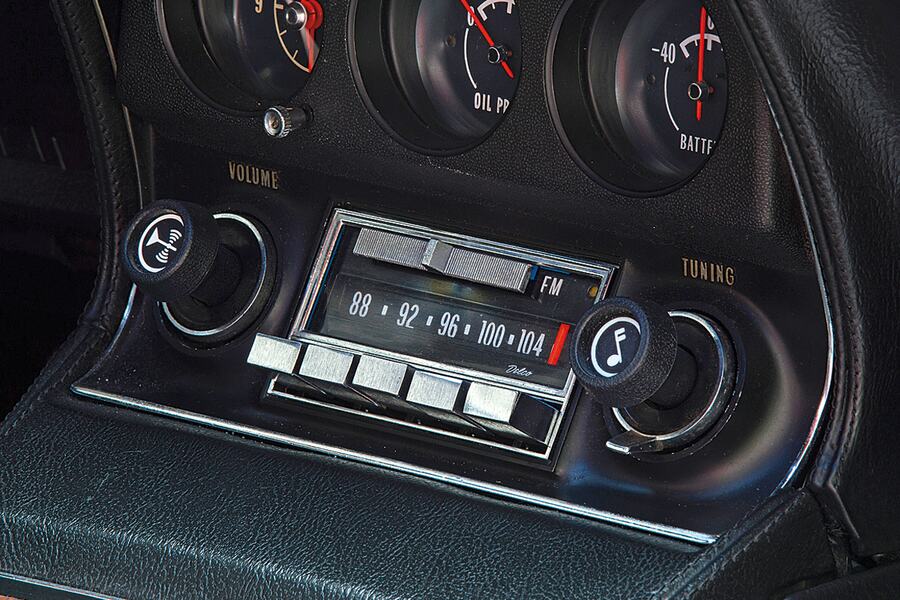 As with Mrs. Dorff, Craft’s spouse was reportedly not crazy about the car, but unlike his predecessor, Craft kept the Corvette and divorced his wife. That would ultimately come back to haunt him, as we’ll soon see, but before we get to that sad story, it’s worth examining what he did with the car. Consistent with the time period, Craft made a few minor modifications to the C3 during the eight years he owned it. These included substituting a free-flowing exhaust for the original setup, installing a high-performance Mallory distributor and coil, and adding racing stripes to the body.

Like the two prior owners, Craft drove the car, but only sparingly, adding approximately 3,000 miles to bring the total to just shy of 10,000. He thoroughly enjoyed every one of those miles, but he was compelled to sell his beloved Corvette in 1986 in order to pay alimony, and in so doing have access to his son. It certainly helped that over the course of the eight years Craft owned the car it more than doubled in value: He got $15,000 when he sold it to a gentleman named John Graham.

A lot had changed in the collector-car world, and the Corvette hobby in particular, by the mid-1980s. By then the fascination with aftermarket exhausts, ignitions, racing stripes, and the like for older vehicles was in steep decline, and the obsession with factory correctness was in full swing. Because of that Graham removed all the custom parts Craft had put on the car and installed authentic factory parts in their stead. He also had the body repainted to eliminate the racing stripes. 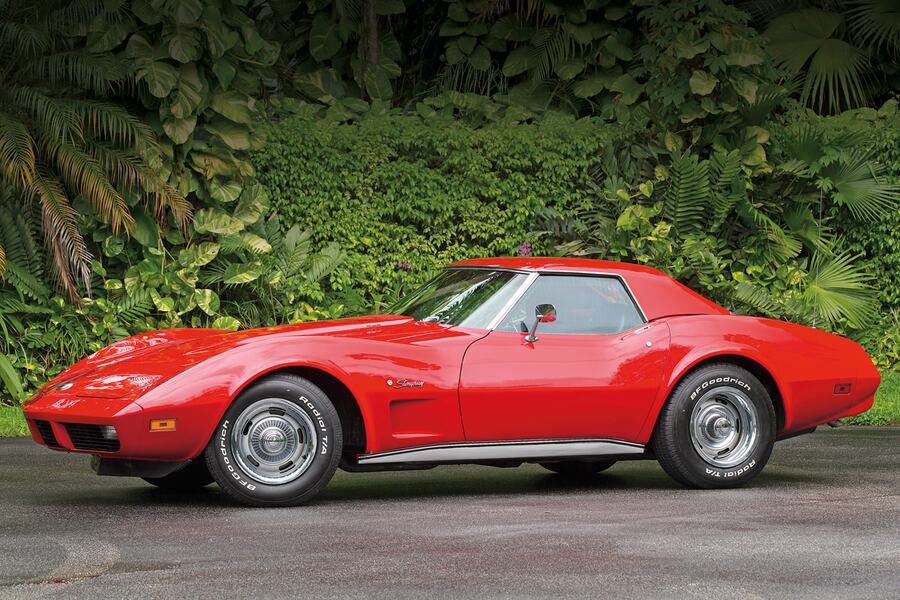 Over the course of the eight years he owned the Corvette, Graham drove it about 4,000 miles. Like the others who came before, he took excellent care of the car, preserving its never-damaged status. Curiously, Graham didn’t title the Corvette in his name, so on paper at least it remained titled to Craft. In 1994 he sold it to Dan Mershon, owner of Mershon’s World of Cars in Springfield, Ohio. At the time it showed 14,333 miles on the odometer.

In 1995 Mershon sold the C3 to an entity called JPW Leasing Company, which displayed the car in its showroom until selling it to a man named Jim Bessle the following year. As of July 1, 1996, the date it was titled to Bessle, the indicated mileage was just 14,338. In August 1997, after Bessle passed away, the car was sold back to Mershon. Mershon then sold it to Jeff Robb, by which time another 16 miles had been driven, bringing the car’s total to 14,354. Robb owned a business called Robbco Motors, LLC, which sold specific collectible and high-performance cars as well as sailboats, motor homes, and small airplanes.

Robbco is conveniently located adjacent to Buckeye Intra-National Airport, and Jeff Robb occasionally “exercised” the big-block Corvette on the airport’s runway, easily reaching triple-digit speeds. When not driving the car, Robb parked it in his business’s showroom, presumably as a display piece rather than an item of inventory because he kept it for more than six years. When he did sell the car, it went to Harry Nye with 14,564 miles on the clock. 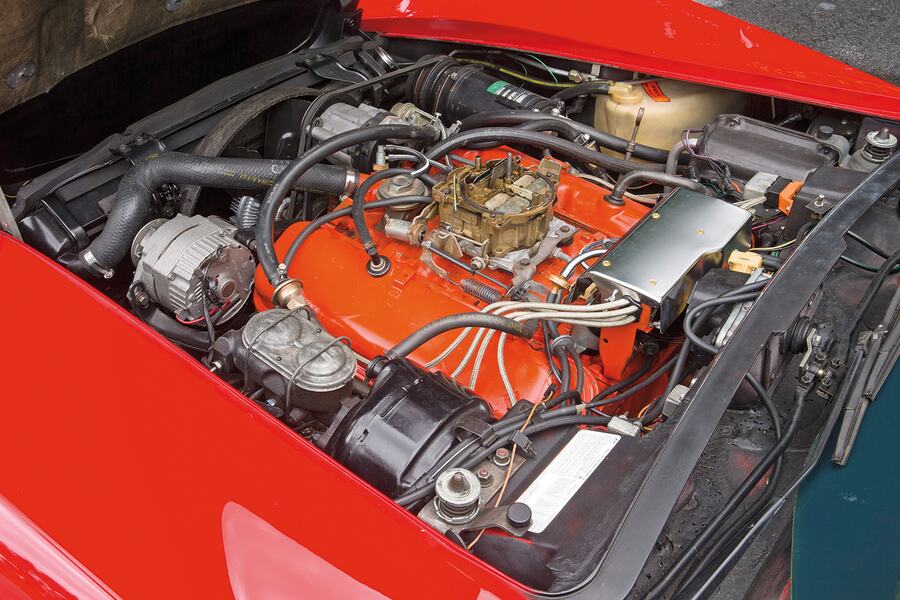 As with all previous owners, Nye drove the car sparingly so as to not damage it or introduce any unnecessary wear. In May of 2007, some four years after buying it, he sold the car to a man named John Craddock, at which time it showed 14,709 miles. Craddock had a private collection of more than 50 cars and rarely drove the ’74, though like almost all of the vehicles in his collection, it was started and heated to operating temperature every other week.

A couple of years after acquiring the ’74, Craddock sold the car to a dealer who in turn sold it to Miami, Florida, resident Hernan Zapata. Under Zapata’s stewardship it went to noted Corvette restorer and authority Dave Walters, owner of Walters Engineering, in order to prepare it for Bloomington Survivor certification.

Though the car had traveled only a little more than 15,400 miles at that point, and had been extremely well cared-for by all its prior owners, time had taken a toll on things like the suspension bushings and various other rubber parts. Also, after four decades the underside was a bit dusty and dirty in places. The team at Walters Engineering replaced the bushings and other deteriorated components with correct items and systematically cleaned the chassis, engine, and interior, returning all three to as-new condition without adversely affecting their originality. 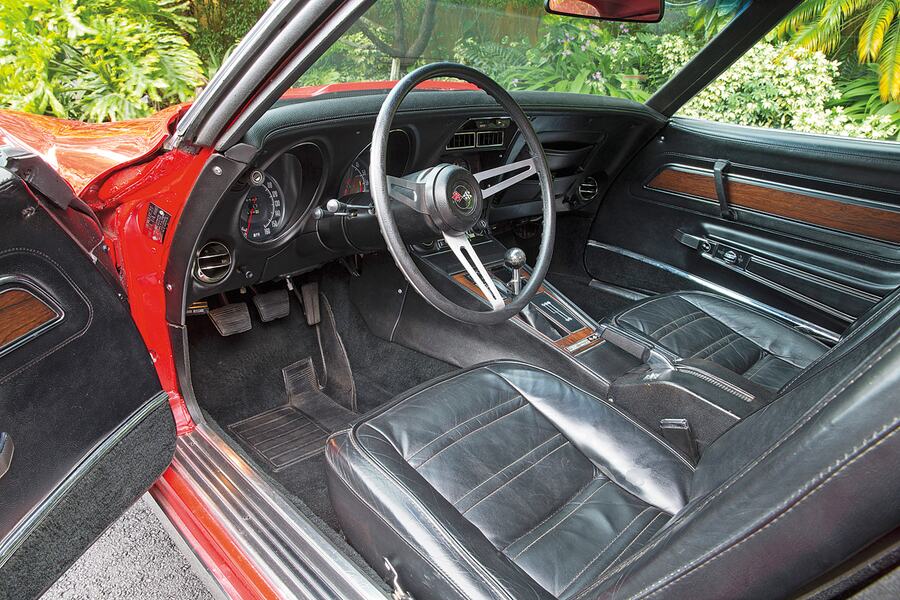 On June 29, 2013 the Corvette went through the Bloomington Gold certification judging process, and the following day it went through Survivor judging. Perhaps unsurprisingly, it passed these two highly rigorous evaluations with ease. Though Zapata was the owner of record for this prestigious award, the honor was earned by each of this beautiful car’s past caretakers because they all played a role in caring for and preserving it over the years.

Though a lot of ’74 Corvettes were initially produced, only about 15 percent were convertibles. Add in this car’s rare combination of desirable options, especially the big-block engine, four-speed gearbox, and air conditioning, and it’s likely that no more than a couple of hundred like it were made. Of those, very few survive in the condition of this one, making it a highly desirable car indeed. 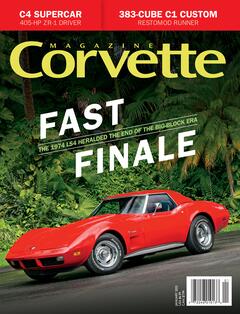 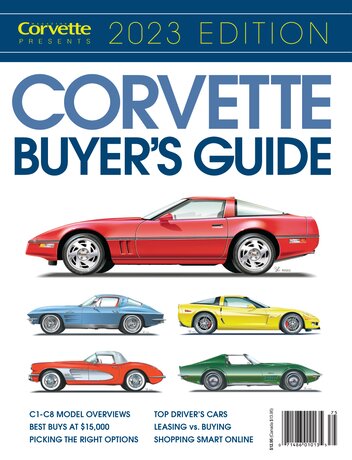