As this supercharged C7 shows, today’s Corvette enthusiasts are just as passionate as their forebears 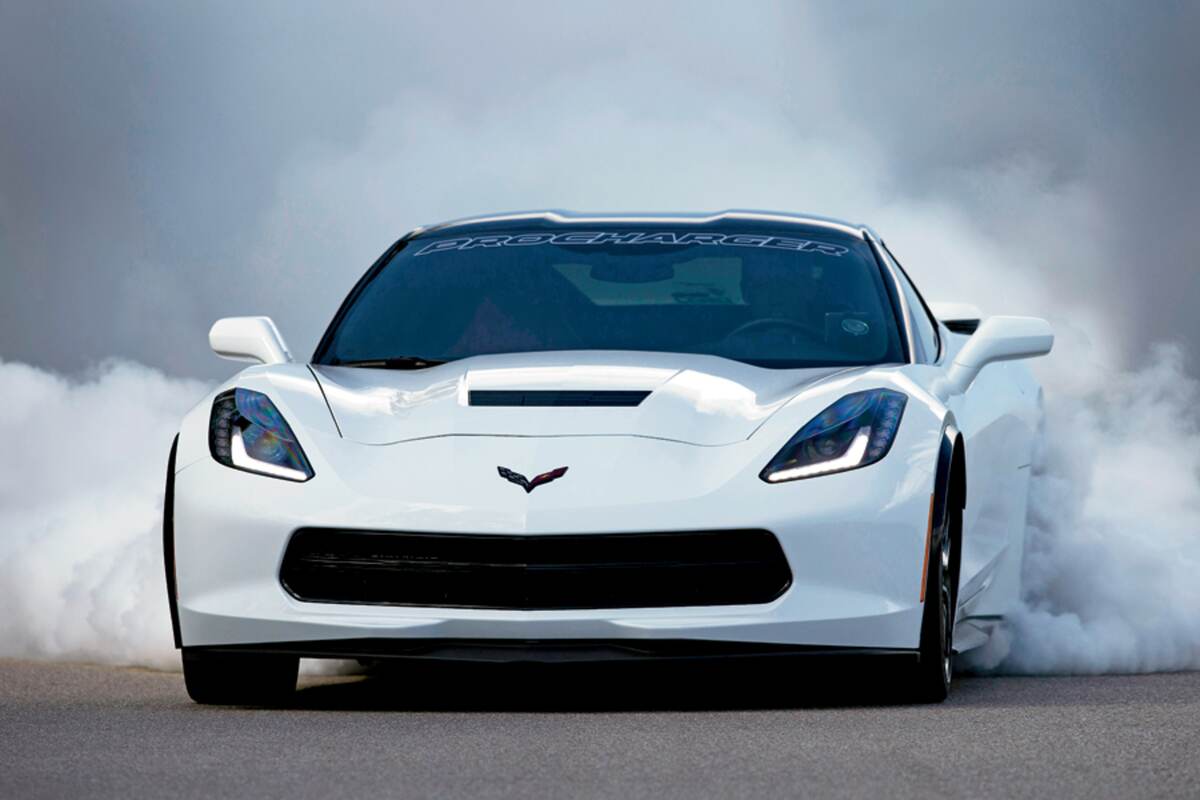 Put Garrett Mitchell in the middle of a Corvette crowd anywhere, and he’ll stick out like an aching pollex—not just because he’s the tallest person in the mix at 6’6”, but because he’s inevitably the youngest. At only 20 years old, Mitchell has managed to work his way into his own C7. Not surprisingly, it was his passion for fast machinery that landed him the job that funds his passion for fast machinery.

“I was driving down the street in Omaha, Nebraska, in my Whipple-supercharged F-150,” he recalls, “and a Mazdaspeed 3 pulled up next to me at a stoplight. The next thing we did was race. After that, the kid driving the Mazda told me he’d hit me up the next time they were having a car meet. His name was Chase Lautenbach, and we quickly became best friends. Through Chase I met Kyle Loftis, the owner of 1320video.com, which is a video production company for all types of racing throughout the U.S.”

Mitchell’s unbridled enthusiasm for anything that goes fast made him a perfect fit for 1320video. His first job with the company was posting on Instagram, when the site had only a few thousand followers. Over the span of a few short years, the site grew exponentially and Mitchell’s role grew in proportion. “Four years later I’m running all components of the online marketing and social media, with three million Facebook followers, nearly half a million Instagram followers and over one million YouTube subscribers. It’s changed my life for the better in so many ways, and I cannot thank Chase and Kyle enough. They’re both quite a few years older than me and welcomed me into the family when I was still pretty young.” 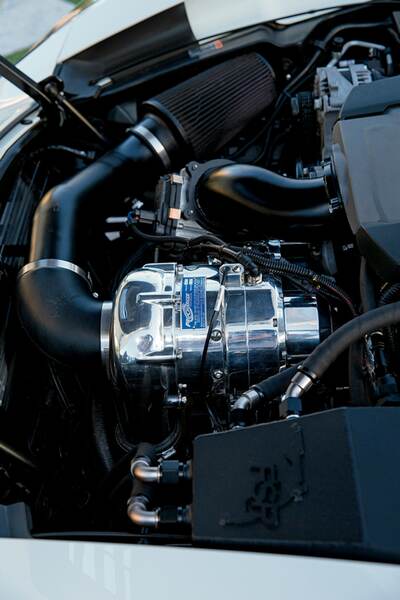 While Mitchell’s work for 1320video behind the scenes has been instrumental in the site’s growth, he’s also become something of a celebrity via his on-camera work. “Heck, I get recognized out in public at least once or twice a week. I’m usually asked for a picture, signature, ‘shout out’ or something of the sort. Although I’m a full-time student at the University of Tampa [Florida], it hasn’t gotten in the way of me working full time [too]. I’ve worked my butt off for awhile, and nothing makes me prouder than seeing my work pay off.”

And of course the biggest manifestation of that payoff is Mitchell’s C7 Corvette. He considered buying various other cars, but his analysis of all the factors that mattered—including styling, performance and value—kept bringing him back to the seventh-generation Vette. In the summer of 2014, he ordered a white coupe with black wheels, red interior, ZF1 trim, the Carbon Flash badge package and a transparent roof. It reached the Chevy dealership in October, and Mitchell rocketed down there to pick it up—only to discover that it had arrived with the wrong-color wheels. The dealership offered to order new replacement rims, but they would have taken up to a week to arrive. Mitchell couldn’t wait another second, so he brought his new baby home that day.

To give the car a slightly more aggressive look, he installed an ACS Composite fiberglass front lip and side skirts, Z06 front fender flares (painted to match the body by i80auto in Omaha) and a black “C6 imitation” top by Nuhic Designs. 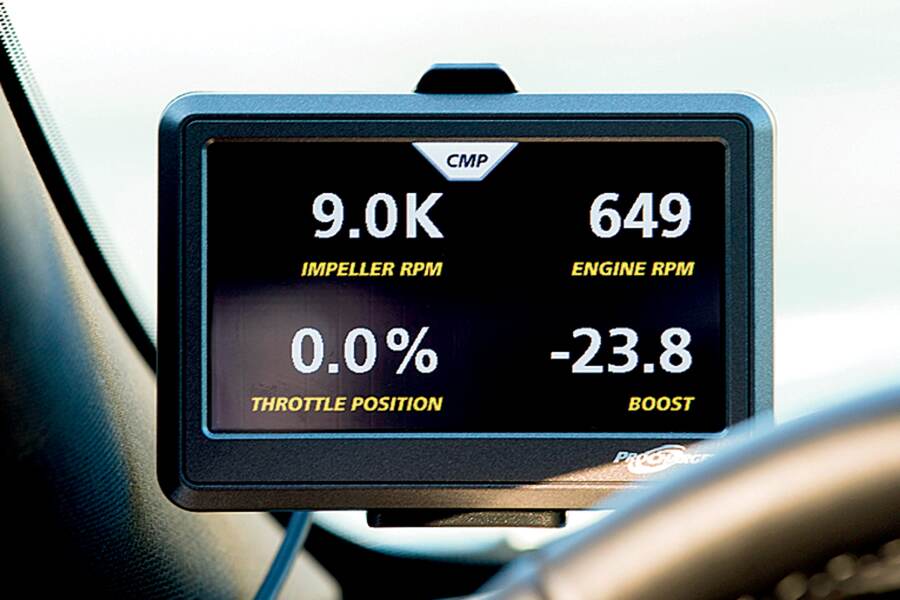 Predictably, it wasn’t long before the Corvette’s out-of-the-box performance left Mitchell wanting more. “When I bought the [car], I was impressed with the speed, but I knew it had much more potential. That’s when I got in contact with Matt at Florida Speed and Power. Today the car makes 660 horsepower and 640 lb-ft of torque at only 2,800 rpm, mostly thanks to [the] wonderful i-1 ProCharger system under the hood.

“Not only does that thing shine at car shows, it turns heads when [it] releases its boost pressure, making an insanely loud ‘whoosh’ noise,” he effuses. “It’s hands down one of the best-sounding blowers on the market, in my opinion. The car is just a blast to drive, and I’m definitely not afraid to use its power. When you put your foot down, the dang thing takes off like a rocket.”

ProCharger’s innovative i-1 allows the driver to switch between three preset performance modes, as well as a custom mode, via a small touch-screen display in the cockpit. The centrifugal supercharger has an integral “dry hybrid” CVT-type gearbox that employs a small, high-torque, permanent-magnet electric motor to move the CVT sheathes in and out. In so doing, it changes the unit’s drive ratio, and thus its boost level, in 250-rpm increments. At its lowest setting the blower offers virtually no boost, while at its highest setting it supports up to 800 hp at the flywheel. 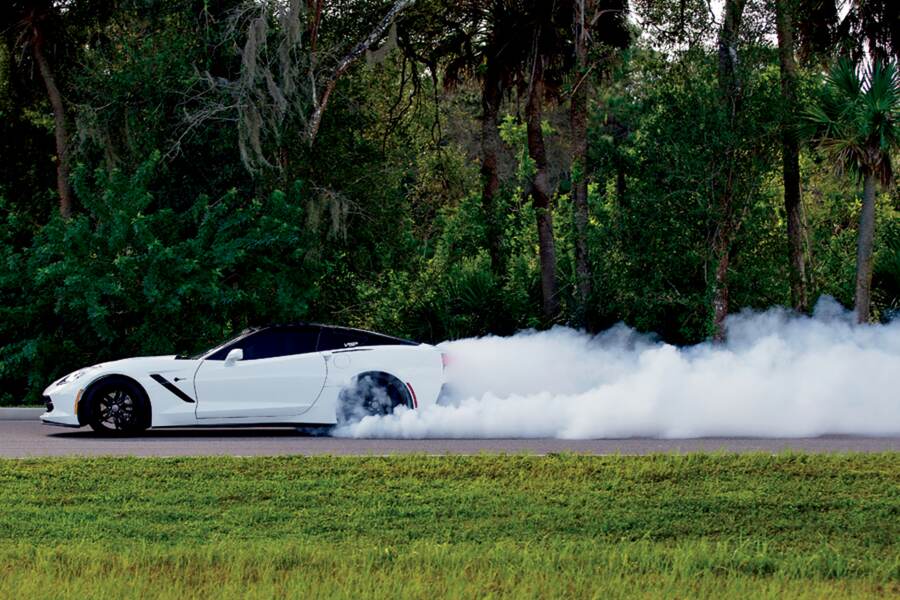 Although the i-1 comes packaged with an air-to-air intercooler, Mitchell had Florida Speed and Power install an AlkyControl Methanol kit as well. The result is an engine that is virtually impervious to detonation.

As is typical when dealing with such big power and torque numbers, the factory tires couldn’t put it all to the ground, as Mitchell quickly learned. “Unfortunately, right now on the current tire setup it’s really only good for smoky burnouts,” he says with an ear-to-ear smile. The trick, then, to making the most of the supercharger is dialing in exactly how much power the rubber can handle and then applying it with precision, something Mitchell seems to have mastered pretty quickly.

“I remember the weekend that I got the car back from having it supercharged and tuned. I took it to the drag strip and placed Second in a ‘No Prep’ race. [The experience] was a blast, and that’s when I knew I was truly in love with the Vette.” 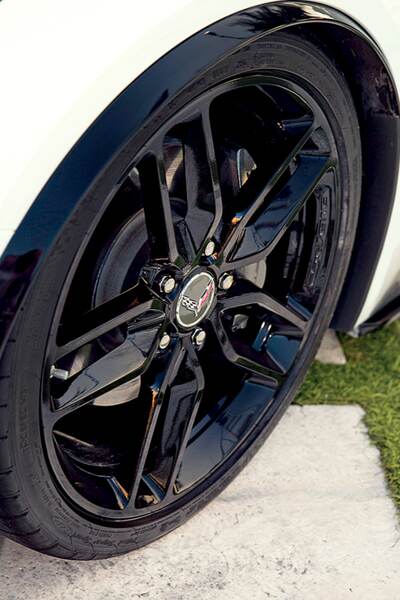 While driving his C7 to its full potential gives Mitchell visceral thrills, the car represents far more than just a fast ride for him. It’s the validation of his belief that hard work is rewarded, and it’s the focal point of an entire lifestyle in which his involvement with Corvettes and the car world in general extends to everything he does.

“This Corvette signifies all my work over the years. I put most of my money into it, and it gives me more joy than I can even put into words,” he says. “Although cars are something fun for most people, my life literally revolves around [them]. When you have a full-time job in the automotive industry, there’s hardly any time…that you can get your mind off of these awesome machines. But I consider myself lucky that I’m in this position, and that I get to make money while enjoying my passion with some of my best friends.

“It’s pretty crazy to sit back and look at the fact that I met 90 percent of [those] friends at a gas station or a stop light, and that my career and some of the most important relationships in my life were all sparked by a passion for cars.” 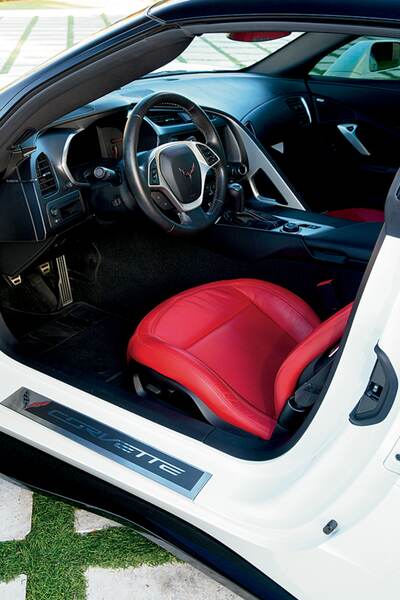 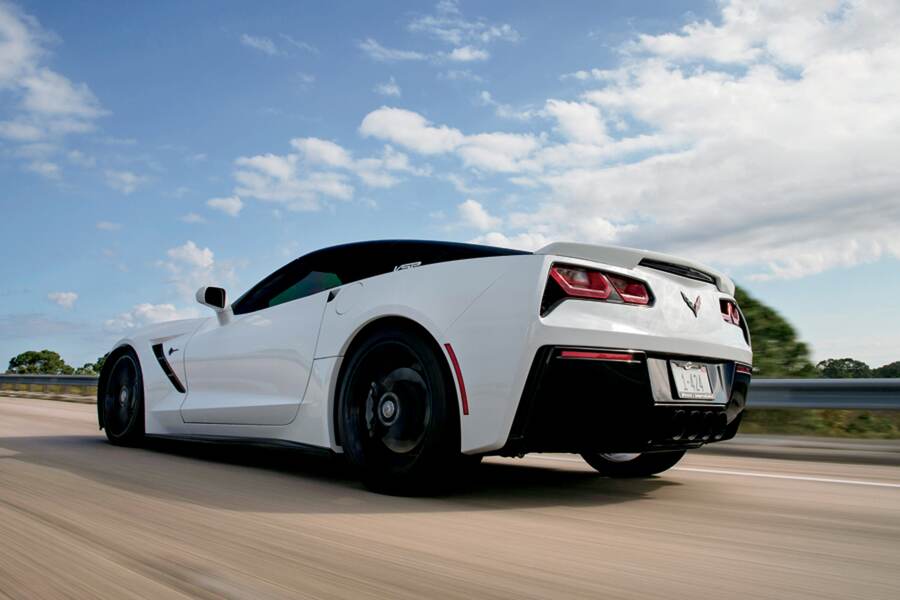 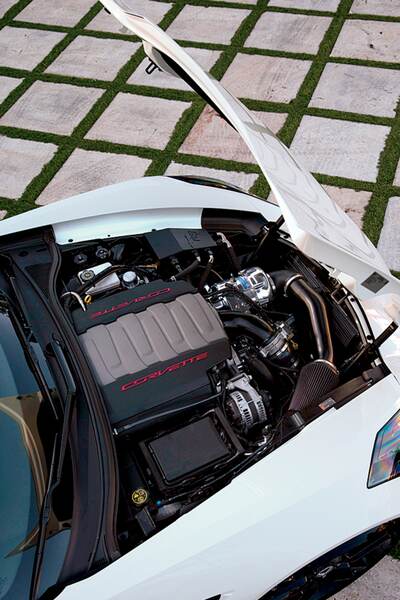 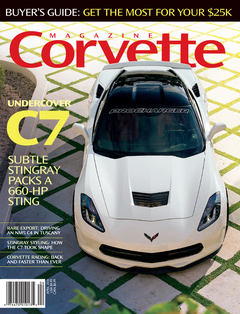