A "Flare" for Performance 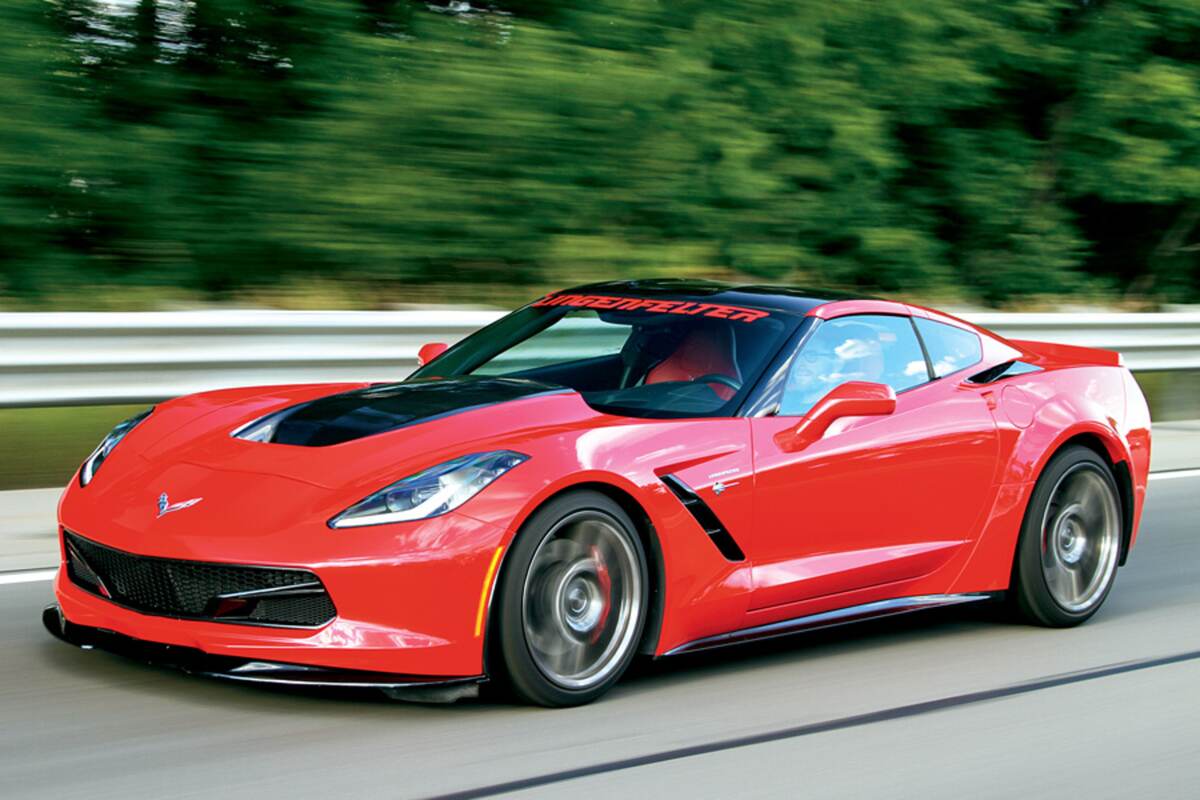 The good folks in Bowling Green had barely finished pushing the first production C7 Stingray out the door before Lingenfelter Engineering Performance (LPE) snagged one for research and development. More than one, actually.

Indeed, while most people were still coming to grips with the Stingray’s rhomboid tail lamps, Lingenfelter’s engineers and technicians in Decatur, Indiana, had already yanked the car’s LT1 engine and were testing different camshaft grinds and ported heads on it. Since then, the company has since introduced a number of LT1 engine upgrades ranging from a naturally aspirated 550-horsepower package to a take-no-prisoners, twin-turbo stroker rated at 1,000 horses.

The LPE crew even developed a “stage” kit for the Z06 model, which nudges its 650 pressurized ponies to 720 hp with a pulley-size change and other enhancements. That’s all well and good for those who waited for the factory-supercharged Z06 to go into production, but what about those antsy Stingray owners who just had to be the first on the block with a C7, and now find themselves in the grips of blower envy? 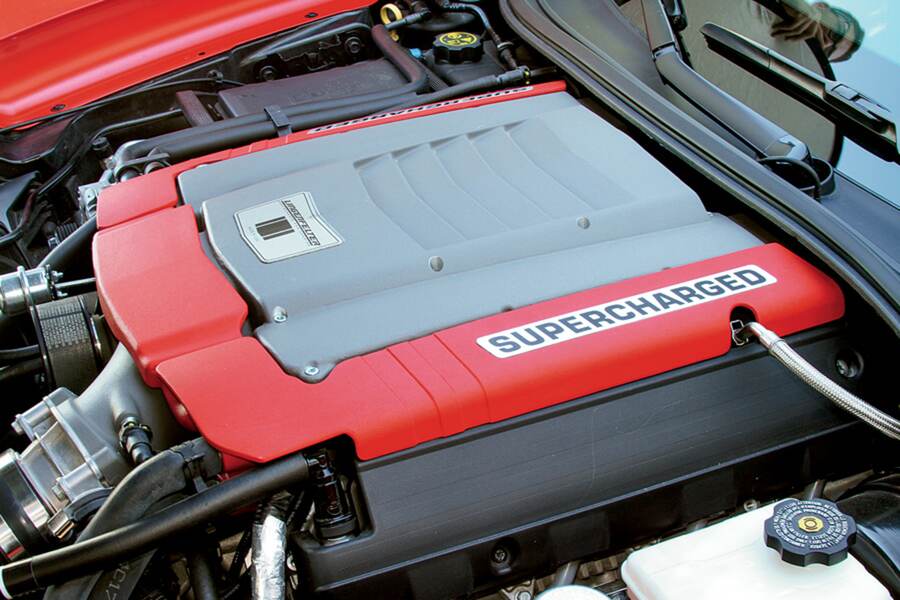 LPE’s got that covered, too. In the middle of that menu of LT1 upgrades are a couple of packages that employ an Edelbrock E-Force supercharger, and that’s just what we sampled in the red rocket-ship R&D Stingray seen here. In addition to the force-fed Gen V small-block engine, the car is distinguished by unique exterior features that include a new hood and wider fenders out back. The flared rear quarters extend 2 inches per side beyond the factory Stingray fenders, enabling the massive, 335mm-wide rubber from the Z06 to be squeezed within the confines of the bodywork.

No, it’s not exactly the IMSA-inspired wide-body styling of those Greenwood conversions from the 1970s, but it’s still a significant change over the factory look. Moreover, the voluptuous contours of the replacement rear quarter panels add subtly sexy flair to the car’s overall appearance. (Note that the flared fenders and extractor-style carbon-fiber hood seen here were still undergoing evaluation for production as we went to press, so they may not be available through the company’s website when this issue hits mailboxes and newsstands.)

“Functional aesthetic enhancements have long been part of our Corvette program, dating back to the C4 generation. [W]hile we’re still determining whether these items are the right products for our portfolio from a performance standpoint, we’re also listening to the reaction to the development car from our customers,” says Ken Lingenfelter, the head honcho and chief check signer at LPE. 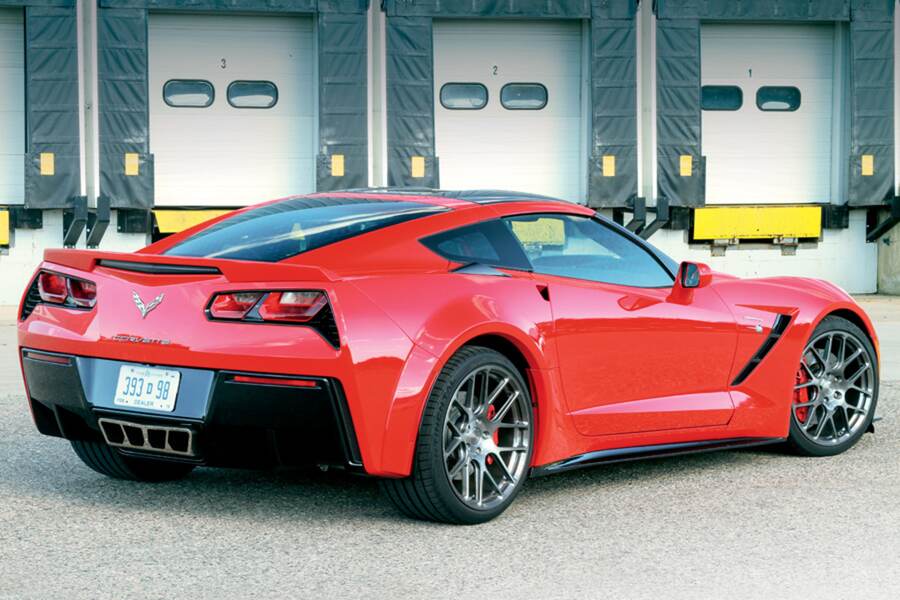 For the record, those widened quarters are filled with 335/25ZR20 Continental tires stretched over Forgeline wheels. The front tire size is 245/35ZR19.

Let’s get back to that supercharged LT1 for a moment. As we mentioned, the package is based on the Edelbrock E-Force positive-displacement system, which employs Eaton TVS four-lobe rotors—the same design introduced on the C6 ZR1’s LS9 and carried over, albeit somewhat revised, in the C7 Z06’s LT4. The TVS configuration is renowned for delivering a broad power band, with a strong balance of low-rpm torque and horsepower that is sustained through the upper rpm range. In the case of the LPE package, torque comes on strong and holds steady, crossing the 550-lb-ft mark by about 3,000 rpm and remaining above it past 5,500 revs. It peaks at 600 lb-ft at 4,000 rpm. That’s a lot of grunt for a Stingray coupe that weighs approximately 3,350 pounds with the blower installed.

Power builds to a 624-hp peak at around 6,500 rpm, which, on LPE’s chassis dyno, translates to 555 hp and 540 lb-ft at the tires. The installed price for the blower system, including the calibration upgrade and dyno tuning, is a couple bucks shy of $11,000 at the Decatur facility. Considering it delivers nearly the power of the Z06’s supercharged engine, it’s a reasonable value in our estimation. 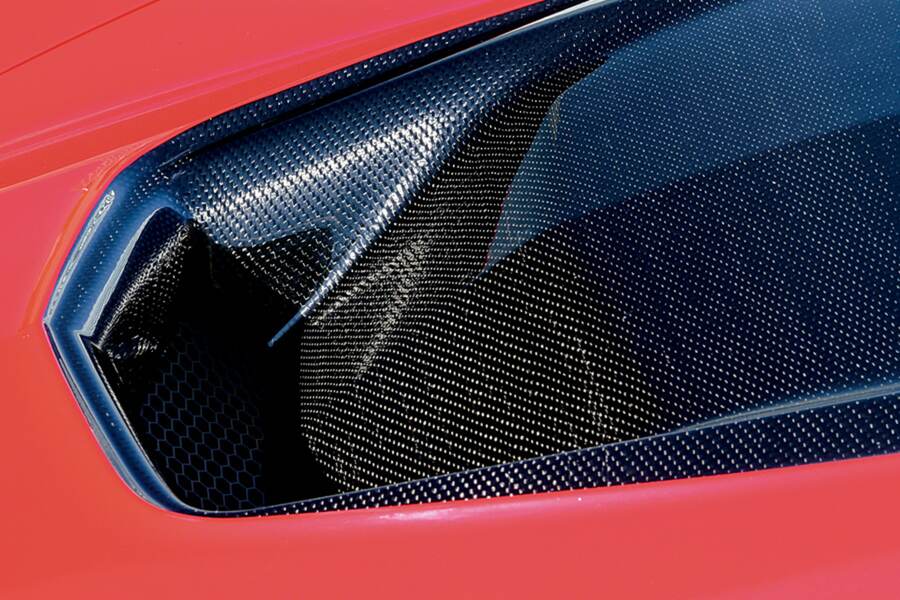 One more thing: The system retains the factory Active Fuel Management (cylinder deactivation) and camshaft phasing, and it works with the LT1’s direct-injection fueling system. The development car we sampled also wore Stainless Works headers and a Corsa exhaust system.

Was it fast? You bet. It was very refined, too, with the blower delivering a seamless rush of power with no apparent plateau. The calibration seemed spot-on, too, and we didn’t detect any hiccups or flat spots during acceleration. No idling issues, either.

Still, we’re living in the golden age of street performance, where 1,000-hp combinations aren’t uncommon. So, while the LPE ‘ray was seriously speedy, it wasn’t exactly the fastest Corvette we’ve ever sampled. That’s nothing, however, an intercooled checkbook can’t handle. 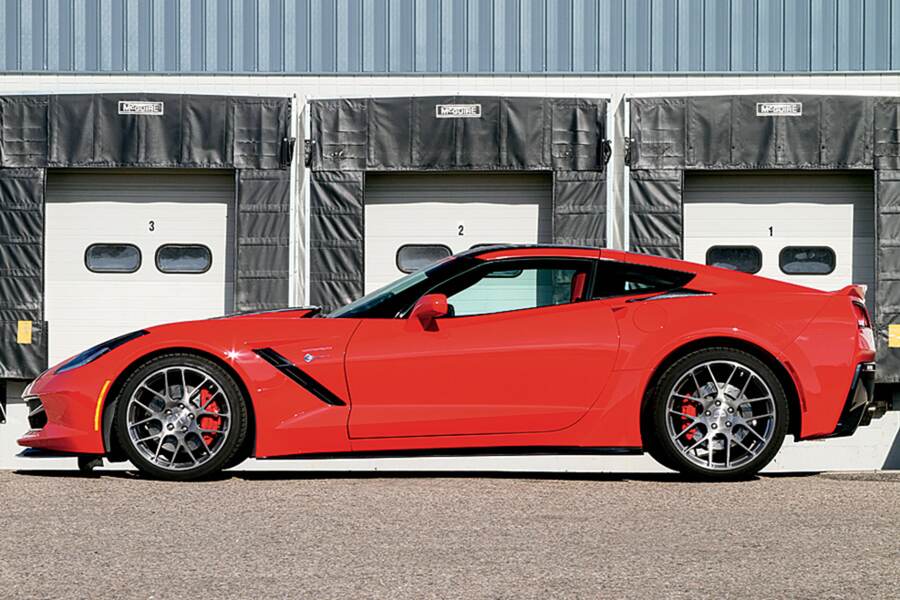 LPE can also do the blower with a heads-and-cam package to push output to an even 700 hp and 665 neck-tugging lb-ft. Heck, they’ll even do it all and swap the crankshaft for a Callies 4.00-inch stroker unit, which takes the LT1’s displacement from 376 cubic inches to 417—and output to 750 hp and 700 lb-ft. The blower/stroker combo chimes in at a healthy $25,585. That not cheap, but with 750 supercharged horses on tap, there’s little to worry about from anything else you’re likely to encounter on a midnight freeway.

We’ll not be flip about pricing, because cost is a factor for enthusiasts across the spectrum. A new Stingray starts around $55,000 and can easily push past $70,000 for the loaded 3LT trim and Z51 package. The Z06, on the other hand, starts at around $79,000 and zooms to more than $88 large for the top-line 3LZ trim. Add the eight-speed automatic, some optional wheels and the Z07 package, and you’ll quickly eclipse the $100,000 threshold.

Quite frankly, there’s a big difference between, say, a $65,000, moderately equipped Stingray and a balls-to-the-wall, $105,000 Z06, and it appears Lingenfelter is trying to straddle that line. 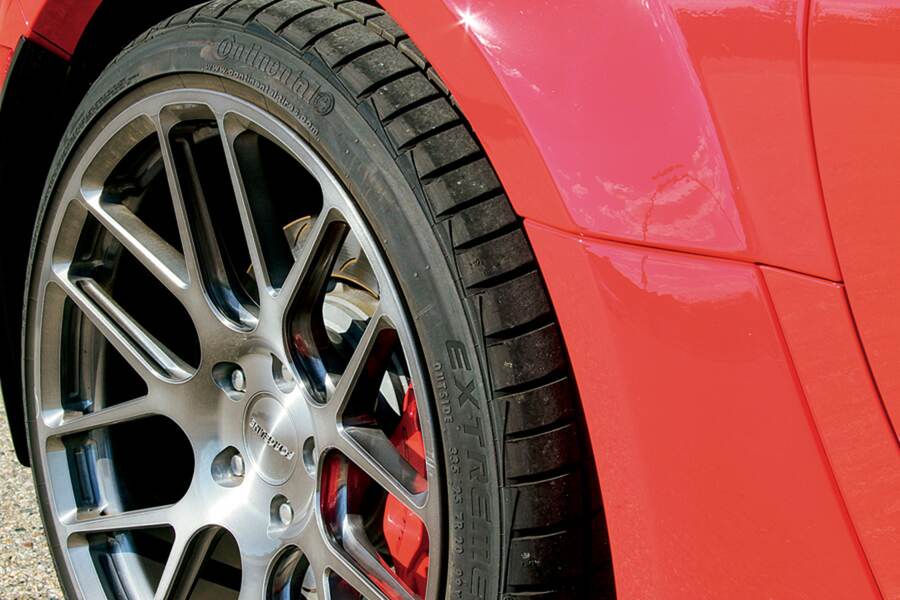 “We envision a car like this—[with] the supercharger and the wide body as a complete package—as something in the mid-to-upper-$80,000 range, when you factor in the cost of the car and upgrades,” says Lingenfelter. “It’s a car for those who want more than a C7 offers from the factory, but aren’t quite ready for the full Z06 experience—or can’t quite make the leap there with another $20,000 or so. It also offers unique styling that separates it from all other Corvettes.”

While that’s certainly true, our time with both the car and the countless Corvette owners we’ve encountered over the years suggests that the LPE Stingray’s core appeal lies in its tuner exclusivity. After all, anyone with the means can buy a Stingray or Z06 off the showroom floor, but having one enhanced by Lingenfelter brings with it admission to an elite fellowship of savvy, uncompromising owners. To those customers, it’s not merely the numbers spat out by the chassis dyno, but the proud engineering legacy behind them.

Hey, there’s a reason some people would rather spend $5,500 or more for a custom Fezzari mountain bike than enter an Ironman triathlon on the nicest Huffy. No matter how well the factory did—and they’ve done a masterful job with the C7—a bespoke performance combination will always appeal to that certain cadre of enthusiasts. They’ll be the ones turning to Lingenfelter with their Z06s, too, because no matter how much the factory delivers, those owners will want more.

In this case, it’s a Corvette that delivers signature speed along with enough visual distinction to draw the attention of like-minded enthusiasts, all while straddling a unique price point in a market with a broad range of players.

It’s a tough challenge, but if anyone can pull it off, it’s Lingenfelter. 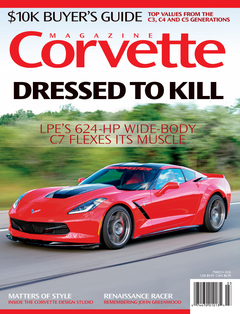